Multiple award-winning Ghanaian artist Bisa Kdei is in the middle of talks with Kanye West’s Good Music label for an international record deal.

While Kdei, who is currently in the United States on tour, performs in a number of U.S. cities, he plans to finalize a record deal with West, according to GhanaStar.

In an interview with New York radio station HOT 97, Kdei touched on a number of issues, including his genre of music known as hip-life, (a subgenre of high life), his plans for the future, and a forthcoming record deal with the Good Music label.

Kdei, however, declined to disclose the details of the deal, telling the radio host instead, “It’s good to let actions speak instead of showing off or disclosing unconfirmed results, so for now permit me to talk less about this until everything goes on as planned.”

Born Ronald Kweku Dei Appiah in Accra, Ghana, Kdei, 30, hit the limelight in 2012 with the release of a single that served as the official soundtrack of a Ghollywood movie. He followed the single’s success with the release of his 16-track debut album, “Thanksgiving,” in 2013. The album enjoyed favorable reviews and debuted at No. 1 on local music charts. 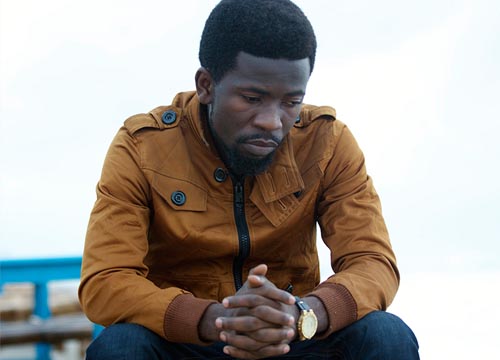 In 2015, Kdei released the sophomore 10-track album “Breakthrough,” with the lead single “Mansa” dominating music charts in Ghana and much of West Africa.

Kdei is also an accomplished music producer who has worked with artists, such as Sarkodie, D-Black, Efya, Obrafour, Kwaw Kese, and Patoranking. His musical influences include Nana Ampadu, J.A. Adofo, and Nana Acheampong.

He is the winner of several awards, including Best Movie Soundtrack of the Year at the Ghana Music Awards and Best Singer at the 2015 Teen Choice Awards. Kdei has also earned nominations at the 2013 MTN 4syte Music Video Awards for Best Storyline Video, Best Hiplife Video, Best Highlife Video, and Best Discovery Video.