There has been documentation that during slavery and into the 20th century, black babies were used as alligator bait.

It has been reported that profit-seeking white hunters used black “slave babies” to lure alligators out of the swamps to be killed for their skin.

Many people, including those residing in a town called Chipley, Florida where the practice is also reported to have taken place, have claimed that the baby-alligator bait articles are false and absurd. 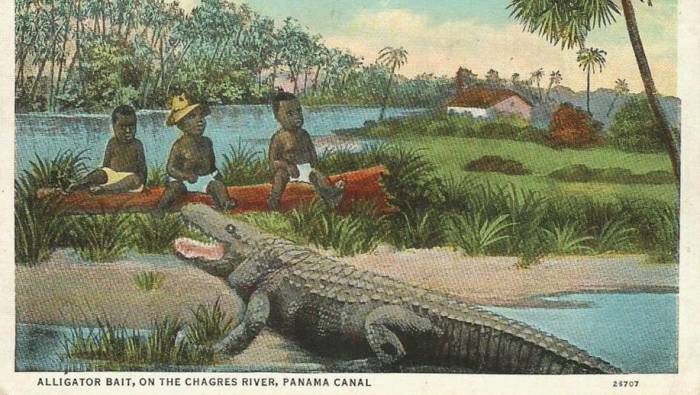 Black babies were allegedly used as alligator bait in the past

However, documents from the Jim Crow Museum through newspaper articles, seem to confirm that the horrendous act did occur.

In the 1800s-1900s, alligator hunting was very profitable as the skins were used to make bags, belts, shoes and other items. But these white hunters often lost their arms and sometimes their lives “as they rustled the swampy waters at night attempting to attract alligators to the surface.”

So they did the unthinkable: they used babies of enslaved black people as bait.

In a Washington Times article on June 3, 1908, a New York Zoological Gardens’ zookeeper sent two black children into an enclosure that housed more than 25 crocodiles and alligators.

The children were chased by the hungry reptiles, and in the process, the alligators and crocodiles were led out of the reptile house, where they spent the winter, into a tank where they could be viewed during the summer. The article stated:

Two small colored children happened to drift through the reptile house among the throng of visitors” and they were “pressed into service. The alligators “wobbled out as quick as they could after the ebony mites, who darted around the tank just as the pursuing monsters fell with grunts of chagrin into the water. The alligators were “coaxed” into their summer quarters by “plump little Africans.

The zookeeper believed that alligators and crocodiles had an “epicurean fondness for the black man.” 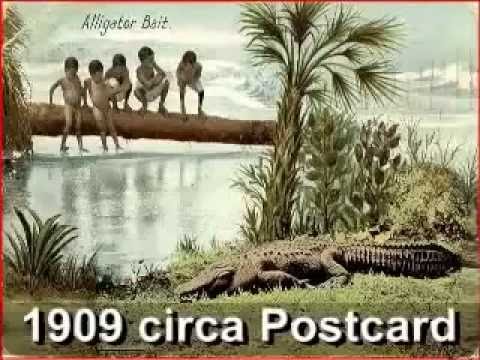 Hunters made postcards, pictures and trinkets to commemorate the practice — YouTube

The article did not mention whether the said zookeeper was punished, confirming the belief that the lives of those babies and children were probably not worth it.

But the zookeeper was not alone in this, as the inhumane practice reportedly occurred in the American Everglades.

Time magazine, in 1923, reported that “colored babies were being used for alligator bait” in Chipley, Florida.

“The infants are allowed to play in the shallow water while expert riflemen watch from concealment nearby. When a saurian approaches this prey, he is shot by the riflemen.”

According to a Miami New Times article, alligator hunters would sit crying black babies who were too young to walk at the water’s edge.

They will put a rope around the necks and waists of the babies, while they cry until a crocodile “snapped on one of them”. 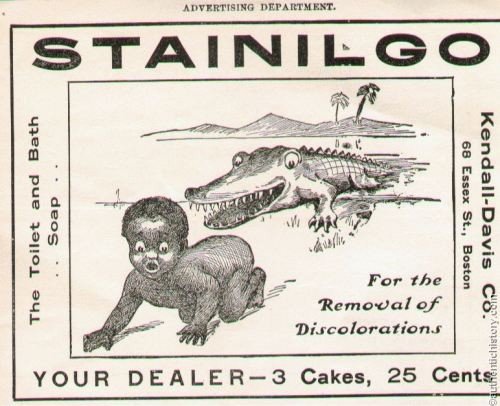 The hunters would kill the alligator only after the baby was in its jaws, and they made postcards, pictures and trinkets to commemorate the practice.

Other articles claim that black infants were not only regularly used as alligator bait but horribly “skinned alive” in preparation for it.

Some of these distasteful activities could also be found in the Jim Crow Museum of Racist Memorabilia in Michigan.

“Shelved in the museum alongside the many stereotypical representations of “pickaninnies” (a racial slur applied to African-American youngsters) speaking fractured English, eating watermelon, catching opossums, etc., are similar cartoonish portrayals of black children (and sometimes black adults) as worthless “alligator bait,” according to accounts.

The act of using black children as “alligator bait” could also be found in motion pictures and popular song and lullaby “Mammy’s Little Alligator Bait,” composed by Henry Wise and Sidney Perrin in 1899.

Yet, for some people, the existence of these documents does not provide ample evidence that black children were used as alligator bait.

Whichever way one tends to look at this dark past, it adds to the story of how black people were seen as “sub-human” who were often portrayed as “savage and worthless creatures”.

It reminds everyone of the offences inflicted on black people and the racist cruelty at the time.