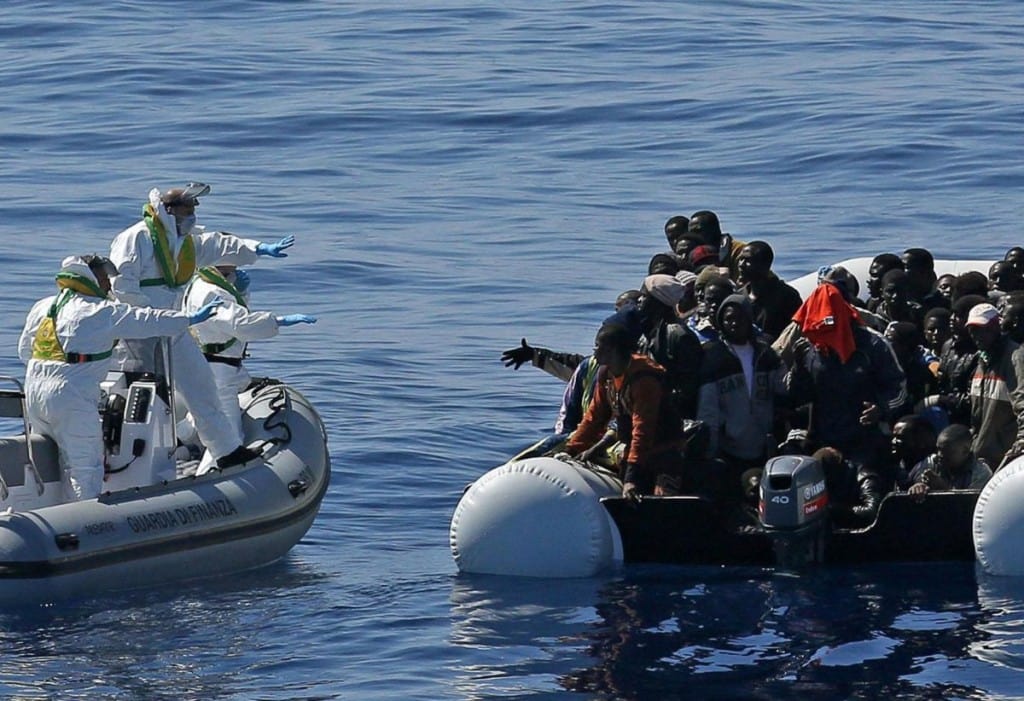 April’s boat capsizing in the Mediterranean is the worst boat incident ever recorded, with more than 750 migrants losing their lives. Now Senegalese officials, the United Nations, and survivors of the incident have been able to determine where the groups of migrants came from as well as their respective numbers, according to BBC.

According to the United Nations, the migrants who perished in the boat disaster on April 18th came from Syria, Mali, Somalia, Sierra Leone, Gambia, Ethiopia, and the Ivory Coast; 350 Eritreans and 200 Senegalese also died.

Only 28 migrants survived to tell the sordid story of what actually happened on that fateful day.

After being held on a Libyan farm for a month, 16-year-old Somalian Said says he overheard smugglers agreeing to pack the boat with 1,200 people.

At the point of boarding, though, smugglers, who reportedly beat migrants on to the boat, were only able to fit 800.

“They stopped at 800 because it was full. We couldn’t even move. There was no food or water. The people that were put below were locked underneath,” explained Said.

According to other survivors, those who had the least money were locked below the deck on the three-deck fishing boat.

In fact, Bangladeshi Nassir, 17, credits his survival to his class of ticket ($900), which gave him a seat on top of the boat rather than below.

“We were about 30, no more. The others were all inside, closed.”

Watch video on the business side of migrant smuggling here:

After calling for help due to boat complications, the smugglers crashed the boat in to the rescue ship, sinking in just about five minutes.

Another Bangladeshi teen, Abdirizzak, who was fortunate to have a seat on the middle deck, said of the crash, “Everyone was screaming, pushing, punching, elbowing — terrified. From below, we could hear those who were locked in shouting, ‘Help, Help!'”

And according to 17-year-old Riajul, many Africans ultimately died because they didn’t know how to swim.

“People panicked — they all ran to the other side of the deck. That’s what tipped us over.

“Most of the other migrants were African and they didn’t know how to swim. I did, and that’s why I survived,” he said.

The International Organization for Migration (IOM) estimates that more than 1,750 migrants have died worldwide so far this year, with 79 percent of the deaths occurring in the Mediterranean.

Of those who have died, 86 percent of them are said to come from Sub-Saharan Africa. 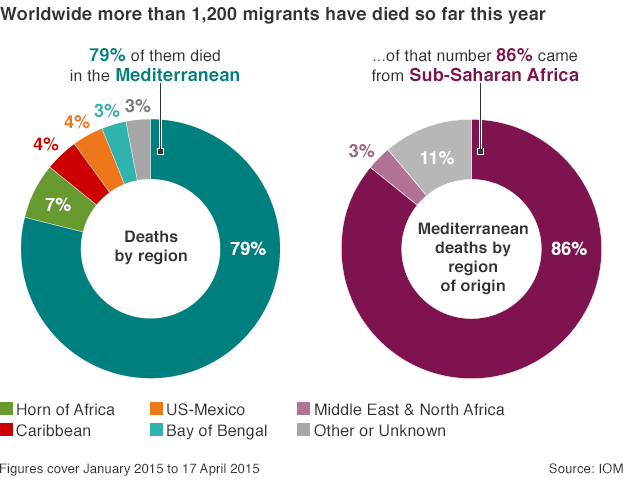 The IOM says that in the first quarter of 2015, the highest proportion of migrants arriving in Italy have been from the Gambia, Senegal, Somalia, Syria, Mali and Eritrea respectively.

The total number of migrants to travel from Africa to Europe this year is 35,000.

In order to stop Africans from losing their lives crossing the sea, Senegal Foreign Minister Sorry Kaba says that African leaders need to unite on the pressing issue for short- and- long-term solutions.

Finally, Europeans claim that they will triple funding for rescue operations in the Mediterranean.

RELATED: MIGRANT RETURNS HOME TO SENEGAL AFTER BEING DISILLUSIONED WITH LIFE ABROAD