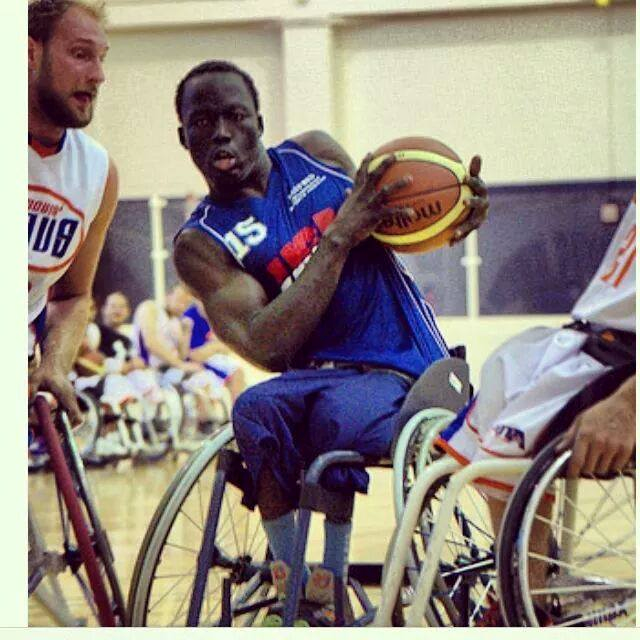 A civil war is one of the darkest times any country can experience. It is a time when a nation crumbles and lives are lost, soldiers and civilians alike.

Others are left to seek refuge in neighboring countries with the hopes of a better livelihood, or at the very least, a place where the fear for their lives is eliminated from the continuing struggles they face as refugees. 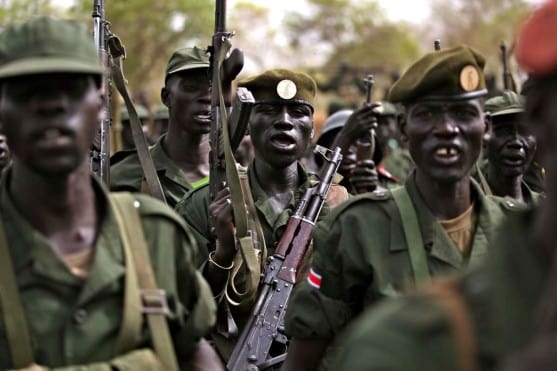 My country of Sudan is one such unfortunate case. The nation went through two civil wars — the first in 1962, and the second in 1983 –and the new South Sudan faces its challenges too.

Malat Lueth Wei (pictured) was born in June of 1994, during the second civil war, in the small town of Boma in Jonglei state, South Sudan.

At the tender age of 3, he was diagnosed with polio, an infection that is incurable and can only 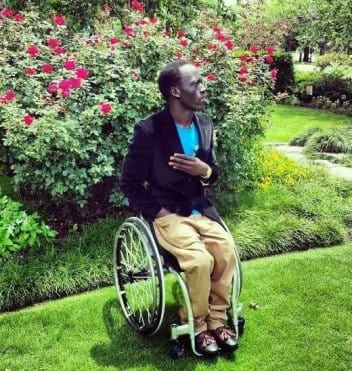 Due to lack of medical facilities, Wei’s condition could not be prevented nor improved, so he fell victim to paralysis and could not walk despite all efforts by his parents, whom he says, “Did everything they could to help [him] walk.”

At the age of 5, the town of Boma came under attack and his family had to flee to safety. During the Sudanese Civil War, Ethiopia was one of the neighboring countries that opened their doors to South Sudanese refugees.

“I think it was a two- to- three-day walk between Boma and Dimma refugee camp, where I grew up,” Wei recalls.

“We slept in the jungle while we were being shot at by our enemies. I remember my uncle was the one who carried me across one the most-
dangerous rivers you had to cross to get to Dimma.

“Many people died crossing it, and my family was lucky to have made it across. We arrived in Dimma at night time, around 12:30 a.m.

“In Dimma we stayed at my cousin’s house for a few months. They had five huts, so they let us live in one until we built our own. It’s crazy how I still remember this stuff, because I was really young.”

As you can imagine, growing up in a refugee camp was not easy, especially for a young boy with polio, “Life growing up was very difficult,” he says, “I didn’t have a good wheelchair to help me get around. The conditions in the camp were also very bad. It would get really muddy when it rains, and during these times, I couldn’t go outside.

“I had to wait until the mud dried a little then go play with my friends, by crawling, because the wheelchair I had couldn’t roll in the mud.”

Whereas crawling or playing football by hand for some of us seems unfathomable, Wei says this never discouraged him and he enjoyed playing with his friends who helped support his positive state of mind.

“One thing I will always remember is the way my friends treated me. They didn’t treat me like I was disabled.

“We fought, we laughed, played soccer, and enjoyed the refugee life. We prepared for the worst, but still prayed for the best. And everything they did, I did. All my friends accepted me for who I am.”

Form cha thiong? is a Dinka phrase that translates to “have you filled the form?” I remember this being a question that was a part of nearly all conversations between my mother and our relatives during the Sudanese Civil War.

I am sure it was a part of conversations between many other South Sudanese families, and still is.

This question referred to the VISA forms many refugees fill in the hopes of being granted asylum in many western countries, most notably the United States of America, Australia, and Canada, among others.

In 2004, Wei’s mother filled an application form on behalf of his family, and it was accepted.

They were very “lucky,” Wei says, as his family was one of the last families to be accepted in to America at the time.

“In late 2005, immigration paid for the buses that drove us to Jimma for background screening and we got vaccinated, so we wouldn’t face any difficulties adapting to a different climate in America. After a few days, immigration drove us to the airport in Addis Ababa, and we ended up In America.” 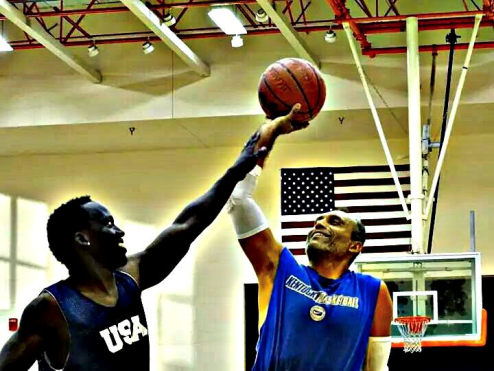 Wei, now 20, was enrolled in school upon his arrival to the United States, where he began to enjoy playing basketball.

He has been playing wheelchair basketball for five years now for such teams as the Houston Tirr Hotwheels junior team and the U-23 USA Paralympic team.

Currently, Wei plays for the Houston Tirr Hotwheels, the adult team, and will be joining the University of Texas Arlington on a full scholarship, where he will continue to play wheelchair basketball.

His goal, he says, is to represent Team USA in the 2016 Paralympic games in Brazil and be the first South Sudanese athlete to represent America and his country, South Sudan, in wheelchair basketball.

Apart from playing basketball, Wei likes working out and reading the Bible and books.

Wei is an individual who has refused to allow challenges to hold him back. Instead, he has chosen to reach beyond the sky, keep dreaming, and  live his best life. 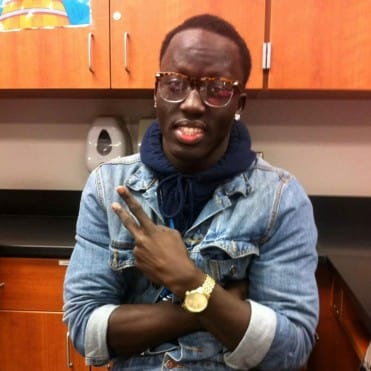 As my father often points out, even those who are “disabled” are able, and Wei is testament to that.

Wei gets his motivation to keep going from a number of people and things: his mother, who is a single Mother with five kids; people who discourage him and say he cannot accomplish certain things; the word of God and prayers, which he says encourages him and keeps him on the right track; and the dreams and vision he has for his country.

“I want to go back to South Sudan and start a wheelchair basketball team that will compete in the Paralympic games one day.”

Advocacy for sports is very important to Wei because “it gives the youth opportunities to do something positive, learn to work together as a team, [and] trust each other.”

He adds, when you work as a team, “You achieve more than you can alone, and most importantly, you build true friendships, which riches can’t buy.”

Consequently, Wei says that South Sudanese have to make sure they introduce the youth to sports at early points in their lives because sports is the key to connecting societies as well as eradicating tribalism, a central issue in South Sudan.

“The community needs to work toward building public sport centres for youth and invite professional athletes to encourage the youth.

“This will help build good relationships among the communities in South Sudan. We need to work together, as a team, toward building our nation as one strong country, not just in sports, but also in the education and political sectors.”

Regarding the violence that has been ongoing in South Sudan for the past couple of months, Wei says that South Sudanese youth need to keep working hard to better themselves in all they do because their country needs them and it is only the generation of today that can change things.

“Don’t give up. You have come too far to give up now when you are close to your dreams. Never give up on your dreams, keep alive, and keep striving and working hard to make them a reality. When you think of giving up, think about why you started in the first place.”