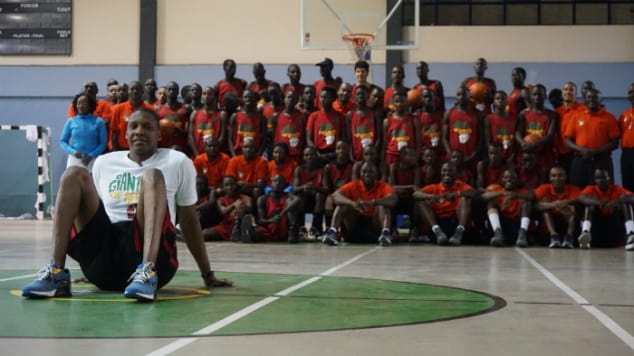 The camp, which was held in Kenya for the first time, gathered the top-50 basketball players from Kenya and three players from Sudan in a clinic that sought to upgrade the skills of the invited 15- to- 18-year-olds.

The annual gathering was held at Brookhouse Sports Centre under the watchful eye of Ujiri, the first African-born general manager for any American sports team.

See photos from the Giants of Africa 2014 basketball camp here:

Day 2 continued with more intensive drills, skills development stations, and evaluation scrimmages. This was followed by five-team tournaments, where campers got the opportunity to utilize skills learned for coaching clinics.

Amadou Gallo Fall, NBA vice president for Development – Africa, made a special guest appearance to encourage the campers and speak of the importance of basketball in Africa.

Ujiri, who was named by Business Insider as one of the top 50 behind-the-scene persons in sports in August, indicated that he will be back next year to continue to affect the youth in Kenya.

Meanwhile, Ujiri recently received an award at Face2Face Africa‘s Pan-African Week among others things for his contribution to sports on the continent. By giving back to Africa through basketball, there is hope that the continent will eventually produce competitive teams in the sport.

SEE ALSO: S. Sudanese Wheelchair-Bound Pro-Basketball Player: ‘Don’t Give Up On Your Dreams’