Charles Deslondes was a Haitian slave who led the 1811 German Coast Uprising on January 8 along the Mississippi River. He compiled a group of 200-500 slaves and Maroons and they marched from the sugar plantations on the German Coast (Mississippi River) to the City of New Orleans. The mob killed two white men.

Members of the uprising were eventually caught and killed by firing squad or hanging, afterwards, some were decapitated.  Deslondes was initially caught by dogs then both his hands were severed. He was then shot in both thighs then shot again in his body.  Finally, his body was put in straw then set on fire.

Deslondes was born as a slave in Saint-Domingue, present-day Haiti.  He was labeled as being of mixed race. He was transported to Louisiana after the Haitian Revolution. Deslondes was designated to overseeing slaves on the plantation of Colonel Manuel Andre or Andry. 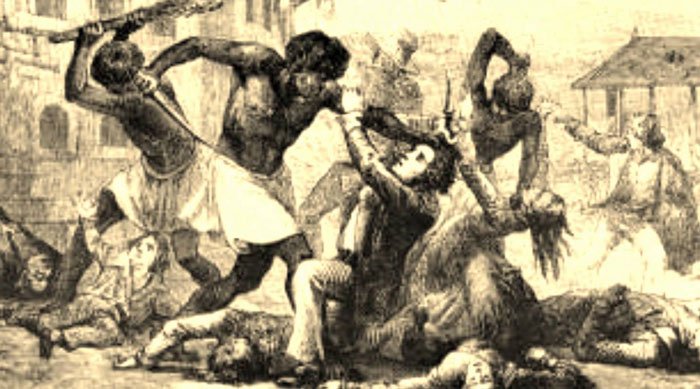 Over two-hundred years ago in 1811, the largest slave revolt in American history took place in New Orleans, Louisiana…Black Main Street

On January 8, 1811, Deslondes organized between 64 and 125 slaves from the sugar plantations near what is now known as LaPlace, Saint John the Baptist Parish and along the German Coast. The German Coast was named such because German immigrants inhabited the area in the 1720s.  While making their way to New Orleans, Deslondes and his followers picked up more slaves, making their number swell to between 200-500.

From January 8 to January 10, the slaves burned five plantations, sugar cane mills and crops. They were mostly armed with cane knives.

On January 11, Andre (or Andry) formed a militia and struck some slaves at the Destrehan Plantation.  Andre’s young son was a member of the militia and was killed. 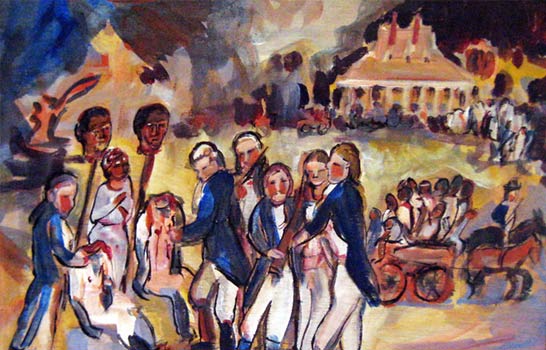 A depiction of the 1811 Slave Uprising…Destrehan Plantation

Gwendolyn Midol Hall a historian and author explained, “It was incredibly bloodthirsty in the way the elite put it down, cutting people into little pieces, displaying body parts.”

She continued, “Their heads were cut off and placed on poles along the river in order to frighten and intimidate the other slaves, this display of heads placed on spikes stretched over 60 miles.”

The legislation of the Territory of Orleans permitted that planters be awarded $300 for every slave killed or executed.

Starting in 1995, the African American History Alliance of Louisiana has held a remembrance ceremony every January at Norco, a census-designated area in St. Charles Parish, Louisiana.

The Whitney Plantation in St. John the Baptist Parish is the first plantation museum in the United States; it opened in 2014 and includes a dedication to the 1811 Slave Uprising of the German Coast.