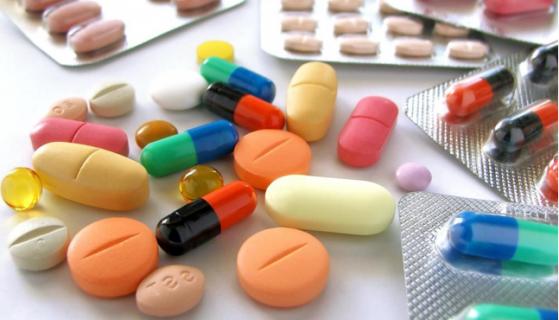 Antibiotics are commonly prescribed medications used to treat an array of bacterial illnesses, ranging from severe to mild. Since the discovery of antibiotics like penicillin by Alexander Fleming in the 1920s, these drugs have been at the top of most physicians’ list of medications used to fight infection. They are often times over-prescribed.

Many patients will go to their physician requesting an antibiotic. What they do not realize is that antibiotics are not harmless medications. In fact, due to resistance and the numerous side effects associated with these drugs they should be avoided, if possible.

There are hundreds of antibiotics on the market, all of them belonging to a different class. Below are the major classes of antibiotics and their associated side effects.

Penicillin was the first antibiotic discovered. It is commonly used to treat S. aureus infections. Methicillin is a type of penicillin that can cause serious allergic reactions and interstitial nephritis. Interstitial nephritis is a kidney disorder in which spaces between the tubules of the kidney become swollen. This can lead to severe kidney dysfunction.

These drugs are used to treat a wide range of bacterial infections, including meningitis and gonorrhea and as a preventative measure for surgery. Like penicillin, these drugs have developed resistance. People who are allergic to penicillin should not take a cephalosporin due to cross-reactivity.  Drugs like cefamandole can cause a dilsulfiram reaction if taken with alcohol. Drugs like cefoperazone can cause Vitamin K deficiency.

Tetracycline and doxycycline are the major drugs in this class. They are used to treat diseases like Lyme disease, Rickettsia, pneumonia and Chlamydia. These drugs are associated with GI upset, teeth discoloration, photosensitivity and decreased bone growth in children. They should NOT be used during pregnancy.

Erythromycin, azithromycin and clarithromycin are antibiotics used to treat atypical pneumonias, upper respiratory infections and STDs, like Chlamydia. These drugs can cause heart palpitations, GI discomfort and skin rashes. They can also interfere with other medications.

These drugs are commonly used to treat infections of the urinary and GI tracts. The most popular drugs of this class are Cipro (Ciprofloxacin), Avelox (moxifloxacin) and Levaquin (levofloxacin). Fluoroquinolones are associated with very serious side effects. In fact, the New York Times reported that the manufacturers of Levaquin were subject to over 2,000 lawsuits in 2011. The side effects include GI upset, super infections, skin rashes, tendonitis and tendon rupture in adults and muscle aches and pain in children.

It is important that patients take control of the health and are aware of what they are putting into their bodies. Antibiotics can be wonderful drugs and the do save lives. However, they can cause serious, life-threatening side effects and should be carefully prescribed.