The Cuban government’s presidential handover from Raúl Castro to 57-year-old Miguel Diaz-Canel has been coined as a historic feat for the country. But so too is the appointment of two Afro-Cuban women to its powerful Council of State.

According to Reuters, Maria Chapman, 52, is of Afro-Cuban descent, and rose to prominence as head of Cuba’s leaky waterworks. Her work there focused on repairing infrastructure and supervising the allocation of water during a recent prolonged drought.

Johnson, 48, is also of Afro-Cuban descent and rose to prominence in eastern Santiago de Cuba where she climbed the ladder from director of a joint venture cement plant to head of the provincial government.

The New York Times reports that the leadership team, consisting of a new first vice president and five vice presidents, is “younger and more diverse in terms of gender and race than the previous one. All the appointees are long-term members of the ruling Communist Party, however, and some serve on its powerful Political Bureau.”

Raúl Castro has served two five-year terms. He succeeded his brother Fidel, who headed Cuba from 1959 to 2006. 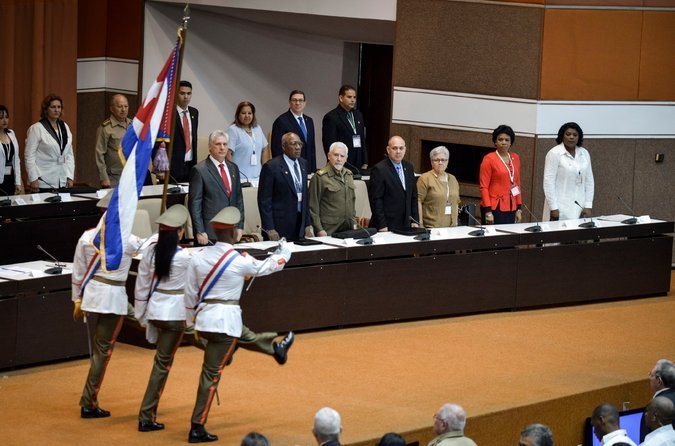 Castro nominated former first vice president Diaz-Canel as his sole successor. His nomination, along side those of the Council members, was approved by the 604 delegates of the National Assembly, which has historically approved nominations with total or near-total unanimity.

Cuba has a deep and interesting history of race and racism. Although only 9 percent of Cubans identified themselves as black in the 2012 census, activists say the number is closer to 90 percent.

Ramón Colas, a black anti-Castro who sought political asylum in 2001 and now lives in Mississippi said of the new appointees: “Yes, it has great significance. The Cuban revolution has historically been white, and seen from the outside as a revolution by white men, where black people were part of the crowd, spectators who were silent or applauded, but never participated.”

Outgoing Cuban president, Raúl Castro, would also agree, citing that “too many of the radio and television newscasters in Cuba are white”.

Castro will remain head of the Communist party and armed forces, two of the largest organs of the Cuban government.