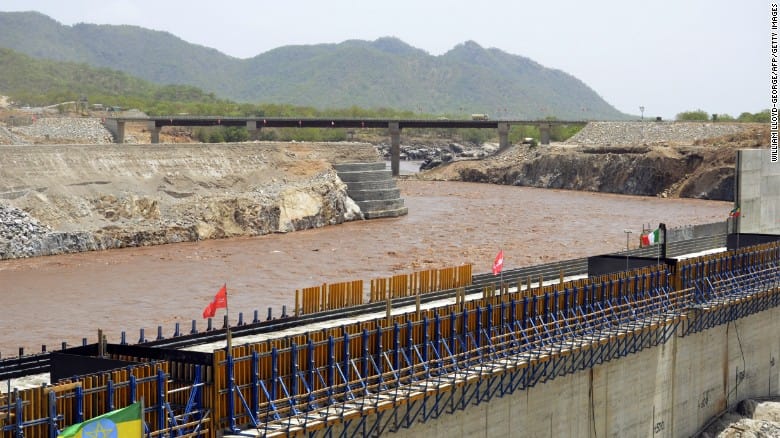 The construction of a large dam in the African nation of Ethiopia will be the largest hydroelectric power plant on the continent when it is completed. Known officially as the Grand Ethiopian Renaissance Dam, the project has been under construction since 2011 and will open in 2017.

As reported by CNN’s Africa View, the dam’s construction costs hover near $5 billion.  Sitting in the Benishangul-Gumuz Region, the dam — once called the Millennium Dam and often called the Hidase Dam — will become the eighth largest power plant in the world.

Thousands of workers are on the site nonstop in an attempt to keep the project on schedule. When completed, the dam has the potential to make Ethiopia notable in the exporting of electric power.

With some 8,500 laborers working around the clock on its construction, the imposingly named dam is surely one of Africa’s most ambitious infrastructure projects, reaffirming Ethiopia’s ambitions of becoming a big regional player and a major exporter of power.

When completed, the project will generate around 6,000 megawatts of electricity for both domestic use and exports.

The most striking aspect of the nearly $5 billion enterprise is, however, that it is entirely funded by Ethiopia, without any foreign investment. According to the authorities, 20 percent of the project is financed from bond offerings to Ethiopians, and the remaining 80 percent from tax collection.

The buy-in of the project from Ethiopians and the self-contained funding is certainly unique and gives hope to other African nations that rebuilding crumbling infrastructures can be done by the will and investment of the people.

“They have come up with a very creative and innovative way that I think will be a lesson for other African countries who want to embark on such large infrastructure projects and want to have the flexibility to do it themselves,” shared Zemedeneh Negatu, managing partner at Ernst & Young Ethiopia with CNN.

The dam will stand at 170 meters, and reports on the ground say that 40 percent of the project is

complete. The economic boost of the power plant is projected to earn Ethiopia $1 billion per year from energy exporting.

This would put the nation right behind South Africa in that capacity.

The project has come under criticism by the government of Egypt, which claims that Ethiopia’s dam would be destructive to its growth.

They have even allegedly have concocted plans to sabotage the effort by trying to get those who support the project to turn away their support, but other nations within the Nile Basin Initiative continue to stand in agreement with Ethiopia’s plans.

Egyptian officials have also pointed to the negative impact of downstream water flow, but Ethiopia says the dam will actually increase water flow by reducing evaporation on Lake Nasser.

Meanwhile, Rwanda and Kenya are among the first countries to publicly announce it will purchase power from Ethiopia after 2017.