Ethiopia is intensifying efforts to bring back the remains of a prince believed to have been stolen by British soldiers, who looted his father’s imperial fortress following the Battle of Maqdala in 1868.

For 150 years, Ethiopians have been asking for the return of Prince Alemayehu but to no avail.

He died at the age of 18 after suffering racism and was buried at St George’s Chapel at Windsor Castle at the request of Queen Victoria.

The move to return the prince’s remains comes as talks go on between Ethiopian authorities and the Victoria &Albert Museum about the return of treasures that were looted by British troops during the Battle of Maqdala.

Some of the items in the V&A’s possession last week went on display.

Celebrations were also held in Addis Ababa to commemorate the life of the prince’s father, Tewodros II, on the 150th anniversary of his death in the battle.

The campaign to have the remains of Alemayehu back home started in 2006 when the Ethiopian president wrote to the Queen asking for the remains to be exhumed. 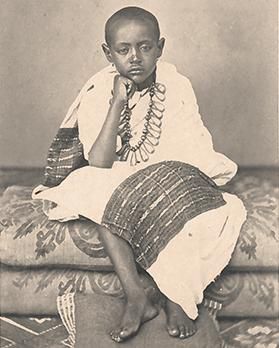 But according to the Ethiopian embassy, the Lord Chamberlain replied on behalf of the Queen, saying that even though the Queen supports the repatriation, identifying the remains of the young prince would not be possible.

But those campaigning for the remains to be returned home believe the key to identifying the remains may lie in the National Army Museum, which has a collection devoted to the battle of Maqdala.

“Ethiopians revere Prince Alemayehu as a young prisoner of war – he was only seven years old when taken hostage,” the Ethiopian embassy was quoted by news site The Guardian in a statement.

“Prince Alemayehu remains the son of a hero, who chose to end his own life, rather than surrender to foreign soldiers. Ethiopians view the Prince with the same level of affection and respect.”