Derived from unbleached and imported cotton in the 19th century, kangas (khangas) is East Africa’s take on decorative body wraps adorned by men and women alike.  The word kanga is derived from the Kiswahili word ku-kanga which means to wrap or close. It is a printed cotton 1.5 meters by 1 meter surrounded by a border with a pattern unique to the rest of the cloth and also includes a central theme in the middle of the material.

In Zanzibar, the material is called Merikani which is the Kiswahili word for America.  Male slaves wore the wrap around their waists while women slaves wore it under their armpits. The women slaves decided to add a feminine touch to the cloth by dying it with locally acquired indigo. After dying the cloth, it was referred to as kaniki.

Kaniki began to be associated with slavery and former slaves seeking to integrate themselves into the Swahili community began to decorate their kangas by a method of resist dyeing, block painting, or hand painting.

Kitenge, kishutu, and kikoy are male versions of kangas. Kishutus are given to repel evil spirits or given to young brides as part of their dowry and at times don’t include inscriptions on them. Kangas are often given as birthday gifts or occasions signaling puberty, marriage, and death. 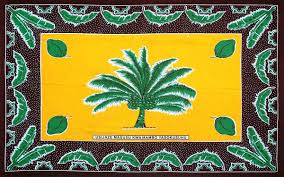 In Zanzibar and Mombasa, kangas are known as lencos; the inhabitants of the aforementioned began to join six kerchiefs together at a time to produce one large rectangular wrap. In certain areas, they’re known as lesos or lessos. 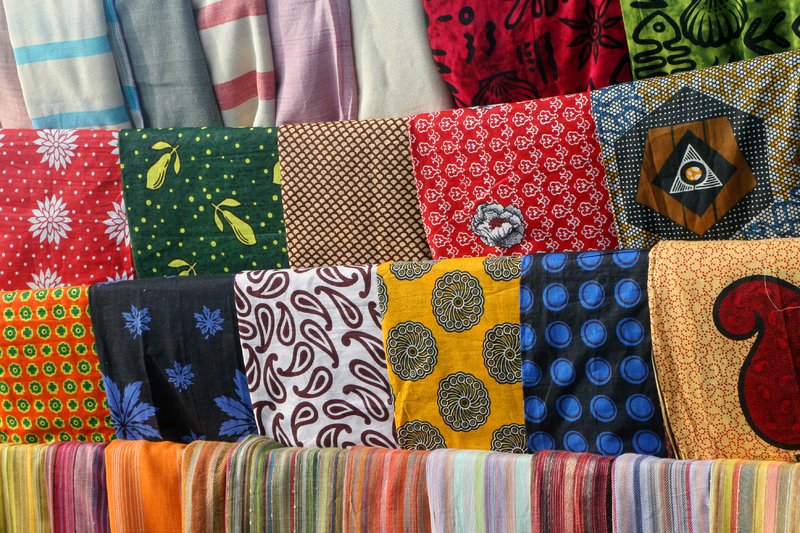 Photo credit: The Bixby Center for Population Health and Sustainability

After the abolishment of slavery in 1897, kangas began to be used as a sign of affluence.  Soon, the appearance of kangas spread to the coastal region eventually making its way to the Great Lakes Region of Africa. Until the middle of the 20th century, kangas were designed, printed and imported from India.

In the 1950’s, kangas were created in Tanzania, Kenya, and additional African countries.  The 1900s ushered in the introduction of slogans, sayings, or proverbs usually versed in Arabic script or Roman letters printed on kangas. 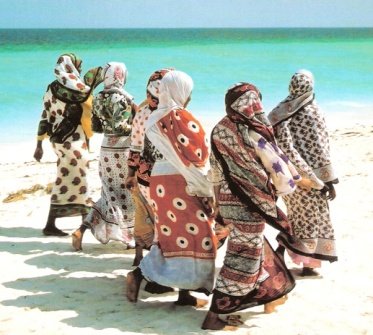 Kangas can be worn as a shawl, as a hijab – covering the head and shoulders, around the waist, and can be used as a way to transport babies.