After a week of post-election violence in Gabon, an uneasy calm is returning slowly to the streets of Libreville, Gabon’s capital, according to Quartz.

The incumbent garnered 49.8 percent of the vote, while Ping – a former African Union official and diplomat – got 48.23 percent.

After election results were announced, Ping supporters took to the streets of Gabon’s capital city, where they clashed with anti-riot police — an ugly violence that has lasted for seven days.

Several government buildings in Libreville, including the National Assembly, were set ablaze on Wednesday night and many businesses and shops have since been looted by irate opposition supporters who claim the Saturday poll was rigged.

According to a statement by Pacome, at least seven people have died in the violence and hundreds have been injured.

“I am deeply concerned and saddened about the situation in the Gabonese Republic provoked by the electoral crisis, in particular the arson attacks and disproportionate response of security agencies that has led to unfortunate loss of life and property,” UN Secretary General Ban Ki-Moon said in a statement.

Relative calm has returned to the Central African nation after days of running battles between protesters and riot police and arson attacks on public utilities and businesses. 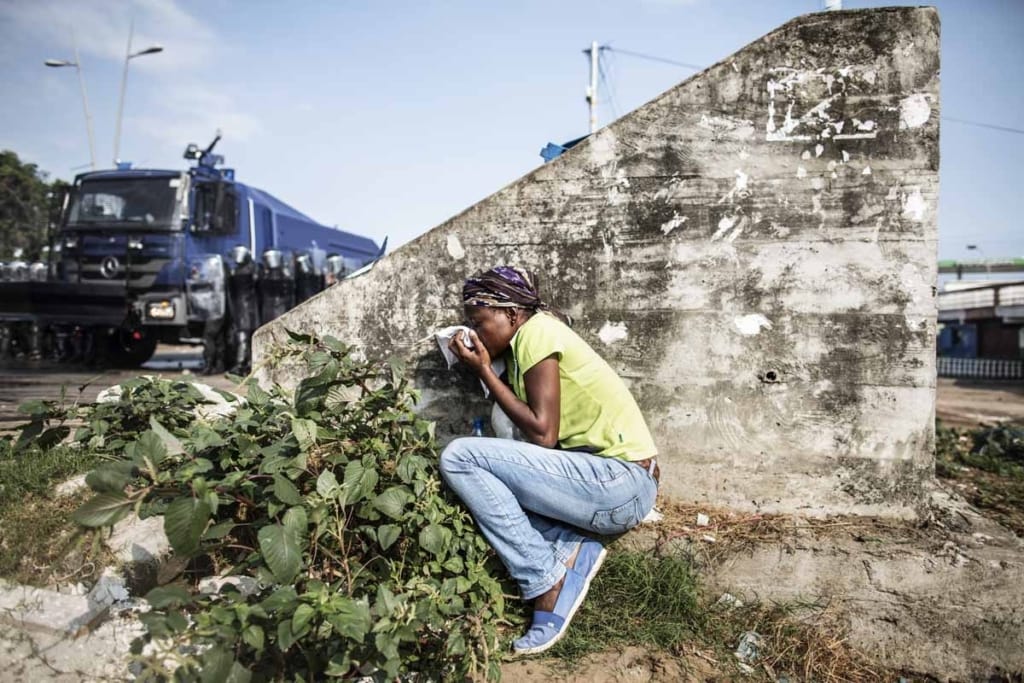 A woman takes cover during clashes between opposition protesters and riot police in Gabon. AFP

On Sunday, some businesses in Libreville resumed their operations and some people attended church services, Quartz reported.

However, Ping is not relenting as he has called for nationwide protests over what he says is a fraudulent re-election of President Bongo whose family has ruled Gabon for more than five decades.

“I ask you from today onward not to use violence but to resist by blocking the country’s economy. I propose to cease all activity and begin a general strike,” Ping said in a statement on Monday.

Ping’s call for a nationwide strike was followed by news of the resignation of Gabon’s Minister for Justice Seraphin Moundounga who said he decided to resign over the government’s refusal to recount controversial ballots.

The minister is asking President Bongo to recount the vote and publicize the vote counts for each bureau.