In December, Ugandan-born musician Geoffrey Oryema returned home to the country of his birth for the first time in 40 years.

France-based Oryema fled Uganda in 1977, when the country was in the grip of then-President Idi Amin’s ruthless regime. Oryema’s father, Erinayo Wilson Oryema, was a cabinet minister who was brutally murdered in unclear circumstances — allegedly on President Amin’s orders.

Fearing for his life, the 24-year-old Oryema made his escape across the Ugandan border in the trunk of a car.

After four decades of trying to avoid the memory surrounding the tragic loss of his father, Oryema finally felt it was time to return to his country.

In an interview with Face2Face Africa, Oryema explained what his return meant to him, saying, “My recent return to the country of my birth was certainly full of mixed emotions. When I left 40 years ago, it was tears of sadness, fear, hatred, and revenge, which echoed in my head.

“In the early morning of the 17th December 2016, when the plane landed at Entebbe International airport, that moment to me was like ‘life is an onion,’ because sometimes when you peel off the layers of an onion, it makes you weep. Those were tears of joy.” 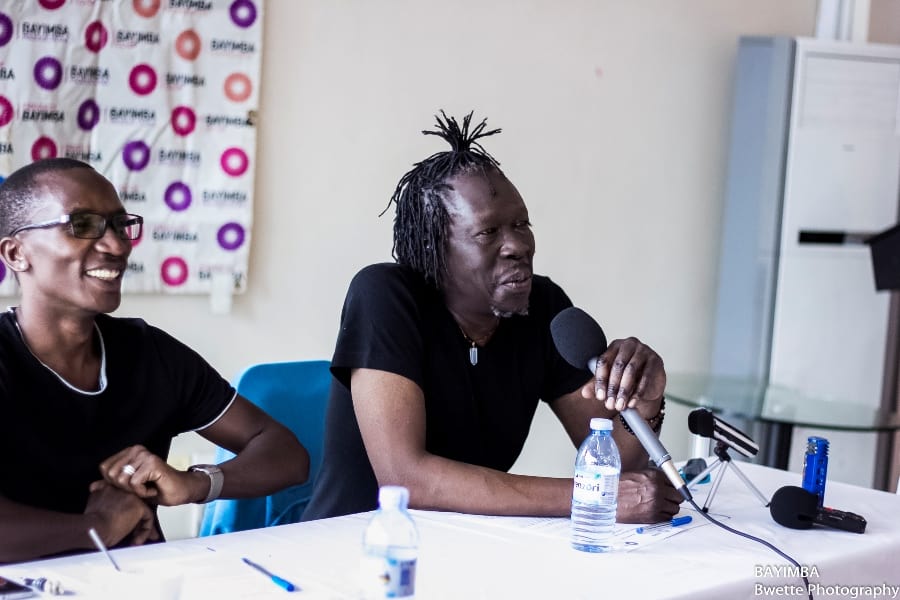 Oryema also explained how he found solace in music and martial arts during his most difficult times, “In the decades since my father was brutally murdered, I tried my level best to find some sort of closure to heal the psychological wounds I lived with. Music and karaté played vital roles to help close those dark chapters. The release of my 1st album, “Exile,” in 1990 is a good example.”

Listen to the song “Makambo” from “Exile” here:

For his album “Exile,” Oryema achieved fame and recognition with a brand of music he describes as Afro-pop-rock. Many of his songs in the local Acholi or Swahili languages are often throwbacks to his time in the “clear green land” of Uganda.

Oryema hit the international limelight, though, with the release of his second album, “Beat the Border,” and as an artist, he has enjoyed collaborations with renowned acts, such as Peter Gabriel, Jean-Pierre Alarcen, and Patrick Buchmann.

Listen to Oryema’s “The River” from “Beat the Border” here:

These days, Oryema finds the new school of African music to be “exciting” and says he is open to working with the present generation of Ugandan musicians.

And he doesn’t have any plans of slowing down: In addition to performing at a string of upcoming tours around Uganda and the rest of Africa, his first performance for this year will be kicked off at the 25th anniversary of the Ouagadougou Jazz Festival in April.