A Ghanaian police officer serving with the United Nations Mission in Somalia (UNSOM) has been adjudged as the UN Female Police Officer for 2018.

Phyllis Ama Tebuah Osei was selected for the award as her policing work directly and positively impacted the community and the host state police in Jubaland, Somalia.

the Chief Superintendent of Police received the award on Monday, November 18, during a ceremony co-hosted by the United Nations Police Division of the Department of Peacekeeping Operations and the Permanent Mission of Canada to the United Nations.

According to the UN, Officer Osei’s contributions to enhancing the protection of women and girls, as well as her initiatives to promote women rights in the host state police, embody the spirit of the Award and embrace the values of international policing. 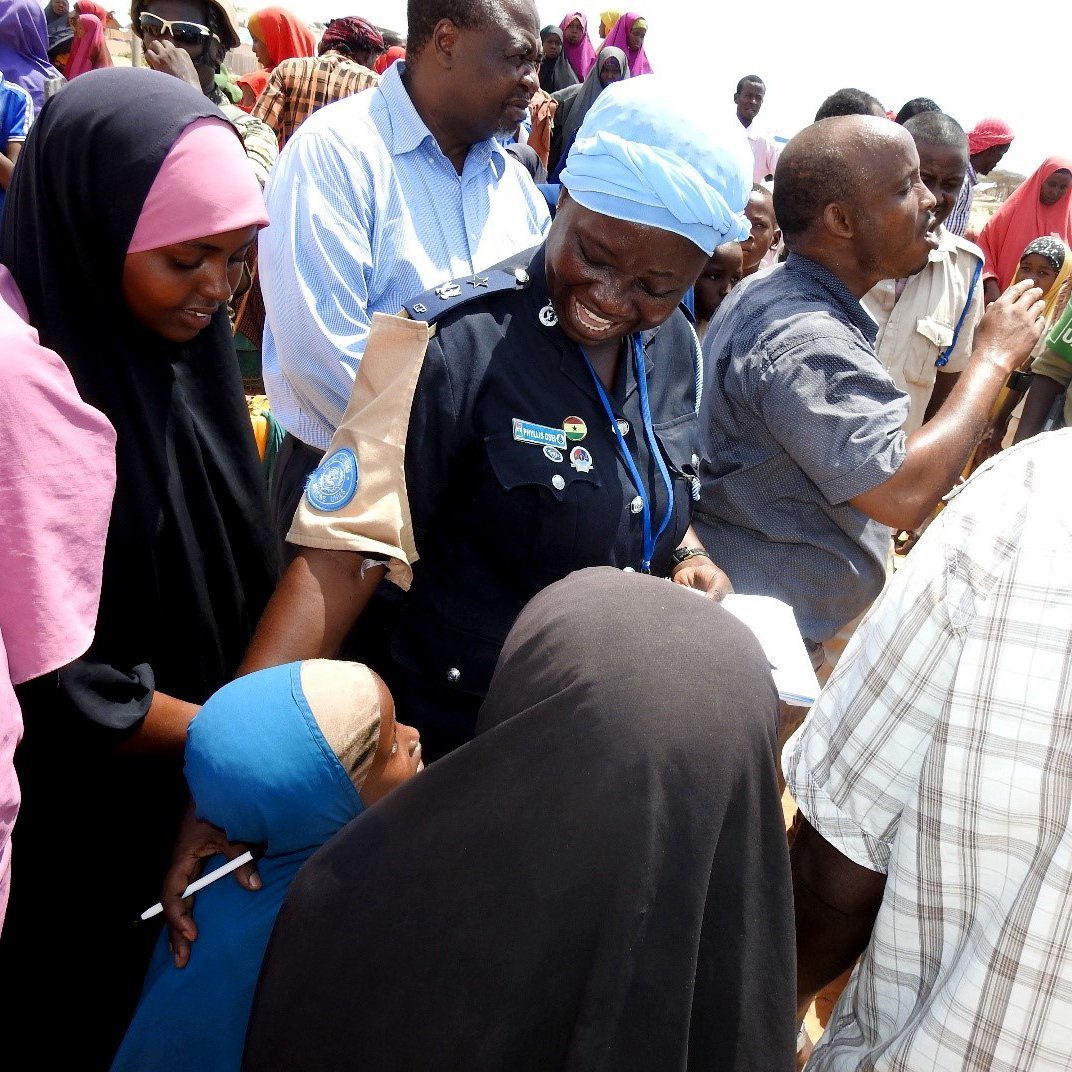 Osei, since resuming her role in February 2018, has been particularly successful at initiating an adult literacy training for 49 female police officers in Jubaland. The training’s overall goal is to improve their literacy and increase their chances for future promotions, a statement from the UN said.

It added that Osei formed a Female Peacekeeper Network (FPN) within UNSOM and African Union Mission in Somalia (AMISOM) to provide support to female peacekeepers. 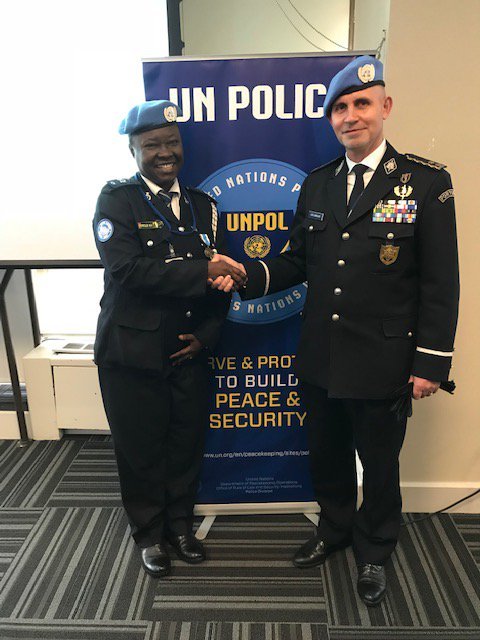 United Nations Police Adviser, Commissioner Luis Carrilho in the statement by the UN, commended the awardee for her work so far.

“Mrs. Osei was deployed to Somalia earlier this year in February 2018”, he said. “By April, she had already identified and trained two gender focal points in AMISOM who went onto mentor and advise police officers in the host state police, thereby contributing to the building of a much-needed capacity. Soon after, Mrs. Osei established four gender desks in the host state police, facilitated a training on sexual and gender-based violence, and initiated a proposal that called for the establishment of a police post near the community thus ensuring access for SGBV survivors”. 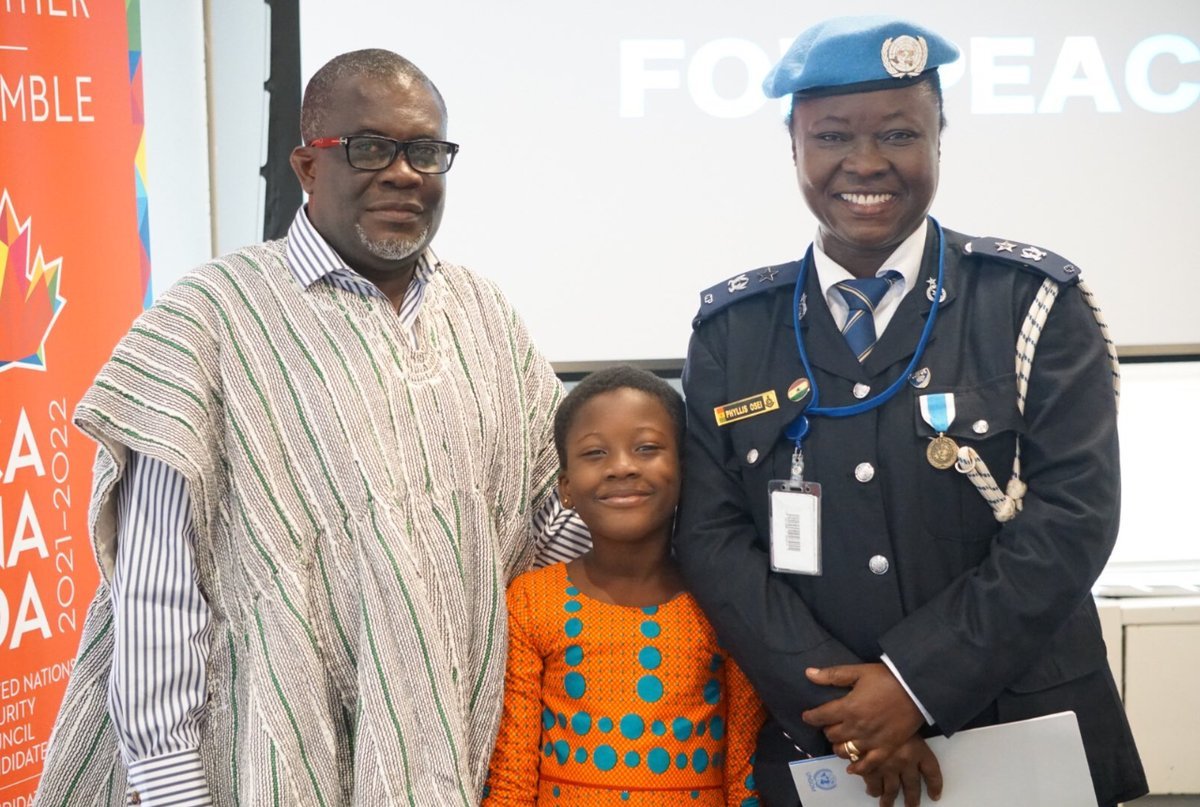 The United Nations Female Police Officer of the Year Award (formerly the International Female Police Peacekeeper Award) which is awarded annually since 2011, requests for nominations annually from all peacekeeping and special political missions where UN police are deployed.

Based on criteria for high performance, a selection committee, comprising policing and peacekeeping experts, evaluate the conduct and achievements of the nominees with an emphasis on the impact of policing service delivery.

In 2017, a Zimbabwean police officer, Assistant Inspector of Police Annah Chota received the award for her service and achievements in the United Nations Interim Security Force for Abyei (UNISFA).

“It is an honour to work for UNSOM, where I assisted in strengthening activities on gender and child-related issues,” said this year’s winner during the awards ceremony.

“I also support the police in Jubaland on issues of Justice and Human Rights,” the Ghanaian police officer who holds three Master’s degrees from Middlesex University in the UK, the Ghana Institute of Management and Public Administration (GIMPA), as well as the University of Ghana, added.

Jubaland, an autonomous region in Southern Somalia, has the potential to be one of Somalia’s richest regions due to its natural resources and location but conflicts have kept it unstable for decades.

This June, a US special operations soldier was killed and five military personnel – including four American service members were wounded in an “enemy attack” in the region, where a large force comprising about 800 Somali, Kenyan and US troops were conducting an operation against al Shabab fighters.

The militant group, al Shabab, which claimed responsibility for the attack, is fighting to overthrow Somalia’s central government and establish its own rule based on its interpretation of Islamic law.

The mandate of UNSOM includes “the provision of policy advice to the Federal Government and the African Union Mission in Somalia (AMISOM) on peacebuilding and state-building in the areas of: governance, security sector reform and rule of law (including the disengagement of combatants), development of a federal system (including state formation), constitutional review, democratisation (including preparations for the 2016 political transition) and coordination of international donor support.”