The late Sani Abacha became Nigeria’s head of state in 1993 through a bloodless coup after he overthrew the interim government of Ernest Shonekan. He remained Nigeria’s maximum ruler until his sudden death in 1998 – a relatively short period of five years.

However, the five dark years Abacha spent in office remains unequalled in the history of Nigeria. Abacha’s regime was marked by an overwhelming repression of citizens’ rights and freedoms of and an unbelievable scale of government-backed corruption and nepotism. Abacha was a classic despot: paranoid and dim-witted, he was a reclusive leader who made torture, forced disappearances, and murders a standard part of state craft.

A recent report by Sahara Reporters has revealed the high level of involvement between the Clinton Foundation, a not-for-profit organization run by former US president, the office of the US Secretary of State during Hillary Clinton’s term, and a certain Gilbert Chagoury, a dodgy Lebanese businessman who had strong ties to the government of Sani Abacha. 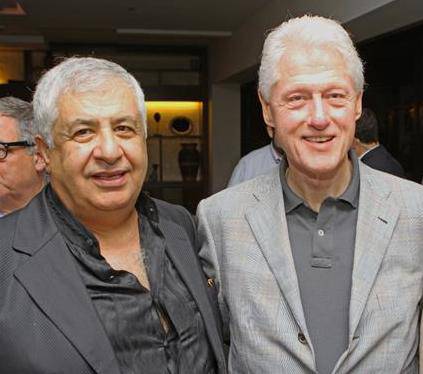 Chagoury enjoyed a privileged and close relationship with the late Sani Abacha; as Sahara Reporters explains, his role as a go-between and bagman for the Abacha regime is well documented. In a documentary shown on American public television, Chagoury recalled that he first befriended General Abacha in his early days as a young officer while Chagoury was an aspiring industrialist.

Chagoury, the report says, “designed a complex global network of shell companies, offshore bank accounts and fraudulent business deals that allowed Abacha and his family and cronies – including [Chagoury] himself – to siphon off an estimated $4 billion in oil revenue and tax money from Nigeria.”

Hillary Clinton, it is believed, had on occasion, also sought to “pay” Mr Chagoury in kind. The Sahara Reporters article states that a string of leaked emails released by the conservative group Judicial Watch reveals the level of commitment the Clintons had to Chagoury. In a series of mails exchanged between top Clinton staffers and the US Ambassador to Lebanon, Clinton’s aides sought for favours on Chagoury’s behalf and repeatedly referred to him as a “substance person” and “key guy” for the Clinton foundation.

Chagoury may be chummy with the Clintons, but he is wanted in Nigeria. In 2004, a former head of the Nigerian anti-corruption agency EFCC almost had him arrested at an airport in northern Nigeria where a plane carrying the Lebanese businessman was expected to land. But the plans were reportedly scuttled when Chagoury was apparently tipped off by one of his network of paid surrogates.

More than anything, the report from Sahara Reporters highlights the hypocrisy and double standards of Western democracies and governments, which are often quick to identify and condemn cases of corruption and bad governance in Africa and other developing countries while conveniently ignoring the crucial role they play, either by actively propping up dictators who do their bidding or looking away and ignoring cases of misrule that do not threaten or affect perceived Western interests.

Reports such as this one continue to show that most of the corruption that goes on in Africa’s public sector almost never happens without a western accomplice. Corruption is often aided either by the Swiss banks in Europe helping to hide Africa’s stolen loot or American “leaders” like Clinton that accept questionable donations without qualms.