The kit, which allows one to self-test in the convenience of their home, has an 80 percent rate of accuracy, according to the Nation.

The launch is part of the government’s war on HIV/AIDS with a new introduction of a prevention drug for people most at risk for contracting the virus, including sexually active girls and young women aged 15 to 24 who tend to shy away from visiting HIV testing centers. 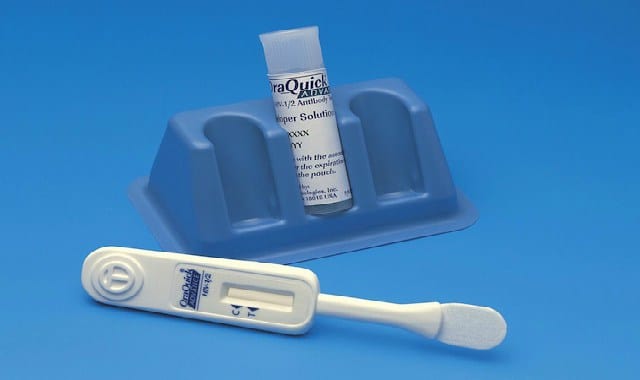 The self-test kits will be available in private pharmacies at a cost of about Sh700 ($7) and Sh800 ($8).
Photo credit: Newsbreak

Speaking at the launch of the program, National AIDS and STI Control Program (NASCOP) head Dr. Martin Sirengo said the self-test kits will be available in private pharmacies. 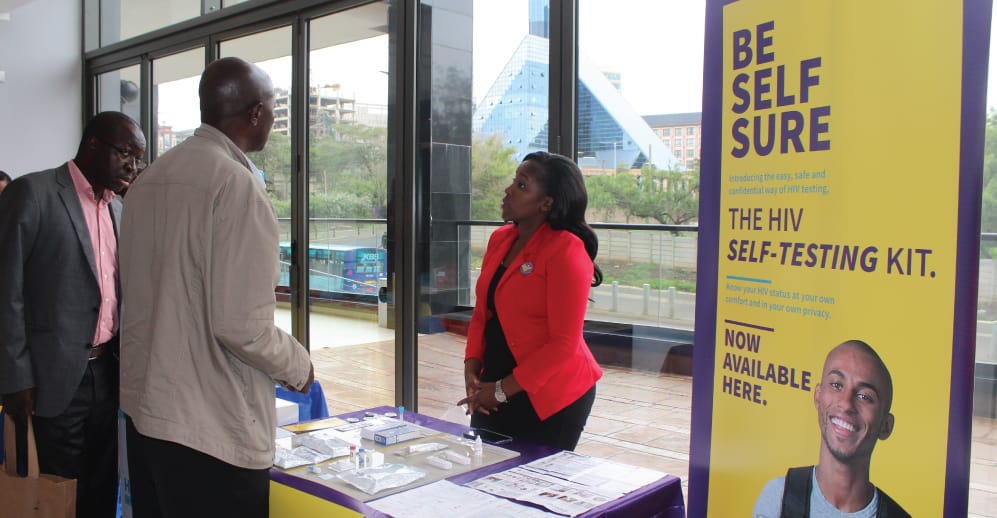 A representative from the Pharmaceutical Society of Kenya takes delegates through the self-testing kits at the launch of PrEP and HIV self-testing kits. Photo credit: Centre for Health Solutions

However, the HIV-preventive drug known as Pre-exposure prophylaxis (PrEP) will be given out for free.

“If you decide to use PrEP, you must complement it with other methods of protection,” Dr Sirengo said.

Health authorities say an estimated 200,000 Kenyans will be put on PrEP, costing the government about Sh30 billion over a five-year period.

“We have mapped out seven counties, which account for almost 60 per cent of the infections. They are Kisumu, Homa Bay, Migori, Siaya, Kiambu, Mombasa, and Nairobi,” he said.

Official estimates put the number of Kenyans infected with HIV at close to 1.5 million people. Of that number, nearly 1 million are on anti-retroviral treatment but another 400,000 remain unaware of their status.

“This is the number that we need to reach out to, and if we are to achieve the Fast-Track target set by WHO [World Health Organization], then we must conduct targeted testing, which can be done through the self-test kits,” said Dr. Sirengo.

Dr. Sirengo then advised that the self-testing be carried out in private, however, he urged persons with positive test results to seek confirmation and counseling at a Voluntary Counseling Center.