In “Honey 3,” Sibongile plays “Ishani,” a street-tough Cape Town local who never backs down from a fight — or dance battle. With hints of Kwaito, “Ishani’s moves are as aggressive and powerful as she is.

The film, which was filmed in Cape Town, South Africa, is now available on DVD and Netflix. 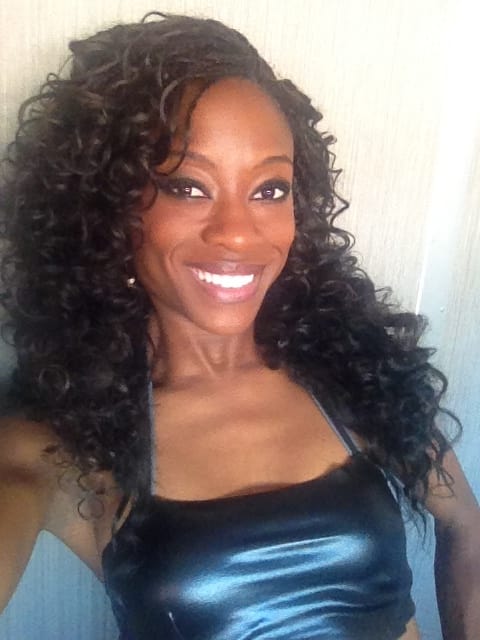 Face2Face Africa: Who is Sibongile Mlambo?

Sibongile Mlambo: I’m a woman trying to live life in the most exciting way possible! I work as an actress, that way I can experience many lives! I was born in Zimbabwe. That’s where I grew up. I’m also South African through my mother’s side of the family, and I lived there for a few years before moving to Los Angeles.

F2FA: What inspired you to become an actress?

SM: When I was really young, my oldest sister was the lead in “Everyone’s Child.” I remember watching it at the theater and thinking how amazing it was to see her on that big screen, playing pretend! It seemed like fun and I wanted to do it too.

F2FA: At such a young age, you’ve managed to achieve so much. What’s your secret?

SM: Hah, young age, you definitely don’t know how old I am! I’m very fortunate to have the freedom to pursue my dreams, and I don’t take that lightly. The achievements you’re talking about are the result of hard work, sacrifice, and divine intervention!

F2FA: Is there a specific film you feel proud to have featured in and why?

SM: YES! “Honey 3”! Which is available now for everyone to watch on Netflix and Amazon! It’s my first lead role in a studio film (Universal), and it combines two of my favorite things: acting and dancing. Everyone on the film was incredibly talented, from the director, Bille Woodruff to Cassie and all the dancers and choreographers. I got to be the face that introduces the world to modern African dance styles. That’s something I’ll always cherish and be grateful for.

F2FA: In what ways did your African background help build your character in “Honey 3”?

SM: My character, “Ishani,” is from Cape Town, and when I went for the audition, I had been in Los Angeles for a week from Cape Town, so I understood exactly who she was, how she spoke, and how she thought. I have training in different African dance styles and hip-hop, which helped too.

F2FA: As an African, are there specific challenges you’ve encountered while pursuing your acting career abroad?

SM: YES! Having to start all over again to build relationships and trust with casting directors etc., learning the American accent and culture, and getting people to say my name right!

F2FA: What’s your advice to young African girls looking to venture in to the acting industry?

SM: Act in everything you can, put in the hours, get training, find a mentor (I wish I had one) and as they say, break a leg!

F2FA: In Africa, many people don’t view acting as a profession, and what do you think about that?

SM: It’s true, they don’t. When I said I wanted to be an actress, no one took me seriously. People always asked me when I was going to get a “real” job; they still ask me that now! It’s unfortunate, but the reality is we don’t have the luxury of being an actor in many parts of Africa. We’re dealing with other, more pressing, issues.

F2FA: Where do you hope to be in the coming five years?

SM: I hope to have secured a deal worth millions of dollars as a super hero/villian in a major franchise.

F2FA: Many African graduates are moving to the West in search of greener pastures. Is the grass always greener abroad?

F2FA: Do you believe pan­-Africanism has had any impact on Africa’s social, economic, and political progress?