Described as the man who turned art into motivation, Charles Alston was an African-American painter, sculptor and teacher who is best known for sculpting the bust of civil rights icon, Dr Martin Luther King, Jr. that is displayed in the White House’s Oval Office.

Born in Charlotte, North Carolina, before moving to New York City in 1915, Alston, who was active in the Harlem Renaissance had a much earlier association with the Federal government.

In the 1930s, he painted murals for Harlem hospital but one of his noteworthy contributions would be in the 1940s, when he was hired by the Office of War Information to create a series of cartoons, especially for African-American newspapers during World War II. 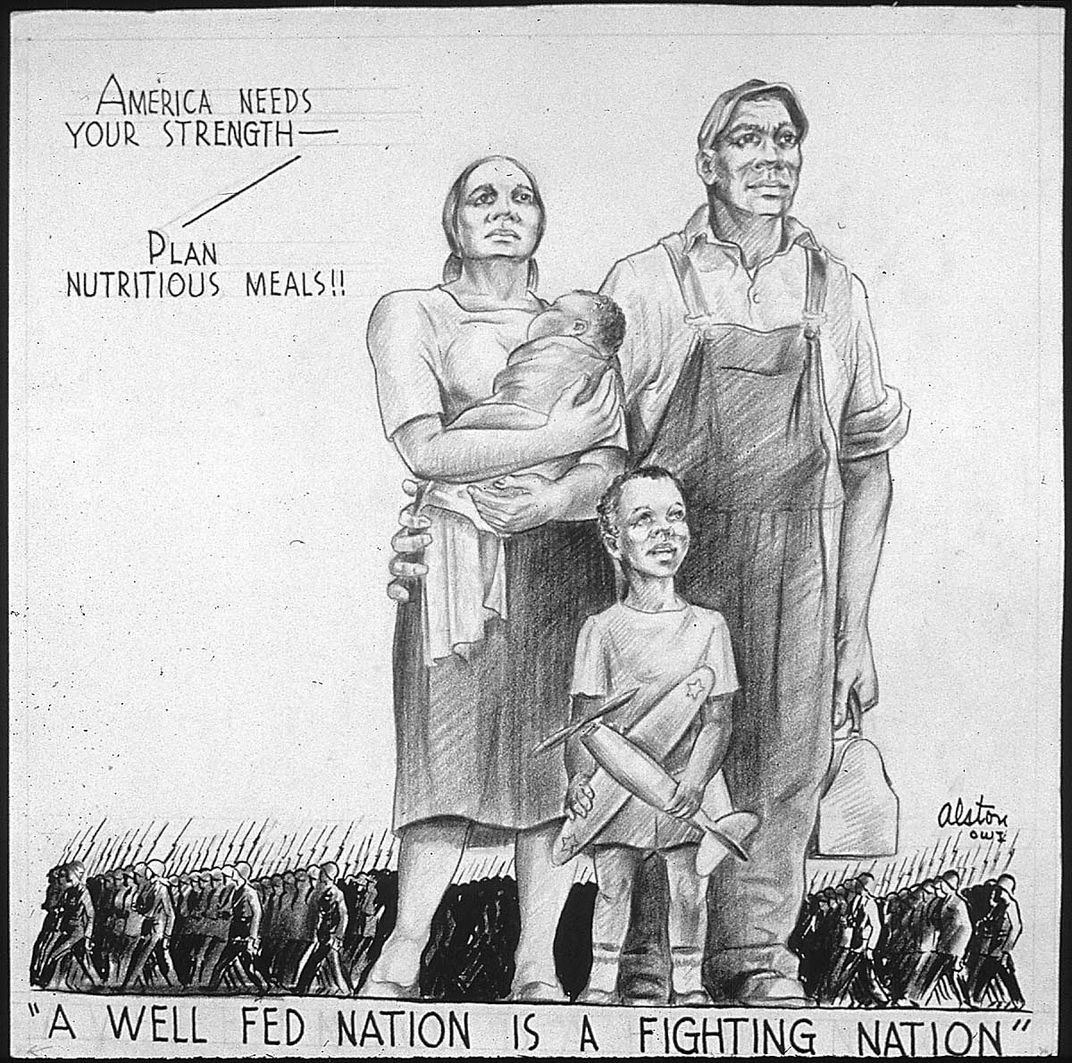 An illustration by Alston — National Archives

His illustrations, which featured famous black heroes and wartime propagandist messages such as the need to conserve fuel, buy war bonds, and grow victory gardens, were all aimed at boosting morale and the war contributions of African-Americans.

Alston’s drawings were created and distributed through black newspapers, who were then very active during an era of segregation. 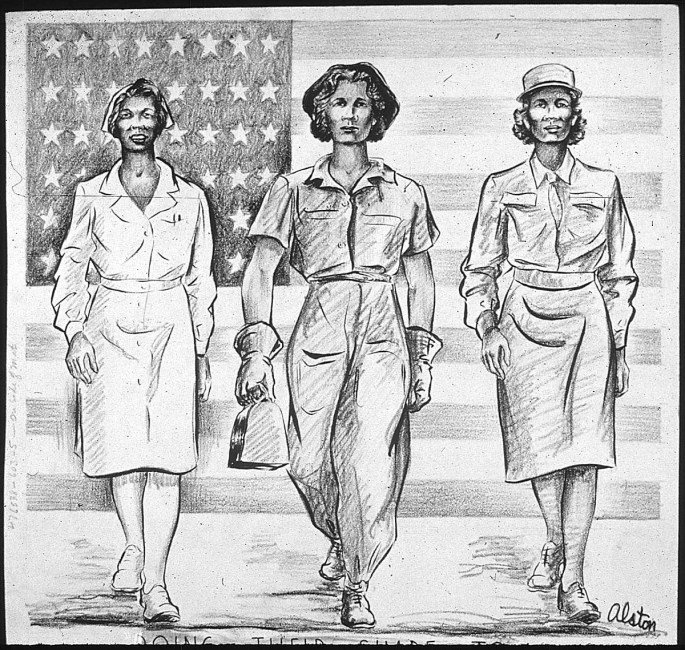 But just like a majority of African-Americans, these black newspapers were not certain about the United States’ entry into World War II, as they felt that it was not effective to fight for battles abroad when black people had limited freedoms back home.

This was also during the period of the “Double V” campaign, which declared that black people should fight for a dual victory over enemies at home and abroad.

But Alston dealt with this uncertainty by highlighting in his drawings African-Americans, both famous and lesser known, who have made significant achievements within the U.S. Armed Forces and have been vital to the war effort at home. 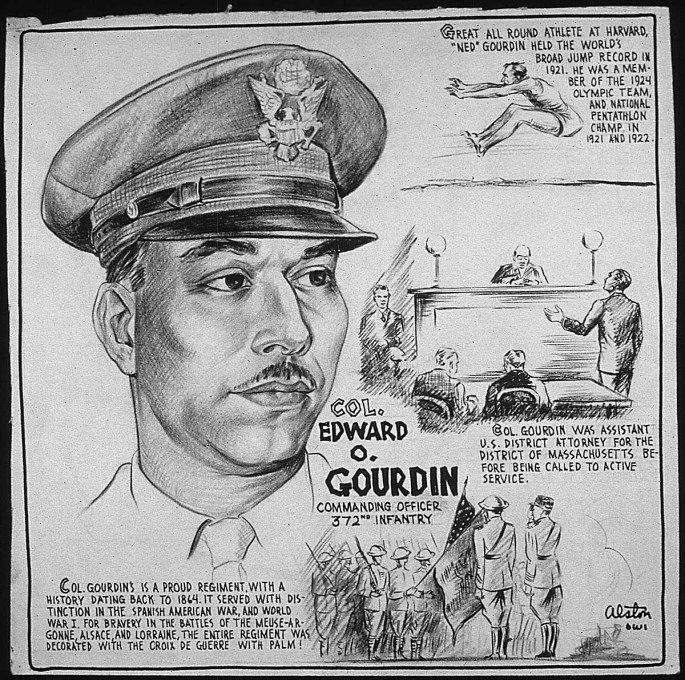 For instance, he drew a portrait of Harvard-educated attorney Edward O. Gourdin, who left his position as assistant district attorney in Boston during the war, to become an officer in the famous 372nd Infantry Regiment.

In his biographical cartoons, he also highlighted Willa B. Brown, a lieutenant in the U.S. Civil Air Patrol who was also the first African American woman to earn her pilot’s license in the U.S. 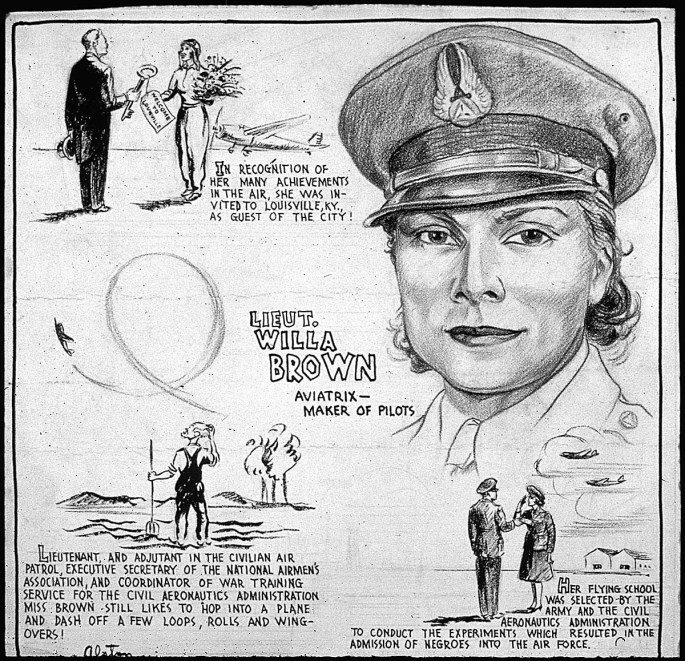 A drawing of Willa B. Brown — National Archives

While his cartoons delivered a message of both racial and gender equality, Alston, perhaps, did not fail at inspiring black soldiers to participate in the war as the history of the Patton’s Panthers, the Red Tails and others showed that black people did contribute significantly to the war effort.

Alston, after his year of working for the OWI during the war, continued his career, doing commercial work for newspapers and magazines, as well as, teaching, painting and sculpturing.

He died in 1977 but his war effort campaigns that specifically targeted black people and eventually helped win World War II will always be remembered.