She sets the tripod, checks the angles to ensure good balance. She then feels the buttons on the camera and looks into the lens. Camera. Ready. Action!

That is the normal work routine for the Nigerian woman, Taiwo Lawal, believed to be Africa’s first blind photographer who is showing the world that passion is stronger than obstacles.

One could say that she defied the odds but for Lawal, she just refused to see them. Having been born blind, a twin and out of rape, growing up was tough for Lawal, as she went through life’s difficulties in her home at Ondo State, Nigeria.

“We had no clothes to wear, only panties. People treated us badly, and sometimes, they threw stones at us. We were fed five-day-old food. We didn’t have any choice then but to eat it. Now, I can laugh about it because it’s in the past,” she told Sunday Punch in an interview.

For someone who was also ridiculed many times in public places, she could have resigned to her fate but instead, she chose to work on her limitations to make something of herself – joining the community of photographers to challenge those who can see. 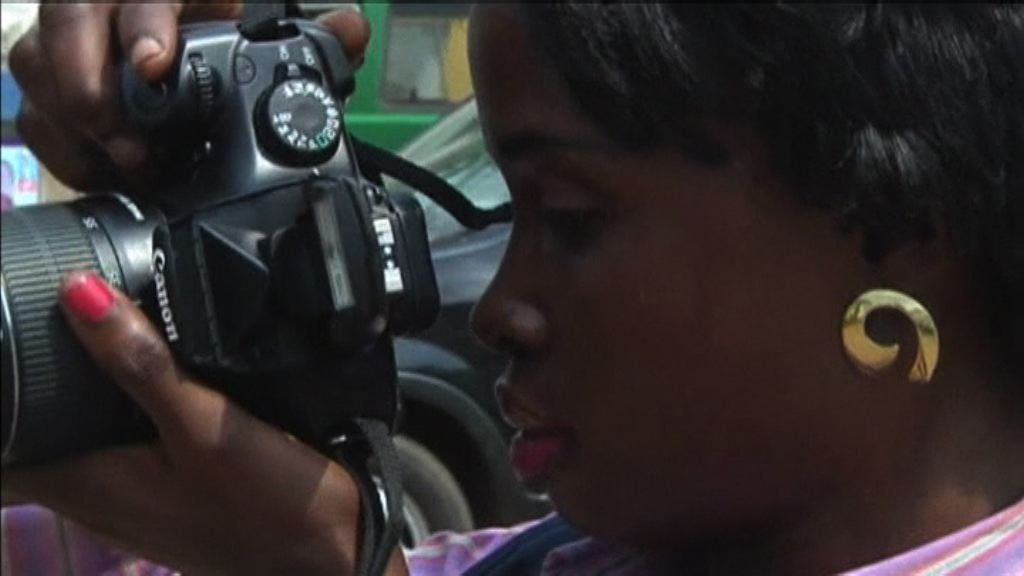 Prior to her photography training, Lawal, who believed that having a mind was enough for her situation, learnt a few trades which included bead-making and bag-making for four years. Her road to photography began with Emmanuel Effiong-Bright, the winner of the 2013 Verseidag Bowling Tournament, United Arab Emirates, who discovered her prior to the competition in Oshodi after she asked him to lead her to the bus park.

“She could have gone begging like others but she overcame all that. Our journey took 25 minutes instead of five minutes. But, it has been one of the best 25 minutes of the last 25 years of my life. I saw a blind person who spoke like someone who could see,” Effiong-Bright said.

Through his help and her photography instructor, Seun Akisanmi, Lawal began photography lessons which she initially thought was impossible due to her lack of sight. 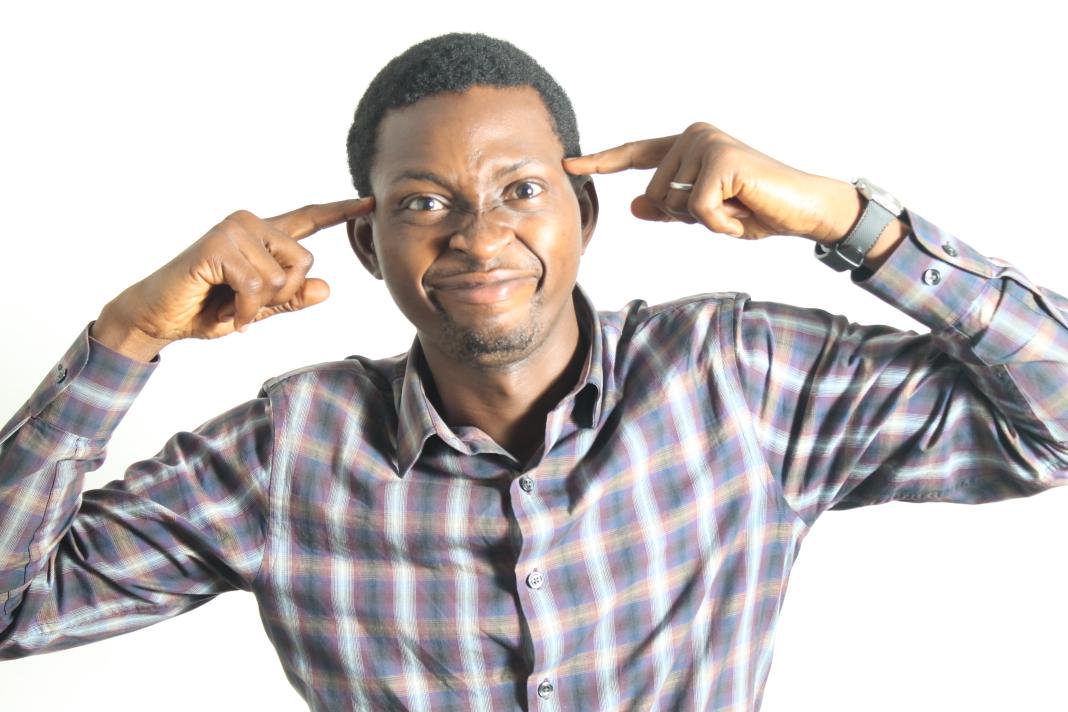 Akisanmi, who runs the academy (Elophotos) where Lawal took her classes, said teaching her was interesting though challenging.

“One must be extremely patient. Training her is like two to three times longer than that of a sighted person. But I’m also learning from her. I didn’t know how sharp her other senses were, and she always looks happy. She’s a bright student and has learnt a lot. There are some settings we can’t teach her but she can use auto-mode. She knows enough to do a mini-session for someone, which is a good start, and she can take good pictures.”

The 39-year-old whose specialty is in street photography said: “Taking pictures makes me happy. Also, it has helped me forget my past sorrows when some people didn’t appreciate me and I endured a lot of insults.” 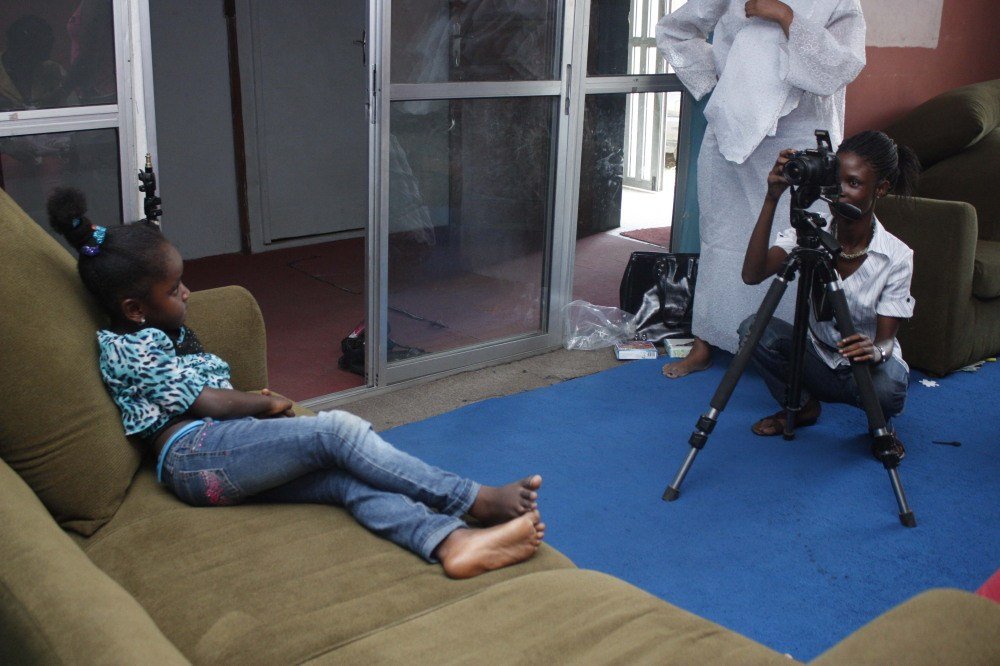 For someone who takes incredibly beautiful pictures despite her situation, this is how she knows she is aiming at a good shot:

“Whenever I take pictures, I know they would be beautiful because I see them in my mind.”

“If I want to take a picture, I would go to where the person is, and feel his location; then I would communicate with the person to sense the direction, as the sound of the person tells me where he or she is.”

Lawal and her twin, according to doctors, had only six years to live at the time of birth but the two have broken all barriers to become a success. Her twin is married with two children and Lawal continues to take the photography industry in Nigeria and Africa to the next level. 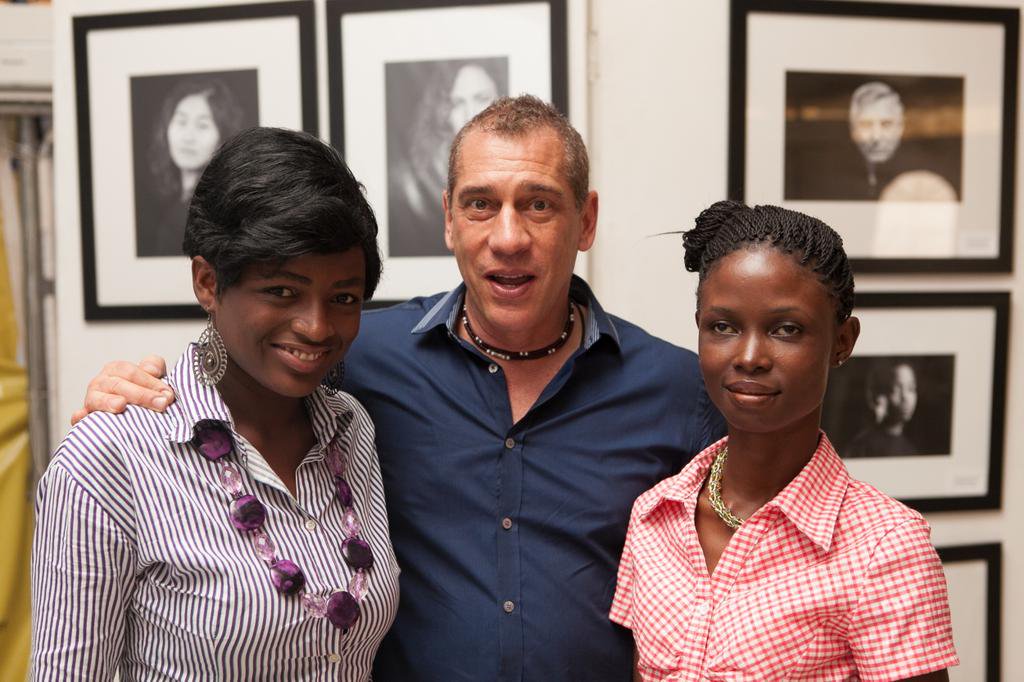 She has already met big names in the photography industry such as American Joe McNally and recently, she won an award at the International Day of Persons Living with Disabilities, which was held in Port Harcourt, Rivers State.

In 2013, the award-winning photographer had her first ever public exhibition that was arranged by NIPHEC (Nigerian Photography & Exhibition Conference).

Her story adds to the many amazing bling people out there on the continent who have overcome their limitations to contribute effectively to society. Abdallah Nyangalio from Mbagala, Dar es Salaam, lost his sight in 1989 from complications resulting from high blood pressure but he is now an independent tailor who has perfected his craft and boasts a roll call of clients that include former Tanzanian President, Jakaya Kikwete and several members of parliament.

There are also the likes of the visually impaired Ethiopian woman, Yetnebersh Nigussie, who is a human rights lawyer; Endurance Otobi, a blind cobbler; and Abdifatah Hassan Kalgacal, a visually impaired reporter from Somalia.

Meanwhile, check out how Lawal snaps her perfect shots below: