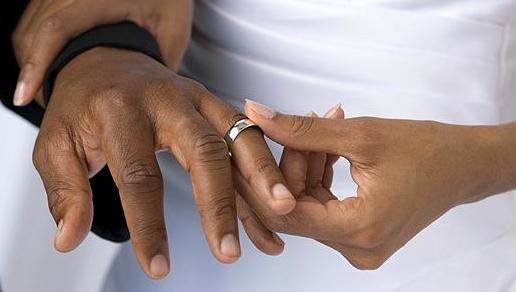 Recently, I asked a couple of my male friends this very question but I guess none of them was as candid as I wanted them  to be. Most of them asserted that marriage was a cure to promiscuity. In fact one of my male friends, a well-known playboy in “the game” held overtly and strongly that marriage was going to save him from his promiscuous life. Absurd if you believe otherwise, right? The first time I heard this line was in one of my favorite movies of all time, "The Best Man." Even then I thought that the assertion was rather absurd.

PROMISCUITY as you all know is fast becoming prevalent in our society today. It has become a way of having fun especially among the male species. According to the men (my male friends inclusive), it is a way of ‘testing water and surfing grounds’. The African man sees promiscuity as tasting different kinds of soup and knowing which one appeals most to his stomach. Some say it is the changing of shirts to the most suitable one. Many men out there believe that at the time they say their vows, they are automatically curbed of promiscuity. This is due to the fact that they are married and must be faithful to their wives. Is marriage a cure for promiscuity as many African and African American men believe?

Have you ever wondered why married men go out of their matrimonial beds for single ladies or the preference for married man by single ladies? Marriage is an institution and also a process of learning how to live with people of different characters, attitudes, and personality. Marriage reveals flaws of both partners and hereby is no cure for promiscuity as ascertained by some men.

One thing men fail to realize in marriage is that it opens you up to flaws, tests and difficulties except if it is resolved amicably. Promiscuity only gets worse when flaws in marriages are revealed. It is a sexual addiction common amongst men. The main drive for promiscuity to me is that men see women as just a tool for satisfying their sexual urge rather than as an intelligent being they can learn from. Now, I do not want to sound like your typical marriage counselor or shrink here so let’s move on to other important things.

What then is the cure knowing now that promiscuity is a habit that needs to be dealt with? The first step is admitting you have a problem and the desire to stop this. After that, self control over your sexual urge has to be learnt. The Bible condemns promiscuity in that it sees it as an anomaly of marriage and also a spiritual problem. The only treatment out of promiscuity is through avoiding materials that increase your urge and having self-control.

So those who still think marriage is a cure for promiscuity are deceiving themselves. I leave this question for them to answer. What happens when your wife gives you the silent treatment and is asking for space? Do you as a man wait patiently or you jump into the next available bed?

For ladies whose men are promiscuous and saying “honey, when we say our vows, I will remain faithful to you" are LYING! You cannot change what you are or as the proverbial saying goes a leopard cannot change its spots. Let him deal with his habits before standing at the altar.

To all you guys who are deceiving yourselves, it’s time to wake up from your slumber and deal with promiscuity. If you cannot stick to one girl, how sure are you that you will remain faithful to your wife after being married?