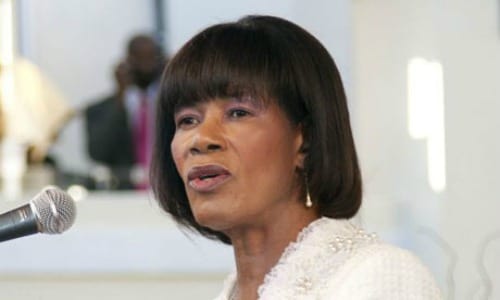 Prime Minister of Jamaica Portia Simpson Miller (pictured) recently made her contribution to the 2014 Budget Debate, where she made it clear that “there is no quick fix” to the country’s economic problems. Still, Simpson Miller said that the government is committed to “balancing the books, while balancing people’s lives” and will stay the course with the macro-economic transformation of Jamaica.

“Do not be afraid, do not be discouraged” Simpson Miller said.

The Prime Minister explained that her administration has laid down efforts in to improving the economical stability and growth of Jamaica by reducing General Consumption Tax, increasing both minimum wage and government pension twice as well as establishing changes to the Student Loan Bureau mechanisms.

Also, the government has implemented several important community building programmes that have made headway in protecting the people’s interest.

“No matter what anyone wants to say, I am the Prime Minister for all Jamaicans,” Simpson Miller told Parliament.  “The Government will be spending over $5.5 billion to safeguard the welfare of the vulnerable in our society,” she added. 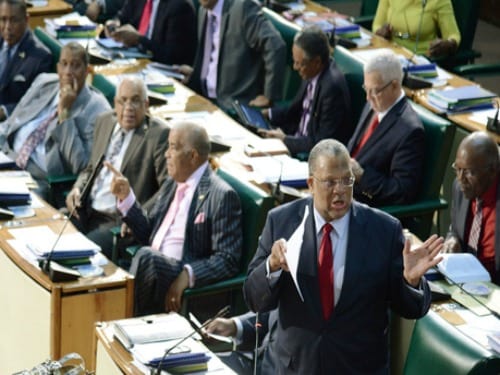 In the meantime, the Prime Minister said that the Minister of Finance will disclose further details on the $7 billion tax packages when he closes the debate.

She urged Jamaicans to be “strong and courageous” in an environment where citizens’ confidence is waning and many are asking “how much more can we sacrifice?”

A total of $557.7 billion will be spent on operations by Jamaica’s Central Government for the fiscal year 2014/15, with Phillips making the disclosure during the opening of the Budget Debate in the House of Representatives on April 17th.

A total of $161 billion has been allocated to meet wages and salaries of public sector workers.

Additionally, provisions have been made to honour all agreed settlements, including a $4 billion payout for the final tranche of seven percent wage settlement, due in May.

Also, $2.8 billion has been set aside for the second year of the one-off payment for public sector workers due in August as well as a $2.3 billion allocation for the second phase of the Health Sector Reclassification.