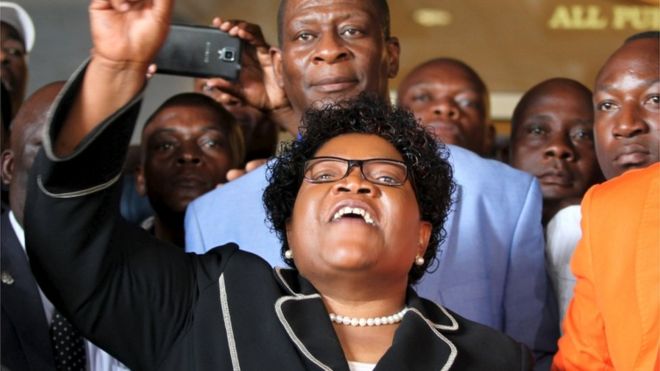 Mujuru was Zimbabwe President Robert Mugabe‘s vice president and widely thought to be his successor, until 2014, when First Lady Grace Mugabe (pictured) led Mujuru’s ousting after accusing her of conspiring to supplant and kill the President. 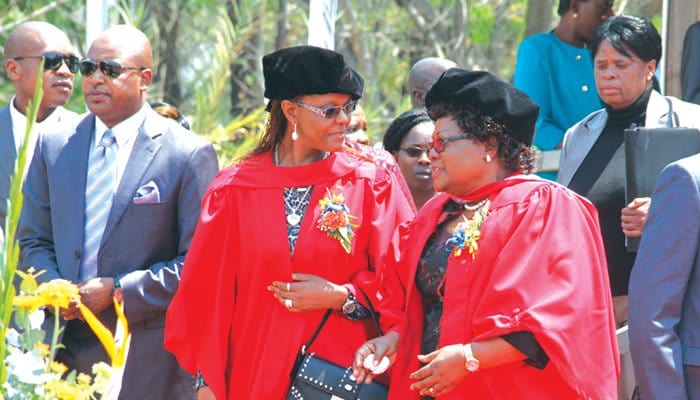 This week, Mujuru — as well as other former high-profile Zanu PF officials — challenged Mugabe’s 35-year rule with her new party, which she is poised to lead as its presidential candidate for the next election.

During her announcement, which took place in Harare, Zimbabwe’s capital, Mujuru countered Zanu-PF’s assertions that she plotted against her former party, saying, “I’m neither a witch nor an assassin.”

Mujuru then explained that ZPF would fight the “scourge of corruption…” and claimed that “some revolutionaries are busy pulling Zimbabwe down.”

For the Zanu-PF’s part, Mugabe, now 92 years old, has already been nominated for re-election for the next election.

Yet, a bizarre struggle is already taking place between the First Lady and Vice President Emmerson Mnangagwa (pictured at left) who are said to be fighting to take Mugabe’s place due to his age.