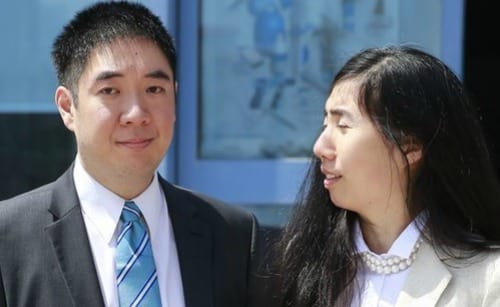 Matthew and Grace Huang, an Asian-American couple sentenced to three years in prison for starving their adopted daughter to death.

Matthew and Grace Huang, an Asian-American couple, were sentenced Thursday to three years in prison in a Qatar court for starving their adopted daughter to death.

The Huangs, parents to three adopted children, were accused by prosecutors of killing their daughter in order to harvest her organs.

As reported by BBC News, the charges that landed the Huangs in jail were not announced, but outside the court, Mr. Huang presented greater detail.

“We have just been wrongfully convicted, and we feel as if we are being kidnapped by the Qatar judicial system,” said Mr. Huang. “This verdict is wrong and appears to be nothing more than an effort to save face.”

Mr. Huang added, “They accused us of killing our daughter to harvest her organs. That’s how ridiculous this is. This verdict should be overturned immediately.”

Along with the prison sentence, the couple has to pay 15,000 Qatari riyals, or $4,100, in fines. After serving their sentences in Qatar, the couple will be deported. The defense team has been granted 15 days to appeal the sentence and have plans to put that in to motion. 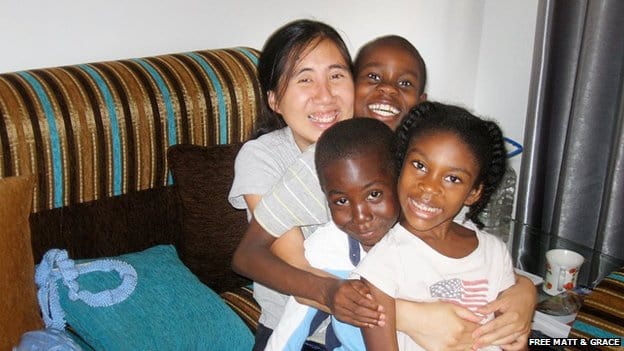 9-year-old Gloria with her two brothers and adopted mother.

Mr. and Mrs. Huang were arrested in Qatar’s capital city, Doha, back in January 2013, after the death of 9-year-old Gloria (pictured above with her two brothers). The Huang family adopted Gloria from Ghana and have two other adopted children (pictured) also from Africa.

The Huang family arrived in Qatar, after the husband reportedly moved the family to the country for work. Their other children are residing with family back in America.

Via their website, the Huang family claims that Gloria’s death happened as a result of an eating disorder she developed while living in Ghana, but Qatar police officials determined that the Huang family was harvesting the girl’s organs although a second postmortem investigation reportedly revealed that no evidence of organ tampering was found.

Shockingly, this is not the only case dealing with organ harvesting. In 2011, Catholic Online reported on African refugees, attempting to relocate to Israel, having their kidneys and livers removed while they were alive and then being left to die. Then a Somali girl was reportedly smuggled out of her country to Britain for her organs, according to the New York Post, last October. Her case was of particular significance because it was the first time that authorities saw a child being trafficked specifically for her organs.

Another high-profile organ-harvesting, kidnapping case involved the “humanitarian organization” Zoe’s Ark. Back in 2007, Chad’s President Idriss Deby accused the organization of trying to kidnap 103 children and take them to France for illegal adoptions and organ-harvesting. At the time, President Deby told NPR, “Clearly, their goal was to kidnap and steal these kids from their parents, and sell them to pedophile organizations in Europe, or kill them and sell their organs.”