Julius Malema the leader of South Africa’s Economic Freedom Fighters (EFF) was trending on Twitter for his remarks at the funeral of anti-apartheid icon Winnie Mandela.

In his speech, he calls out the people who betrayed Winnie to the apartheid government and yet attended the funeral without feeling guilty of their actions.  He asked for a signal from the late hero on how to deal with such people.

He said this boldly, to the applause of the crowds at the Orlando Stadium and on social media, including Twitter. The impact of his speech was so strong that a hashtag, #JuliusMalemachallenge was generated to ask for help on how to deal with hypocrites.

While this was witty and hilarious, it spoke of Malema’s courage in telling things as they are. That he was able to point out these issues, especially at a funeral, should not be taken lightly.

It is quite common for people to try and bury the negative deeds they have done to people or keep quiet when they see others do the same.

Kenneth Matiba is one of Kenya’s politicians who stood up against President Daniel Arap Moi’s regime.

He was arrested and detained countless times for calling for the re-introduction of multiparty democracy in Kenya.   He even suffered a stroke while in detention, yet no single government official bothered to offer him any help.

He died on Sunday and already we are seeing the betrayers coming out to heap praises on him and what he was able to do for the country, yet they were the same ones who did nothing when the state tortured him. 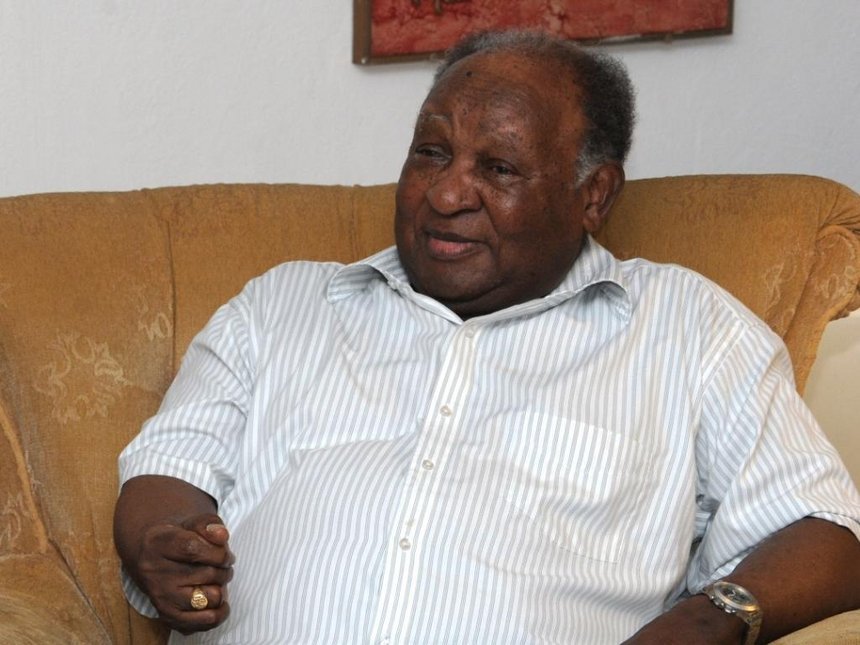 It is not that Matiba was a perfect person. No.  He had his faults.  He was among the politicians who were anti-Asian, calling for the revocation of any illegally-obtained citizenship held by Asians.

Matiba was also among the richest Kenyans, but his finances started dwindling as he spent money on his treatment and poor health.  He also lost some his properties to auctioneers by the time of his death. It was only in 2017 that the Kenyan High Court ordered the State to pay him damages for the torture and for medical expenses.

The tributes coming in are quite like that sent to Mama Winnie. And just like her situation, there’s an attempt at revising the circumstances in which he lived his public life.

That’s why we need the voices of Malema. People who call it as it is; who make you see the fault in your actions past and present, and who are not afraid of pointing out attempts at revising history to hide their misdeeds.

We need such people not only in public spaces but also in our private lives. The ones who shed crocodile tears when they sat comfortably as you or your loved ones undergo difficult times yet they have the capacity to help.  Or those who wait until death to make things right.