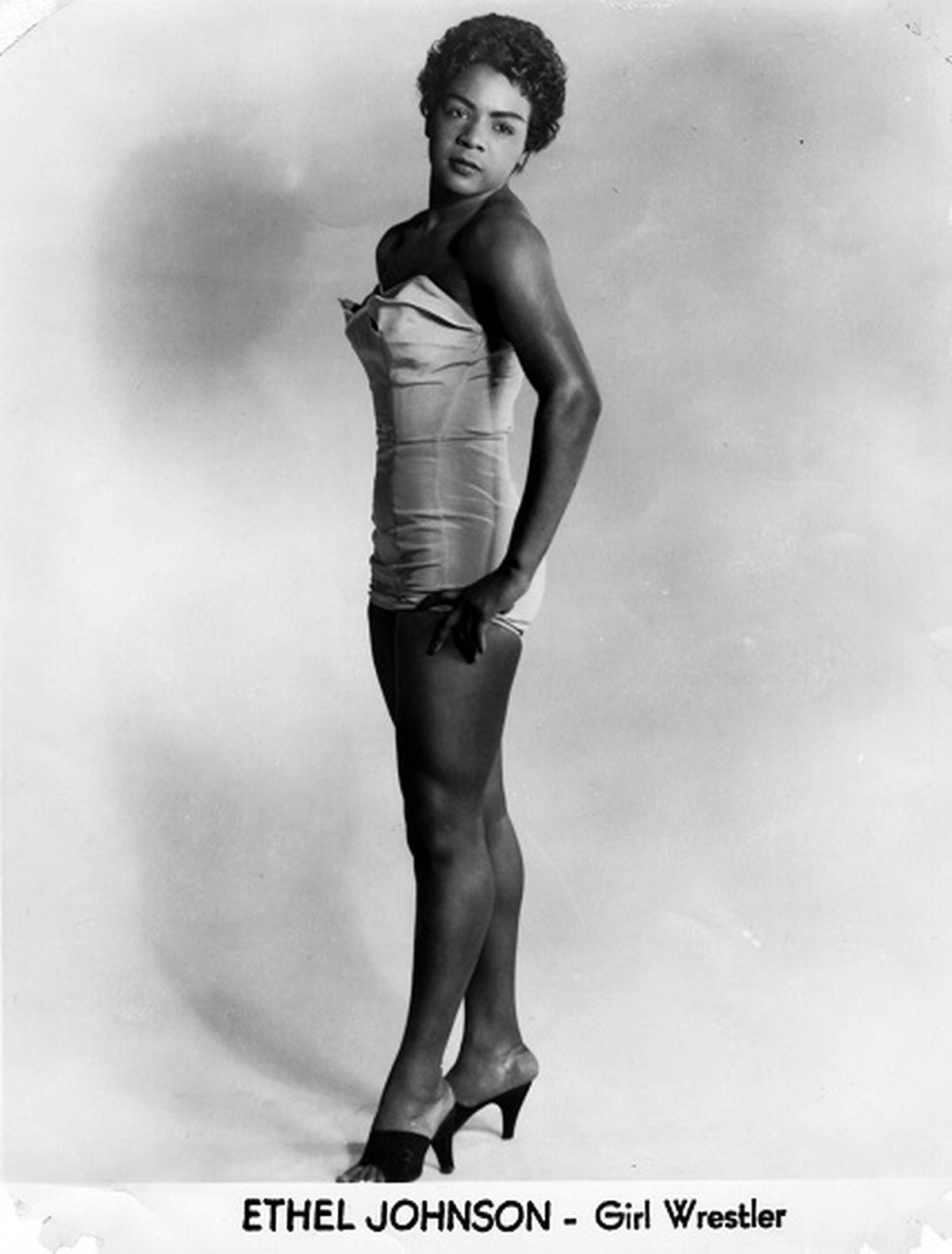 She is described as the first African-American female wrestler who entered the business after training with her older sister in the 1950s.

From Columbus, she rose to fame when she signed up with promoter Billy Wolfe in 1950 and went through training with Wolfe’s wife, Mildred Burke (the first female world champion in wrestling) at the age of 16.

Johnson was said to be naturally athletic and in one of her matches, she became one of the first women to use a standing dropkick, a version of a flying headscissors. She was also loved by a move many at the time marvelled at –  the atomic drop.

By the end of the 1950s, she was working with NWA territories and big shots in the game such as June Byers and Penny Banner. She also worked for Big Time Wrestling (before it was renamed Stampede Wrestling), and Jess McMahon in Capitol Wrestling, which would later become the WWE. Johnson retired in 1976 after 26 years in the business.

Below is a fight between Ethel Johnson and colleague Betty White: