Zimbabwean cleric Prophet Patrick Mugadza has been arrested by the authorities for prophesying about the death of President Robert Mugabe.

Earlier in January, Prophet Mugadza ruffled a few feathers in Zimbabwe with his prophesy that President Mugabe would die on October 17th. Mugadza said he received his prophecy directly from God while in the middle of prayers. He claimed that God revealed that 93-year-old President Mugabe, who has ruled his country since independence in 1980, world would not see the end of 2017:

I just want to tell you something concerning the year 2017. It is a very special year because of number SEVEN and at the same time also, 2017 collides with 37 years by which Zanu PF has been ruling this beautiful nation of Zimbabwe, but something is going to be happening also, which is very critical for us to know.

It was on the 26th of December 2016, when I was in prayer, and God said to me this coming year 2017 the president is dying and he told me that he is dying on 17th of October, like I said earlier on that I am not happy for somebody to die but this is something that is going to happen.

People may ask me if what he does not die. I do not know how much he believes in prayer, but he has to do something about this prophecy. I would not want to force anyone to believe this, but I am just saying it because this is what God told me, so it is up to the individuals to believe if it is going to happen or not.”

The Kariba-based Prophet Mugadza submitted that Mugabe can only avert imminent death if he openly tells the public that he does not want to die. 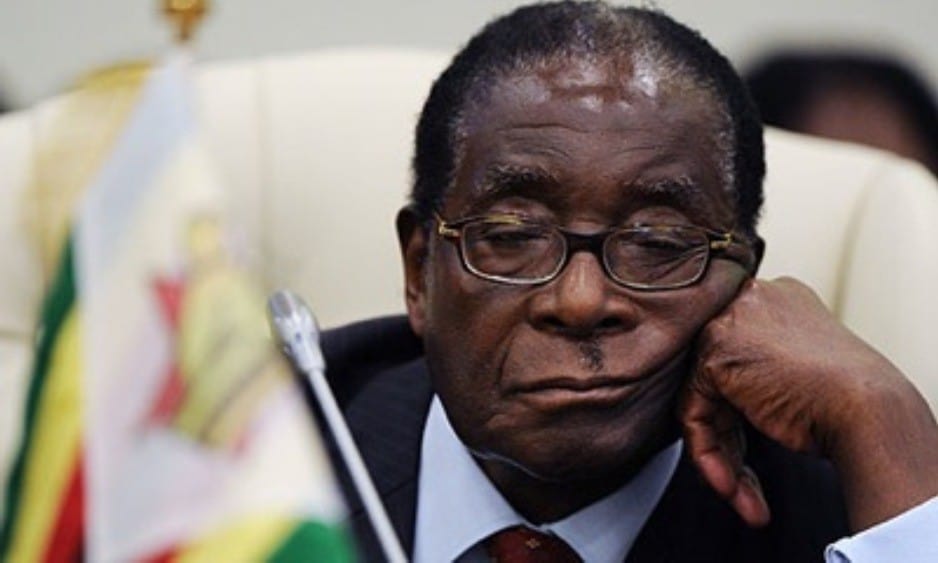 On Monday morning, Prophet Mugadza was arrested at the premises of a local magistrate court in Harare, where he had gone to attend to personal business, by a team of security operatives from the President’s office.

At press time, he is being held for charges relating to undermining the authority of the president.

It is an open secret that 93-year-old President Mugabe has been battling a number of age-related ailments, including prostate cancer, in recent years. In fact, Mugabe has appeared increasingly frail and his death in the coming months or years would hardly qualify as shocking or unexpected. 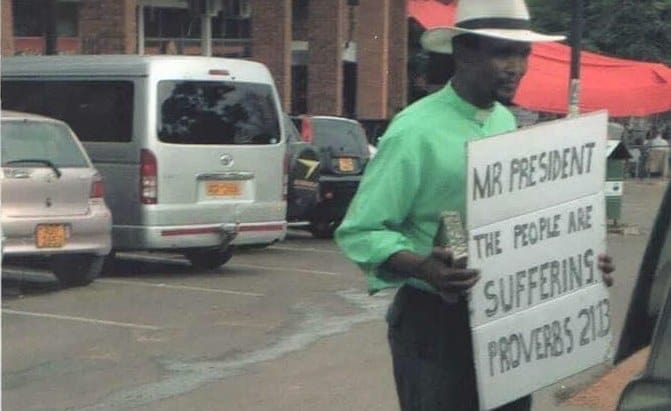 Mugadza during his protest in December 2015. Photo credit: Allafrica

This isn’t the first time, though, that Mugadza is being detained by authorities. In December 2015, Mugadza was arrested and detained for two weeks and slammed with “criminal nuisance” charges, after he traveled from Kariba to Victoria Falls to stage a one-man protest against President Mugabe.