The son of runaway Gambian President-elect, Adama Barrow, has died under unclear circumstances after he was reportedly attacked by a dog in Manjie-Kunda, Gambia, on Sunday night, according to the BBC.

Eight-year-old Habibu Barrow was allegedly bitten to death by a dog whose owner and whereabouts are yet to be revealed. He was pronounced dead on arrival to the hospital.

“I can confirm to you that President-elect Barrow’s son has been killed by a dog at Manjie. I am just from the death house in Banjul. Barrow’s sister was also at the death house. She said the President’s son passed away,” a source was quoted by the Freedom Newspaper yesterday.

When asked what really transpired during the incident, the source said: “Honestly, the media team is not aware. The boy was not staying in Barrow house in Brufut.”

Barrow, who is in Senegal, was unable to attend his son’s funeral after he was advised by ECOWAS to stay out of Gambia for his own safety.

Gambia’s President-elect, who will be inaugurated on Thursday, is facing resistance from the incumbent President Yahya Jammeh, who has rejected last month’s election results, saying the poll was rigged. He is calling for fresh elections. 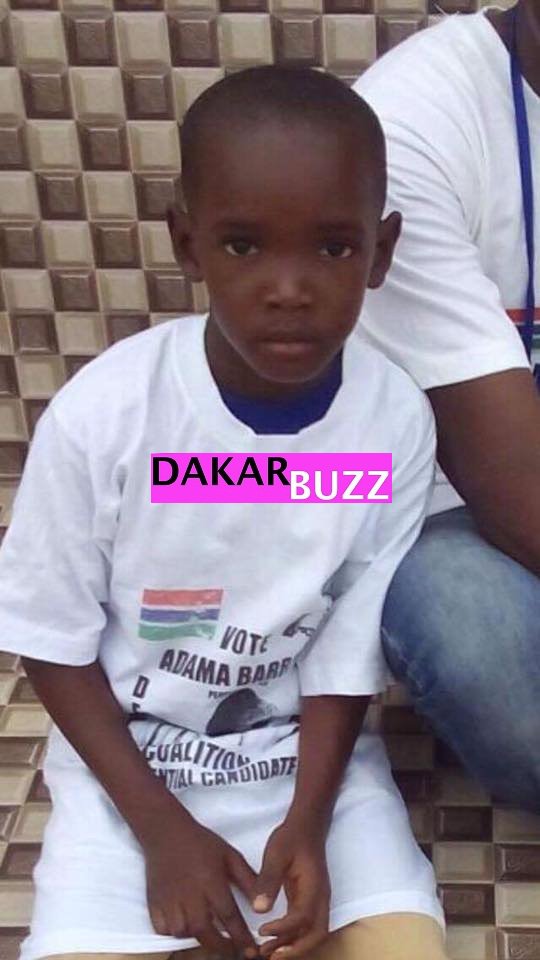 The sudden death of Barrow’s son has left many people questioning the possibility of foul play in the unclear incident, considering the current political situation that the President-elect is facing in the country.

Many have taken to social media to express their disbelief and misgivings about the cause of the shocking death.

How often do you hear of a dog bite scenario in Gambia? Out of a population of 1.9m it had to be Barrow’s son? Something is very fishy

Some people are suspecting that the incident may be due to the ongoing political tussle between Barrow and the outgoing president.

“So that’s a warning from Jammeh. Read Concubine by Elechi Amando from Nigeria who wrote about traditional charms either of love or death,” Jacob Dior wrote on Facebook.

Others have questioned whether a dog’s bite can cause instant death, with many linking the death of Habibu Barrow to witchcraft.

“I am also wondering as a veterinary para-professional. Because it takes 14 days to 5 months for rabid-infected person to die depending on the site of the bite, the depth of wound and the virus load. And even the 14 days apply to persons bitten on the mouth or any part of the head, which is rare. Meaning apart from the head of the victim being the site of bite, the victim can survive up to 5 months or a year,” Nana Amoako wrote on Facebook.

The incident comes days after the African Union announced that it will not recognize Jammeh as President of Gambia after the inauguration of Adama Barrow on January 19.

Thousands of Gambians are now fleeing to neighboring countries for fear of a civil war.