Last March, it was announced that the book “The Queen of Katwe,” about Ugandan chess prodigy Phiona Mutesi, would be turned into a movie by Disney, with Kenyan starlet Lupita Nyong’o and award-winning British actor David Oyelowo signing on to the film. Now Disney has released its first image (pictured) of the much-anticipated movie. 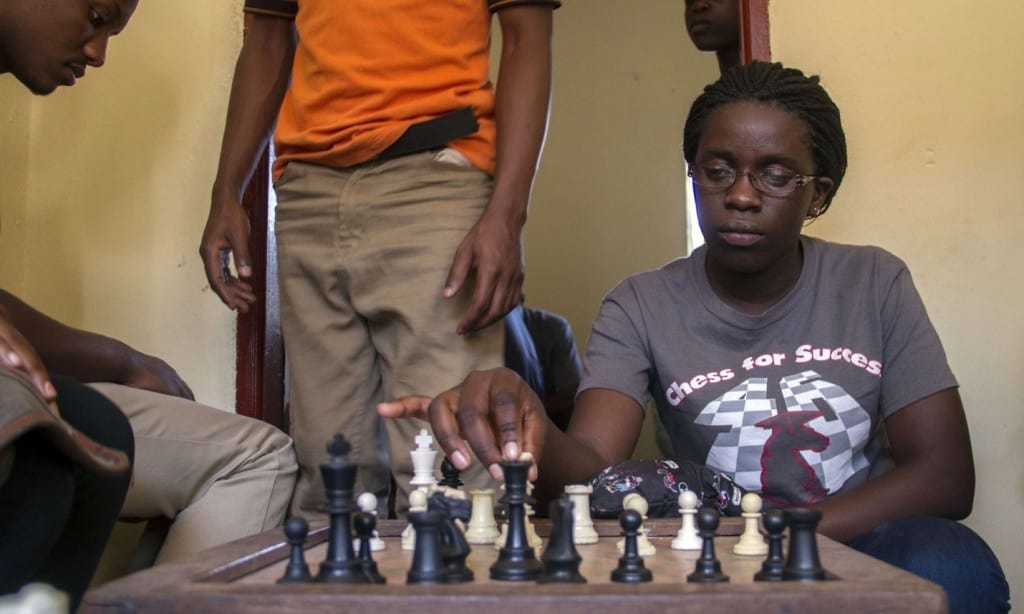 At just 9 years old, Mutesi (pictured) would be exposed to chess — and subsequently rise above the slums of Katwe — after showing up to church for the advertised free cup of porridge.

Mutesi keenly remembers the day she entered that church in 2005 only to be unwittingly exposed to chess.

“It was so interesting,” she said of her introduction to pawns, rooks and kings in 2005. “But I didn’t go there for chess, I went just to get a meal.”

Obviously, Mutesi would end up with much more than a meal: By ages 11 and 12, she would become Uganda’s National Women’s Junior Champion in chess.

“She made history in the schools’ competition by becoming the first girl to compete in the boys’ category. It was certainly surprising.”

But Mutesi was just getting started.

Her first trip outside of Uganda took her to South Sudan’s International Children’s Chess Tournament in 2009.

Mutesi and her team would bring home a trophy then too.

Then came the tournaments where she competed in Turkey, Siberia, and Norway, earning her Woman Candidate Master ranking.

Her success spurred American author Tim Crothers to write about her experience in “Queen of Katwe.”

While Oyelowo plays the role of the missionary who teaches Katwe’s children how to play chess and newcomer Madina Nalwanga plays Mutesi, Nyong’o, who plays Mutesi’s mother in the film, recently said of the project, “This is a story about the commitment to a dream even in the most discouraging of situations. The slum of Katwe is a very difficult place to live, but you see these people living there with dignity and making it day by day. And so to go there and to have that environment to work from really did sober us and enliven us.”

“The Queen of Katwe” will premiere this fall.