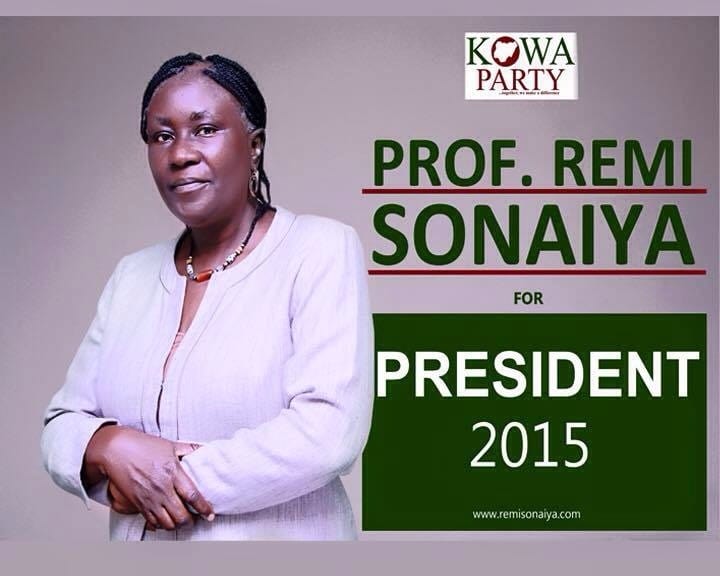 On March, 28, 2015, Nigerians will elect a President for the following four years. With less than two weeks before the elections, the names of two candidates dominate political discussions: the Peoples Democratic Party (PDP) nominated the incumbent, President Goodluck Jonathan, while the leading opposition, the All Progressives Congress (APC), nominated former military Head of State Gen. Muhammadu Buhari (ret.) as its candidate.

In addition to these two candidates, though, the Independent National Electoral Commission (INEC) has registered 12 candidates nominated by other parties. Of the 14 nominees, only one is a woman, Professor Comfort Oluremi Sonaiya, who was nominated by the KOWA party to seek the office of President, Federal Republic of Nigeria. Face2Face Africa recently spoke with Sonaiya about her chances of becoming head of state.

SEE ALSO: A Letter to the President of Chad: Our Country Deserves Better

A woman in political positions in Nigeria isn’t as regular as it should be. In fact, a woman occupying an elected position in Nigeria is quite rare.

According to the Vanguard Newspaper, President Jonathan acknowledges the problem and explained that “today, in comparison to men, women are under-represented in governments around the world. . . [and] a number of countries are exploring measures that may increase women’s participation in government at all levels, from local to national. I am pleased that Nigeria is one of those countries.”

Nigeria has come a long way since her independence from Great Britain in 1960. During her First Republic, Nigeria produced an all-male Cabinet. And just two years before, in 1958, women in Southern Nigeria obtained the right to vote and the right to stand for elections.

The Second Republic began in 1979 and ended in 1983. It produced some changes, as in 1979, women in northern Nigeria obtained the right to vote and the right to stand for elections. President Shehu Shagari appointed three women as members of his Cabinet.

In addition to these appointments, the number of women contesting for, and elected to, national public office increased, slightly.

Mrs. Franca Afegbua became the first Nigerian woman elected to the senate, while Mrs. J.C. Eze, Mrs. V.O. Nnaji, and Mrs. Abiola Babatope were all elected to the National House of Representatives.

At the end of the Second Republic and inception of military government in 1983, a quota system was introduced: The policy directed all states to reserve at least one position in each state Cabinet for a woman.

All the states complied with this directive and some went further to appoint more than one woman to their Cabinet.

During the Third Republic, success of women in politics remained unsatisfactory, though: Mrs. Kofo Bucknor Akerele was the only woman elected to the senate and very few were elected to the National House of Representatives.

In the states, it was the same. There were no female governors and only two women were elected deputy governors (Alhaja Sinatu Ojikutu and Mrs. Cecilia Ekpeyong of Lagos and Cross River States, respectively).

While several women have been appointed ministers and several others have been elected to serve in the senate and National House of Representatives, only one woman has served as governor of a state.

In continuation of the improvements made during the beginning of the Fourth Republic, President Jonathan’s government has appointed more women to his Cabinet than any other President/Head of State in Nigeria’s history.

The Vanguard Newspaper reported that a research revealed that “of 188 countries profiled, Nigeria came 23rd in terms of mobilizing and appointing women into positions in government.”

While this number is important and encouraging, the number of women elected to public office is still poor; and as the 28th day of March approaches, one wonders whether Professor Sonaiya can break the barriers created over the last 50 years. 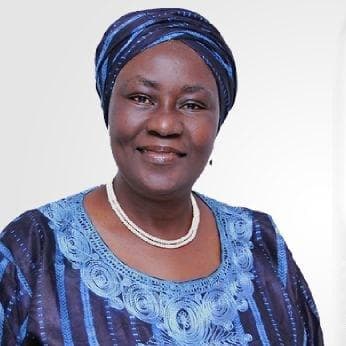 believes she has the ability to break the boundaries.

According to Professor Sonaiya, “[She is] looking for the numbers [of women] to increase significantly in elected positions.”

She believes that women are members of society who are just as capable as men in participating actively in society; and as a result, women should be given a chance to serve in elected positions.

Although Professor Sonaiya does not possess any prior experience as an elected public officer, she sees any perceived lack of experience as immaterial, “In reality, those with political experience, what benefits have their experience brought to Nigeria? I have experience in doing my work in a conscientious manner and that is what Nigeria needs, not people who have had history, but lack any impact,” she says.

A lack of political experience cannot negate her passion for issues that affects Nigerians, especially Nigerians who feel unprotected by their government.

One group of citizens who need said protection is children, and according to Professor Sonaiya, the government must do more to protect Nigerian children.

In April 2014, it was widely reported that approximately 300 school children were abducted by Boko Haram. President Jonathan was criticized for his reaction and many argued that perhaps a female president would have been more sympathetic and reacted differently.

In her manifesto, Professor Sonaiya explains, “I am running based on the strong conviction that somebody needed to do this [run for president] – I mean somebody ordinary, a true representative of the people.”

The issue of gender in Nigeria’s political system is important for the establishment of a fair and equal system. However, what is more important is the election of competent leadership. As Nigerians head to the polls, we hope that they elect a leader worthy of the word leadership.