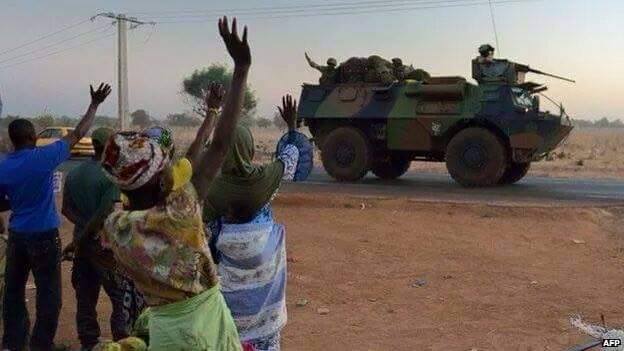 After six months of being occupied by Islamic militant sect — and Islamic State ally — Boko Haram, the northeastern towns of Bama and Goniri have finally been retaken by the Nigerian military, according to the BBC.

In September, Face2Face Africa reported on the dramatic fall of Bama to Boko Haram after repeated attacks and days of fighting:

While reports indicated that Bama, which had a population of 270,000, had been overtaken by the militants early in the week, Borno State Governor Zannah Umar Mustapha initially denied that claim, saying government forces were still actively involved in defending the area.

By Tuesday, though, Boko Haram reportedly reappeared with “reinforcements,” effectively displacing 26,391 people, according to the National Emergency Management Agency.

According to the BBC, “Mr. [Ahmed] Zanna, [Borno State senator], said government forces had ‘gallantly’ defended Bama, before it fell to Boko Haram.”

But ever since the Multinational Joint Taskforce of Chad, Cameroon, Benin, Niger, and Nigeria came together with nearly 9,000 soldiers, they have been able to recapture a procession of towns.

Case in point, this week, officials announced that they have recovered Bama, with “a large number of militants” being slaughtered.

Bama is significant as it is close to the state capital Maiduguri and has witnessed some of the worst violence during this insurgency, the BBC’s Will Ross reports from Lagos.

The military said those jihadists who fled Bama headed for the border with Chad and it had requested the Chadian army to pursue them. 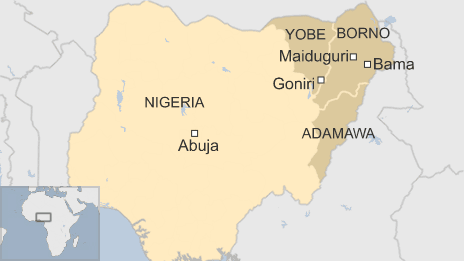 In addition, Gen. Olukolade tweeted about gaining victory in Goniri:

We announced the reclaiming of #Goniri today. That was the Last Stronghold of terrorists in #Yobe. #YobeisFree #NeverAgain (Chanting)

These two towns add to the 9 other towns that the taskforce has reclaimed, rounding that number out to 11 towns recovered from Boko Haram.