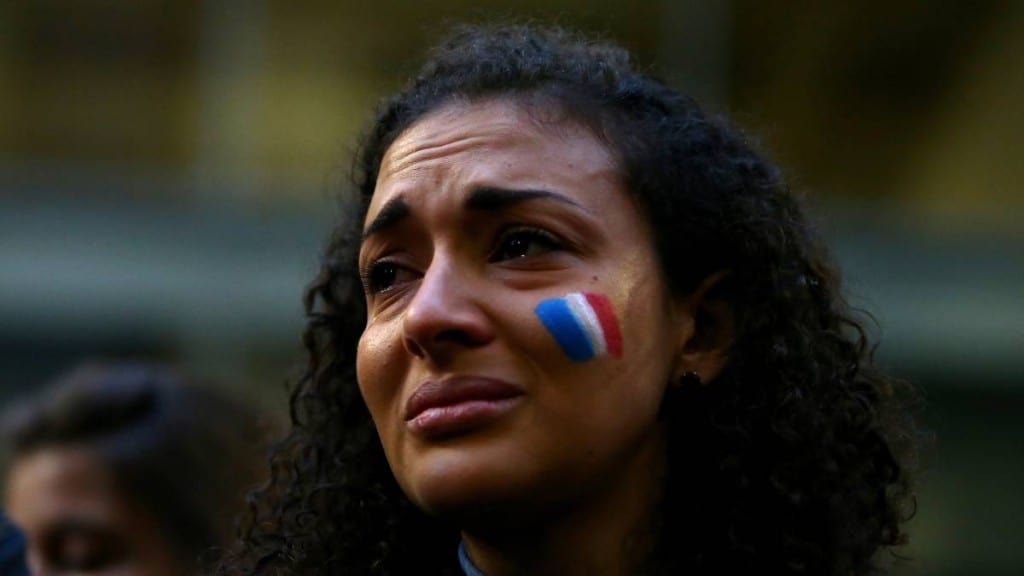 The innocent victims who lost their lives in Paris on Friday evening and their families are human for their suffering. Therefore, I turn to my humanity and stand in solidarity with the people of France. My solidarity, however, will not transform into some form of global village nationalism. So no thank you, Facebook, I will not be changing my profile picture to support France, even though I stand with the people of Paris. Thank you for freedom of choice, though.

It is just unfortunate that 14 Francophone countries, namely Benin, Gabon, Cameroon, CAR, Congo-Brazzaville, Mali, Burkina Faso, Niger, Chad, Senegal, Togo, Ivory Cost, Guinea-Bissau, and Equatorial Guinea, continue, to date, paying colonial taxes to France for colonialism, and they were not presented with the choice to reject this colonial pact.

They did have the choice: give in and let France control up to 85 percent of their economies or give out and the French go on a charge and destroy pretty much anything they can, from public buildings to farms to medicines, or face a coup or assassination because they refused to allow their nation to continue to be enslaved.

So much for choice, right?

Ten of these aforementioned countries are listed today among the 34 least-developed countries in the world, and 11 among them have the lowest human development standard, according to the UN Human Development Index.

These countries’ citizens live in extreme poverty, and the French flag represents the ashes on their grounds that are skyscrapers in France.

Am I taking the profile picture change option too seriously or too deep when it really is not?

Well, pardon me if I think it is deep that Haitians paid 90 million gold francs, which amounts to $19 billion in “independence debt,” to the French as indemnity to slave owners for nearly a century and a half (up until 1947) and all France thinks it owes Haiti is a “moral debt.”

Pardon me for thinking it is deep that the colonial pact allows France to have a say and grant it a seat in the political and economic affairs of these 14 African nations, where they cannot even sell natural resources before consulting France to find out if it is interested in buying them — regardless of whether they would make more profit selling elsewhere.

To be clear, I do not place the whole onus on French governance; Afrikan countries’ governance that furthers France’s agenda in these countries by trading the lives of their people for lavish lifestyles and power bear a great deal of responsibility.

However, I believe an opportunist who breaks down my house to build his is just as bad as the man he sends to do the job.

So that is why I will not be changing my profile picture to support France, though I stand with the people of Paris because just as I have regard for the lives lost in this act of terror, I also have regard for those at whose expense the French flag soars high.

The people of France are human, like you and I, but the flag — and what it represents — is political.

SEE ALSO: Autism & Africa: How Austism Has Affected My Family