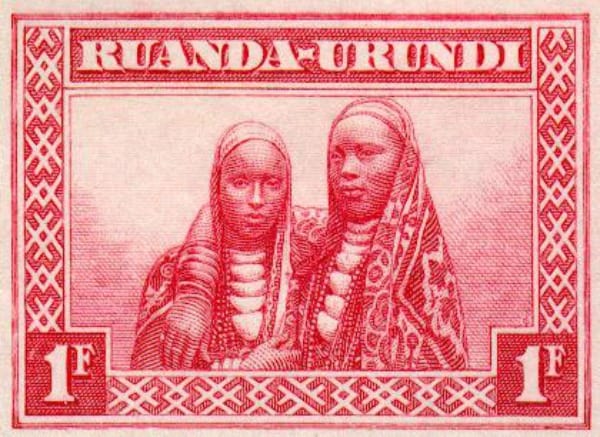 Ruanda-Urundi, once part of German East Africa, was the centerpiece of the post-World War I movement and the European colonization of Africa. After the Germans lost the great war, they relinquished their land holdings to Belgium in what would be a decades-long occupation. On this day in 1962, the once-joined union gained independence from Belgium to become Rwanda and Burundi.

SEE ALSO: Democratic Republic of Congo Gains Independence On This Day in 1960

Germany colonized the region in 1884, with the Hutu, Tutsi, and Twa tribes of what is now Rwanda, the dominate people. The Europeans ruled via the tribal leaders and kings, but sided in policy with the Tutsi overall.

In what is now Burundi, the Hutus were the majority just as in Rwanda. Between 1916 and 1924, the union was held by the Belgian military. When that order fell, the region became a United Nations trust territory between 1945 and 1962. Prior to 1945, the region was under a “Class B Mandate” by the defunct League of Nations.

The Belgians manipulated the tensions between the ruling Tutsi and the Hutu people, which pitted the Africans against each other instead of the colonial government.

Belgium promised to advance the needs of people in the region, particularly via education, but that was a falsehood as many natives never made it beyond secondary school.

An independence movement began in the region in the 1950s, starting in the Belgian Congo. But in Ruanda-Urundi, the infighting between the tribes turned deadly when the Hutu slaughtered thousands of Tutsi and eventually came to ruling power in 1960 by way of Belgium-led elections.

Two years later, with many Tutsi fleeing to the area where Burundi would be and onward to Uganda, the revolt in Rwanda and the happenings in Burundi made both segments of the region declare their independence on this day in 1962.

It took more than two years for the government structure to be split between the two nations, and almost immediately, Burundi joined the United Nations.

War time would visit Rwanda again in 1990 in a major civil war led by the Tutsi-dominated Rwandan Patriotic Front. Even today, there exists tension in the region over the past happenings between the Hutu and Tutsi clans.

SEE ALSO: Djibouti Gains Independence From France on This Day in 1977