“These aren’t people. These are animals.”

“We’re taking people out of the country. You wouldn’t believe how bad these people are. These aren’t people — these are animals.” During a meeting with public officials who oppose California’s sanctuary policies, Pres. Trump criticized US immigration laws https://t.co/3rSdnI6WUb pic.twitter.com/XuGoOqH4YJ

And that’s all about Trump. Just when people start to hope that he would learn to tone down on such disgusting and inhumane statements, he strikes again.

Calling people “animals” isn’t new to Trump though. Criminals from other countries are “animals,” as he said last year in Ohio.

In that same period, he said in New York that MS-13 members had “transformed peaceful parks and beautiful quiet neighbourhoods into bloodstained killing fields” and “they are animals.”

A terror suspect from Uzbekistan was an “animal,” too, Trump said.

His recent words are unfortunately bringing back the unpleasant history of dehumanisation as earlier leaders like Adolf Hilter used those same animal descriptions on Jews as ways to justify the Holocaust.

But with the backlash he received in January for allegedly describing African nations as “shithole countries,” you would think Trump will spare us with such shameful speeches. 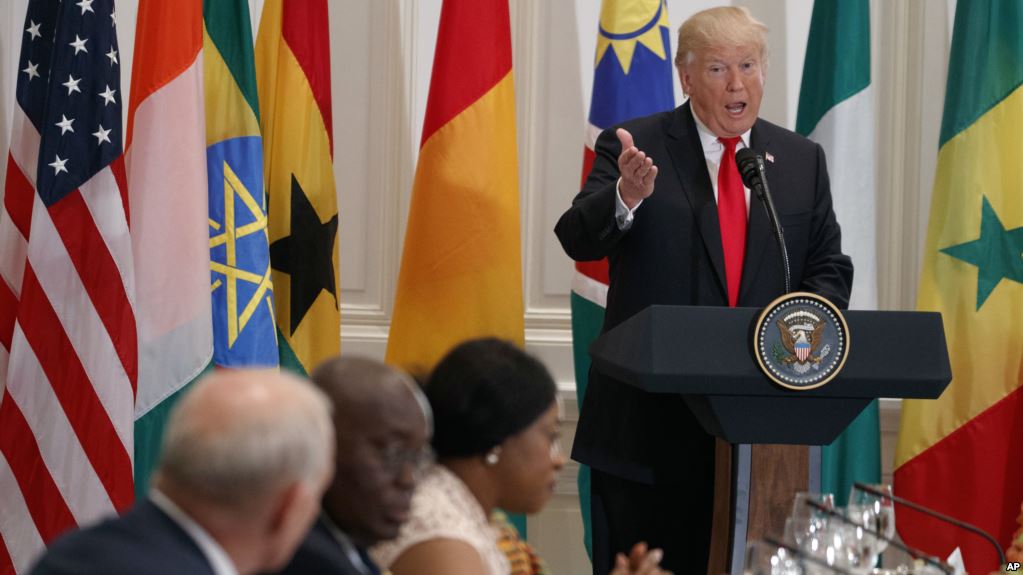 President Donald Trump speaks during a luncheon with African leaders at the Palace Hotel during the United Nations General Assembly, Wednesday, Sept. 20, 2017, in New York — VOA

Describing undocumented immigrants as animals simply shows how Trump is still getting it all wrong when it comes to understanding their predicament.

His words, as others put it, is to condemn gang violence but truly, they are part of a wider rhetoric that accuses immigrants as outsiders responsible for violent crime and other societal problems.

In countries like Venezuela and Pakistan, these kinds of accusations are used to justify inhumane policies.

The fact is Trump doesn’t like people from certain countries or people of certain colours.

Since assuming office, he has been seeking legal changes that would enable him to easily turn away asylum seekers and children or even detain them. 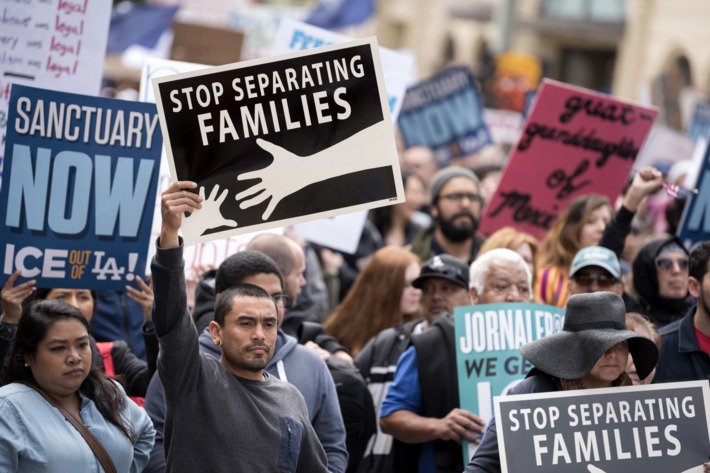 A rally in support of immigrant rights in Los Angeles — NYMag

Scores of people have already been deported and separated from their families by officials who rarely create a distinction between those who have no criminal records and gang members who are causing trouble.

“We shouldn’t wait for them to become criminals,” ICE Director Thomas Homans once said.

Definitely, these hard-hitting policies that are showing no compassion to these immigrants and not honouring their humanity, no matter the crimes they have committed is not the way to go.

A large number of undocumented immigrants, with some having better educational attainment than even native-born Americans, are contributing immensely to the US tax base and ultimately the growth of the economy.

If Trump insists on protecting the US from what he calls the dangers of some immigrants, then he should cease the “animal” descriptions and come up with policies that will urge these immigrants to cooperate with law enforcement agencies to eventually cut crime.