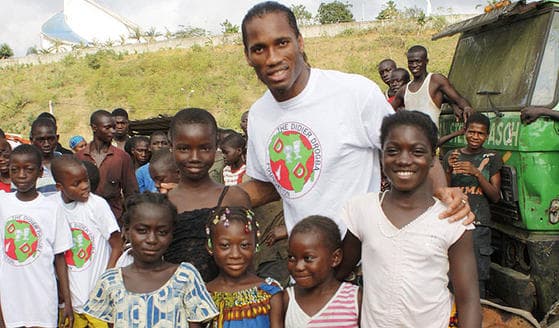 Didier Drogba, an Ivorian soccer player in the UK, has announced plans to build a hospital in his hometown.

Drogba is the captain of the Ivory Coast national soccer team and is currently the highest-paid player on the Chelsea team. He has scored more goals for Chelsea than any other foreign player.

After landing a £3 million sponsorship deal with Pepsi, Drogba requested that the money be donated to a project that he has been working on for years: building a hospital in the Ivory Coast.

Drogba used the endorsement to help fund the construction of a free public hospital his hometown of Abidjan.

Though he will be leaving Chelsea club at the end of the month when his contract expires, this humble gesture of benevolence will no doubt leave a make on the hearts of players and fans alike.

This kind of giving back should be encouraged throughout the athletic world. Too often athletes go overseas to become successful and, in the process, forget to give back to the communities that helped them rise.

This is especially important when it comes to third-world nations. Communities grow stronger by building from the inside out, with some help from other supporting nations.