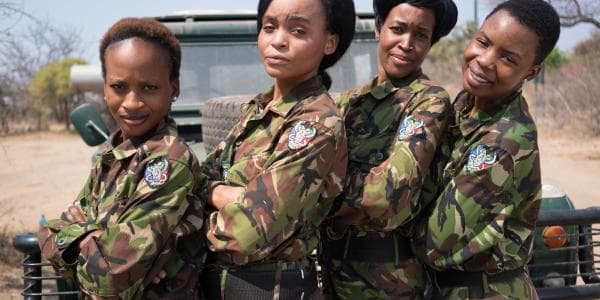 In South Africa, the world’s first all-female anti-poaching unit the Black Mambas is keeping the vulnerable rhinoceros population alive; however, an even larger issue looms as to why poaching, which is often taken up by young men, continues unabated.

The Black Mambas are made up of 26 young women who work long hours three weeks at a time at the Balule Game Reserve, a collection of gaming parks that include Kruger National Park where the Mambas operate. 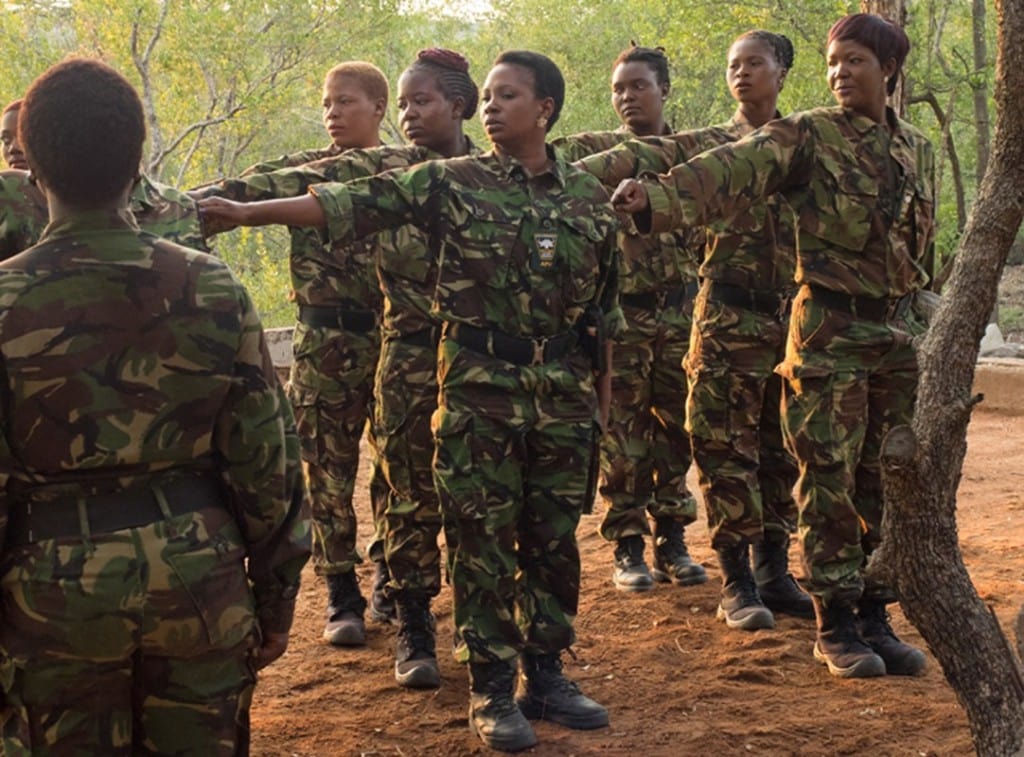 Since 2013, the Black Mambas have worked tirelessly to ensure that rhinos are protected from poachers; rhinos’ horns are a hot commodity in Asia, where it is believed the horn can cure cancer, even though it is made out of keratin which is the same substance that makes up human finger nails.

And their efforts have been successful: while a nearby reserve has already seen 23 rhinos killed, Kruger Park has only seen three killings so far this year.

Black Mamba Sophiwe explains why they have been successful, “They [men] underestimate us. [They say,] ‘These are women, they cannot do anything. We can go and poach.’

“Because we are doing visual policing. I can feed the information back to my office.” 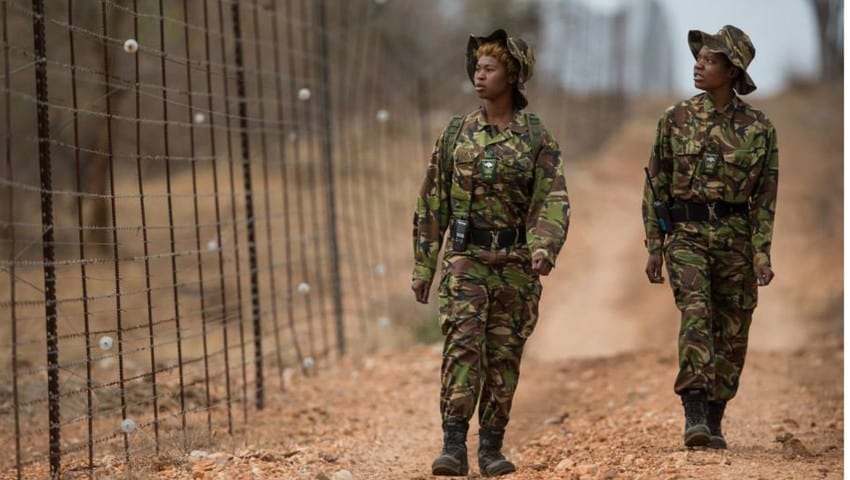 The “visual policing” Sophiwe refers to includes driving through the bush and sitting in darkness for hours to listen for sounds of poachers.

The Black Mambas also use torch lights to check for poachers under trees and closely inspect the park’s 224-mile electrified fence to determine whether poachers have infiltrated the park.

For those who care about the welfare of endangered animals, such as the rhino and elephant, it can be difficult to comprehend why poachers continue their line of work when it is clear that they are pushing these animals to extinction.

The reality of those living in surrounding communities, though, can be viewed by many as equally distressing.

While there is currently a population of 3 million neighboring the reserve, 86 percent of that number are unemployed.

In addition, with the racial history of South Africa top of mind,  many Black South Africans view the various privately owned nature preserves as yet another symbol of the nation’s White elite.

One poacher, who used to be a sniper in the Zimbabwean army, explained the perspective of many South African poachers to Unreported World, saying, “I know that those resources [rhinos] are getting exhausted, but what do I get from them?

“To be frank with you, I have never got any share from them [rhinos and the nature reserves]. I have never even got a single cent of that.

“So once I get a chance to get it, why should I leave it?

“So [with poaching] I got the share. It’s better I’ve got something.”

But for Sophiwe, she is protecting the wildlife for her future generations.