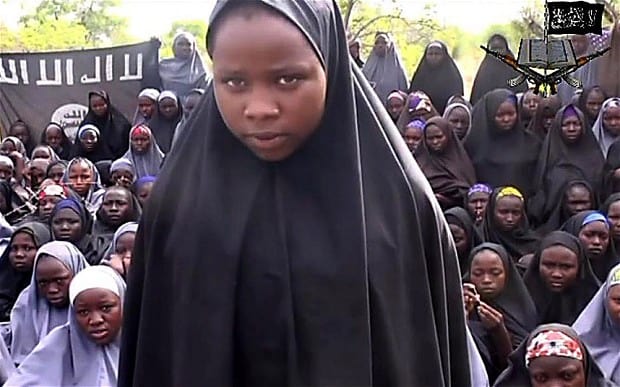 While the Nigerian military is yet to recover the missing girls of Chibok, who were abducted as they took exams at Government Secondary School last April, recent Boko Haram escapees have said that many of the girls have been turned into terrorists alongside their militant “husbands,” according to the BBC.

Last May, Boko Haram leader Abubaker Shekau released a video showing about 130 of the 219 students who were kidnapped veiled and reciting the Koran.

At the time, Shekau proclaimed, “These girls have become Muslims. We will never release them until after you release our brethren.”

The girls of Chibok haven’t been seen or heard from…until now.

According to three females, they saw the Chibok girls, and they have been forced to not only marry Boko Haram militants but to also take part in the violence of oppression and conversion of civilians. 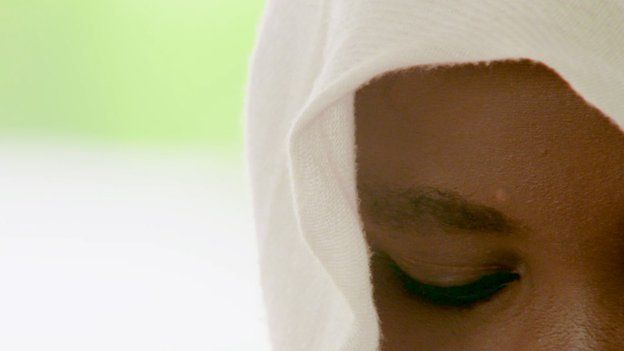 Sixteen-year-old *Faith (pictured) described her harrowing experience of militants attempting to convert her from Christianity to Islam during her four months in captivity, “Every day at dawn they would come and throw water over us and order us to wake up and start praying.

“Then one day they brought in a man wearing uniform. They made us all line up and then said to me, ‘Because you are always crying, you must kill this man.’

“I was given the knife and ordered to cut his neck. I said I couldn’t do it.

“They cut his throat in front of me. That’s when I passed out.”

Of the Chibok girls, Faith says she saw at least one who was married off, “She was just like any of the Boko Haram wives. We are more scared of the wives than the husbands.” 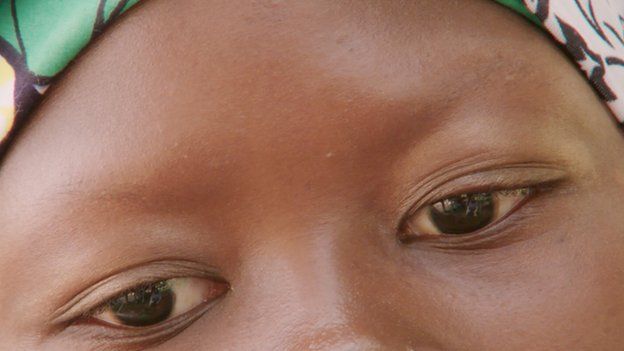 For 17-year-old *Miriam, (pictured) she “accepted” to marry a Boko Haram militant, after witnessing the terrorists kill a number of men unless they agreed to marry.

“They came back with four men, they slit their throats in front of us. They then said that this will happen to any girl that refuses to get married.”

Now pregnant, Miriam says of the experience of being repeatedly raped, “There was so much pain. I was only there in body…I couldn’t do anything about it.”

Of the Chibok girls, Miriam says they were kept in separate housing and were brainwashed, saying to her and a group of women, “‘You women should learn from your husbands because they are giving their blood for the cause. We must also go to war for Allah.'”

According to Miriam, she also saw the Chibok girls kill Christians, “They were Christian men. They [the Boko Haram fighters] forced the Christians to lie down. Then the girls cut their throats.” 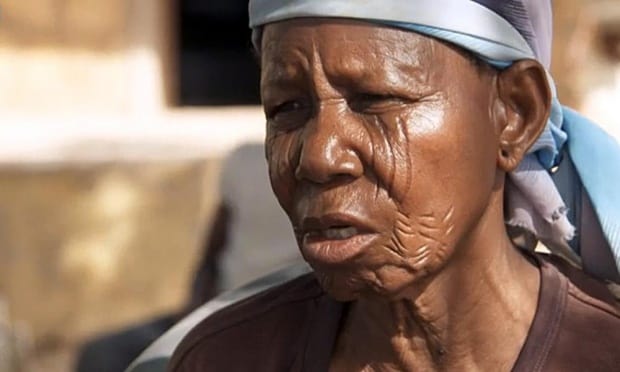 Sixty-year-old Anna (pictured) echoes Miriam’s claims of Chibok girls radicalization and violence. In her time being held captive for five months, Anna says she saw a group of them just before she ran away from the Sambisa Forest, “They [the Chibok girls] had guns.”

Further describing some of the Chibok girls involvement in violence, Anna says, “They [Boko Haram] didn’t hide them. They told us: ‘These are your teachers from Chibok.’

“They shared the girls out as teachers to teach different groups of women and girls to recite the Koran,” Anna recalled.

“Young girls who couldn’t recite were being flogged by the Chibok girls.”

In order to brainwash and control many of the females, Boko Haram appears to be using the exposure to “extreme violence” as their main strategy “to strip them of their identity and humanity.”

Consequently, Dr. Fatima Akilu, head of Nigeria’s Counter-Violence and Extremism Programme, said that the road to recovery “is going to be slow…[and] long.”

“In situations where people have been held, there have been lots of stories where they have identified with their captors.

Case in point, Anna says she still suffers from nightmares, “I can’t get the images out of my head.I see people being slaughtered. I just pray that the nightmares don’t return.”

While Miriam, who is said to be “terrified” of her “husband” finding her, awaits the birth of her child, “I hope that the baby is a girl,” she said. “I would love her more than any boy. I’m scared of having a boy.”

*Names have been changed to protect identities