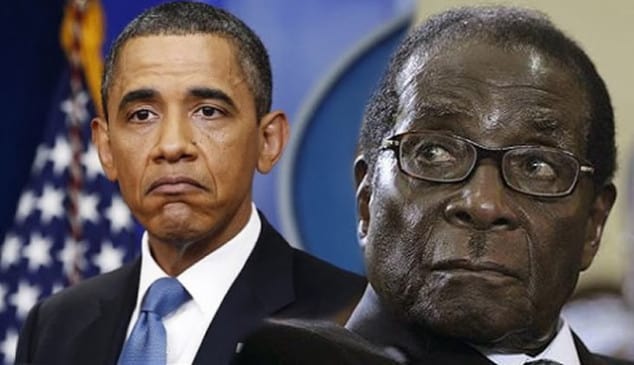 In light of the controversial ruling, President Mugabe said that he would divorce his wife, Grace, of 19 years to travel to the White House and ask for President Obama’s hand in marriage.

“Since President Obama endorses the same-sex marriage, advocates homosexual people, and enjoys an attractive countenance — thus if it becomes necessary, I shall travel to Washington, D.C., get down on my knee, and ask his hand.”

While President Mugabe was clearly joking in his remarks toward President Obama, he also reportedly remarked that the United States had fallen in to the “hands of Satan worshippers,” according to Malawi 24, and wondered why the United States has decided to “defy Christ’s explicit orders” against sodomy.

President Mugabe isn’t the only leader to reject the same-sex ruling; the Christian Association of Nigeria (CAN) National Secretary Rev. Musa Asake said, “Same-sex marriage is un-biblical, it is not right, it is uncalled for and our politicians must be very careful so that they don’t tow the line of the West because if we do we will just be destroying ourselves.

“There is just no way you can unite a man and another man in marriage. Where will procreation come from? If that was the practice those people advocating the practice would not have been around today. So it’s against God’s original plan for creation and it’s not good.”

Further, Malawian scholar Felix Unyolo worried that the United States would look to impose its homosexuality law on African nations through aid.

“There will no longer be freebies to countries that criminalise same-sex relations,” he feared.

“At first we used to say that America cannot impose it on us when some states in their country were still considering it illegal, now we have no defense,” Unyolo said.

More pointedly, Unyolo said of Malawi’s relationship to the United States in regards to aid, “We will have to choose their aid or criminalise homosexuality; we do not have the muscle to turn down their aid.”