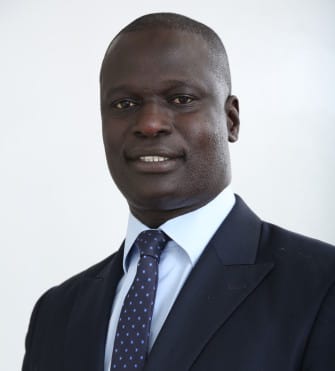 “Beyond the laudable achievements of the “Great Lords of Sport” from whom I have drawn inspiration, it is from the generation of great African intellectuals, such as Theophile Obenga, Chinua Achebe and Leopold Senghor, that I discovered my true heroes. While the likes of Ali, Pele, Jordan and Magic made us dream, it was the great African intellectuals that restored our pride and the dignity of our African cultural identity, made us conscious and led us to embrace the belief that we had the agency and that it was incumbent on us – as Africans – to realize those dreams towards the total emancipation and development of our continent and its people. We see sport as a great tool to spur socioeconomic development in Africa with a focus on youth development.”- Amadou Gallo Fall

A Senegalese native, Amadou Gallo Fall currently holds the position of NBA Vice President and Managing Director – Africa. He oversees the NBA’s grassroots basketball development initiatives and its partnerships with marketing, media and consumer product companies in Africa. Fall has been working in this capacity since January 2010 and is currently based at the NBA Africa office in Johannesburg, South Africa.

Fall is also the Founder of SEED (Sports for Education amd Economic Development), a global non-profit organization established in 1998 with the mission of using sport as a vehicle to inspire, empower and support the holistic development of promising African youth, preparing them to become global citizens. To date, SEED has 100 alumni living across 16 countries in North America, Europe and Africa, who without the support of SEED, might have never had the opportunities to acquire the quality of education that they received from SEED, let alone to go and further their academic and professional careers abroad. In total SEED has served over 2,000 students through its various programs.

Fall previously worked for the NBA’s Dallas Mavericks as Director of Player Personnel and Vice President of International Affairs. Prior to his 12 years with the Mavericks, Fall worked with the Senegalese Ministry of Youth and Sports and the Senegalese Basketball Federation. The national team he assembled went on to win the 1997 African Championship and participated in the 1998 World Championships in Greece.

Underpinning Fall’s drive for using sport as a vehicle to access better opportunities is the inspiration which he himself has drawn from African intellectuals. It is this wisdom that has helped to shape his academic and professional life and inspired him to aspire for greatness not simply for greatness’ sake, but in part to serve as an example to Africa’s youth that they too can aim for ever higher and ever bolder dreams. 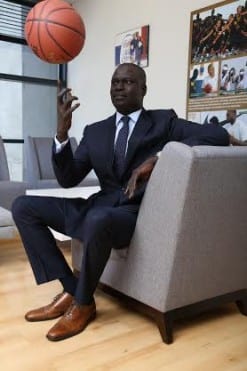 “Fall, through his extraordinary leadership at the NBA is spearheading the effort to increase basketball’s popularity in Africa. In essence, what he is really doing is increasing the opportunities available to African boys and girls, and using sport as a means to empower and nurture a new generation of leaders,” said Face2Face Africa CEO Isaac O. Babu-Boateng.

Fall will be honored at the 2015 FACE List Awards Dinner on Saturday, July 11, at ESPACE Ballroom in New York. Click Here for Tickets.