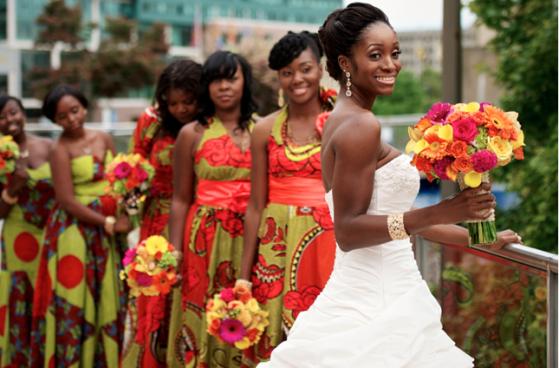 When I was a little girl, I used to dream about my huge fairytale wedding day irrespective of the costs associated with it. But then again, I always dreamt of being swept off my feet by Prince Charming (a wealthy one at that); One who wouldn’t mind spending a few thousands to make my dream come true. But as I grew older I realized that I was living in a fool’s paradise and reality  and maturity set in.

I asked myself if now, I would be willing to go the extra mile to fullfill my childhood fantasies, or better yet, would I even be able to afford my luxurious dream wedding? The answer to that is a big fat NO! I know that some Africans in particular love to throw super trendy weddings, but at the end of the day, can we really afford it? Is it even worth it?

A friend and I were invited to a wedding this weekend which, unfortunately, I was unable to attend. However, when my friend got to the wedding she called to say that her first impression of the venue was that it was an absolute and “elaborate” chaos. Just parking  was a hassle. She said there were at least 350 cars in the lot. While I don’t want to be judgmental on  people who choose to throw very large weddings, I sometimes wonder if their priorities are misplaced.

The average cost of a U.S. wedding is about $27,000. But for Africans in the diaspora and even in Africa today I can imagine this number doubling because we tend to have very large families and the bride and groom are typically expected to invite all the “fambul”.

If one can afford a very large wedding, it is their prerogative if they want to throw one. Okay, let’s just say you can afford to because the two families chip in or rather one of the families offered to pay for the expenses. Wouldn’t you rather they invest that money by using it as a down payment on a house, pay down your debt or save for the kids or retirement? Let’s be realistic here, even with all the hassle and fanfare that goes on at such huge weddings, how many of these marriages really last these days anyway?

From where I am sitting the picture isn’t pretty or perfect at all. As  much as we find many people rushing into the churches for marriages, we also find many of them rush to the courts to annul or divorce. But do we blame these people when most of them are pressured into spending their life end money on elaborate weddings? All this makes you wonder if it is at all worth it. A friend once told me “Edna, having the biggest wedding in town would not determine whether you have a lasting relationship with your spouse or not.”

Certainly, the success or failure of your marriage will not depend on how much you spent on your wedding. But for some of you it might if you start your life together in debt. The number one reason why many marriages fail is money problems, so while you deserve a wonderful wedding day, please be smart about your money! Take it from me, the same people who will talk good about the marriage  at the beginning of it are the same people who will talk bad about it at the end of it. So be wise!