Basketball is not a dominant sport in Africa but some Africans have defied the odds to make their way into the biggest professional basketball league in the world, the National Basketball Association (NBA) of North America.

NBA players are the world’s best-paid athletes and the league has 30 teams – 29 from the United States and one from Canada. The only Canadian team in the NBA is called the Toronto Raptors and its president is Nigerian-born Masai Ujiri. 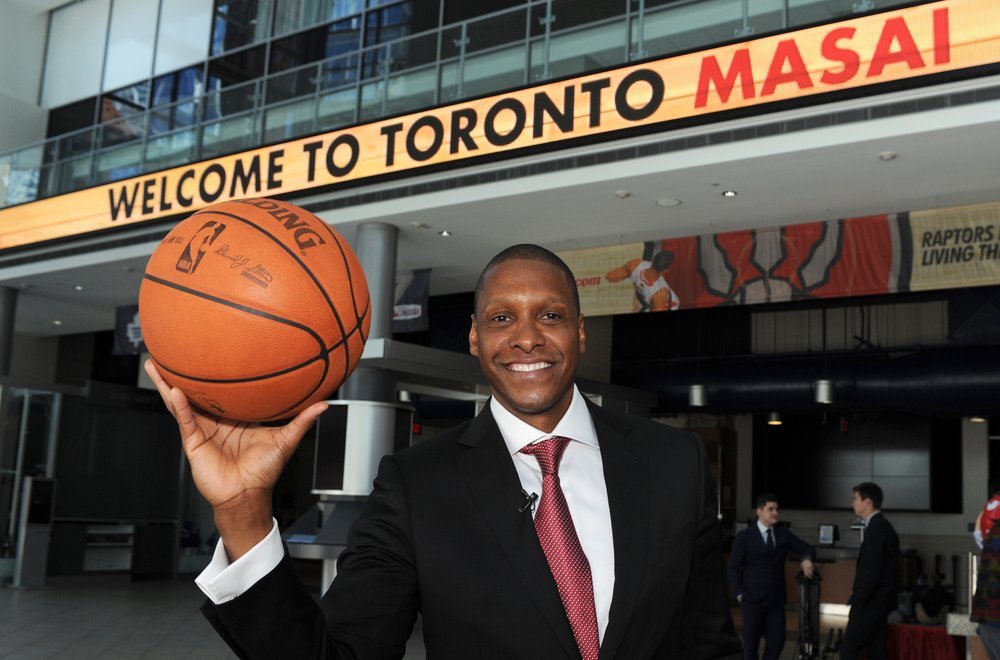 Born in the northern Nigerian town of Zaria to a Nigerian father who was a hospital administrator, and a Kenyan mother who was a doctor, the soft-spoken 48-year-old former basketball player and father of two is the first African NBA executive.

Masai Ujiri is a true African with a big dream for the continent’s youth which he manifests through NBA’s Basketball Without Borders Africa programme and his Giants of Africa programme that uses basketball as a means to educate and enrich the lives of underprivileged African youth through camps.

“It’s an obligation for me to do this. I see it more as an opportunity. It [the role] is heavy on my shoulder and I feel it because I grew up like these youth, but I think I have the opportunity and I may as well use the opportunity to help the youngsters in Africa,” Masai Ujiri told Face2Face Africa in an exclusive interview.

The humble NBA executive was quick to acknowledge the efforts of several other people who are also grooming young African talents through basketball with the same goal of developing the future of the African youth.

“I am not the only promoter of the game … There are many people that do it. I do have a platform that’s visible because of my position. There are lots and lots of people doing lots of great things on the continent with basketball, some may be as visible, some not as visible, some even more visible. It is a huge continent and it takes a lot to get things going. 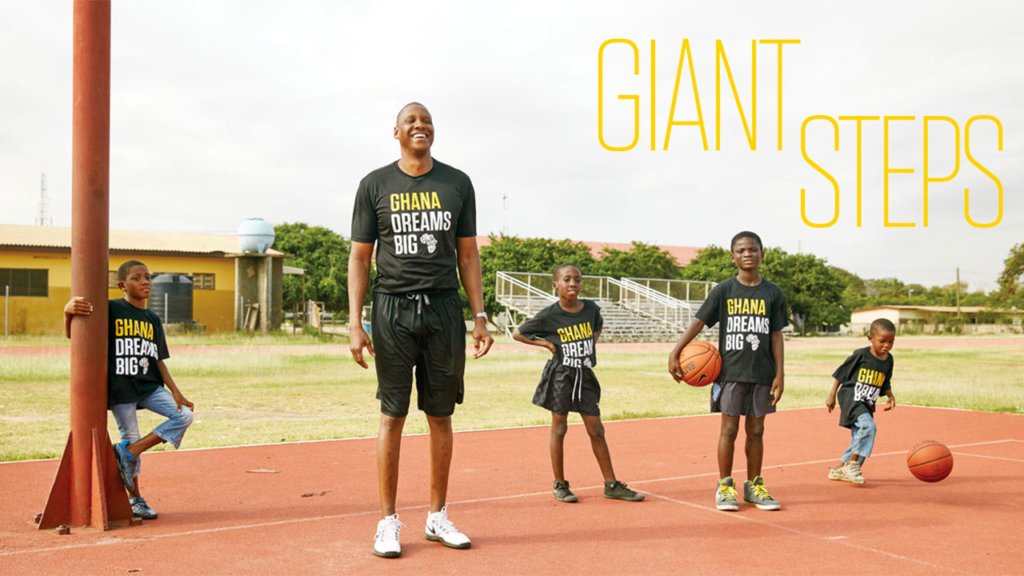 The Hausa-speaking Ujiri recalled his childhood in Nigeria where he played football until he was 13 and then met legendary American coach Oliver Johnson in his home country who trained him and helped him develop the love for basketball.

“I had the opportunity to go to the States to further my education and I played professional basketball. I was very good but I discovered early that I could do other things in the game, like I started coaching the junior national team in Nigeria, I started scouting, and that’s how I got into the NBA,” he said.

Ujiri talked about his parents’ contribution to his childhood and their concern for his future after he discovered basketball which has turned him into a global icon and an inspiration to many young people in Africa.

Masai Ujiri did not mince words when Face2Face Africa asked him if he regretted ending his professional playing career in 2002 after playing two years of basketball at Bismarck State College in the U.S. before playing professionally in Europe for six years.

“I met Auma a year and a half back and she told me what she was doing in Alego. She wanted to build a basketball court … With Giants of Africa we’ve been building and trying to build courts in parts of Africa for the last two years and that’s how we came about this,” he said.

“She’s a friend and I am almost like a little brother to her too and she’s become a really good partner … it’s something we wanted to do and that’s how it came about. He [Barak Obama] loves basketball and he came to open the basketball court,” Ujiri added.

Basketball is slowly gaining grounds on the continent and Masai Ujiri believes there are numerous opportunities the game will offer Africa in terms of human and infrastructural development.

“There are many opportunities that this game can give us, the business side, the commercial side of it, the talent side of it, the youth development side of it. There are many ways like building leagues. The commissioner has already talked about a pan-African league here … There is so much growth and so much that could come out of basketball on the continent,” he said with reference to the NBA Commissioner Adam Silver’s announcement in August that the league is putting plans in place to launch a tournament across Africa.

This plan was again iterated in New York during the 73rd United Nations General Assembly when Rwandan President Paul Kagame was invited to a reception hosted by the NBA. 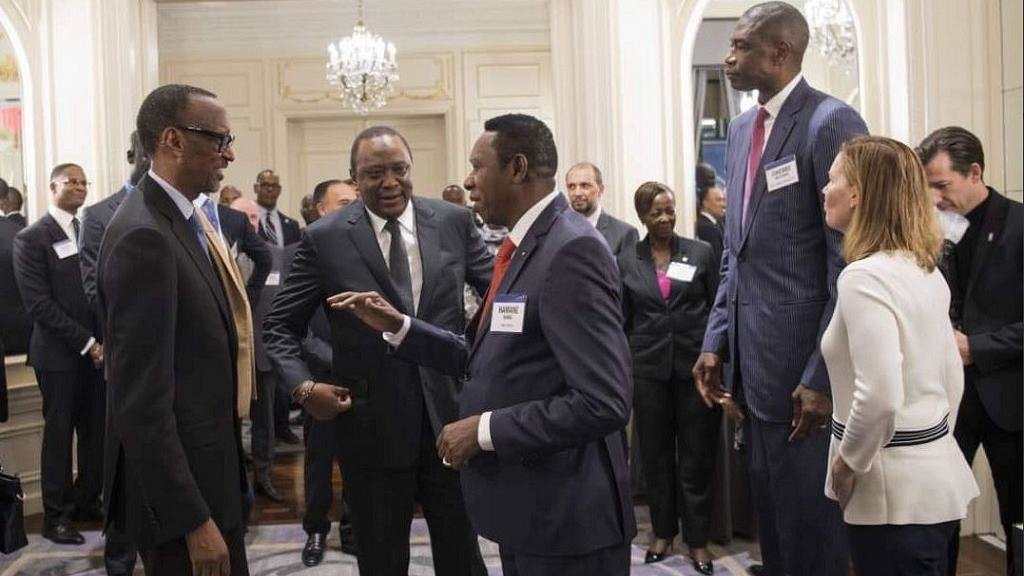 “In the NBA there have been many Africans but there are many more who can qualify to be there. It is not just playing basketball, it exposes them to many opportunities, including education and many others,” Kagame said in a speech on the NBA partnership plan with the African continent.

For Masai Ujiri, the dream is being realized as his Giants of Africa programme – which started in Zaria – keeps expanding to other African countries with camps in Ghana, Nigeria, Kenya and Rwanda. They also organize clinics across the continent.

The camps have groomed thousands of players with over 80 of them attending high school or university in the United States and nearly 20 former participants playing on junior teams in clubs throughout Europe. Dozens have also attended the NBA’s Basketball Without Borders program in Africa.

“We are opening the borders and giving more youth opportunities and that’s how we started by going to different countries. We first went to my mom’s country, my mom is Kenyan, and started opening up and visiting other countries, knowing their culture whether it’s their food, the way they dress, the way they sing and all those different things,” he said.

His love for Africa cannot be underestimated as he is one of the prominent Africans to call out controversial U.S. president Donald Trump when he was reported to have called African nations and Haiti “shithole countries”.

“As leaders, I think we have to give people in many places a chance to have success, not continue to put those people down … We have to inspire people and give them a sense of hope. We need to bring people along, not ridicule and tear them down. This cannot be the message that we accept from the leader of the free world,” he said in January.

The “son of Africa” who preaches and teaches basketball revealed to Face2Face Africa his role models who inspired him to keep achieving his goal and to work harder for more success. His parents were on top of the list of those who inspired him as a child, followed by his first coach, Oliver Johnson who he calls “Ollie J”.

Ujiri also mentioned Nelson Mandela, Barack Obama, Thomas Sankara and “those kinds of leaders who have made a good impact and had great voices” as his inspiration as a grown-up person to become even better.

He had a piece of advice for the African youth:

Dream big, keep giving. The more you give, the more you grow. We also have to start small. Sometimes we think in our minds that we have to start in a big place. Think of something nobody else is doing, start little sometimes. For me, working hard and putting passion and energy into everything is the giving and you don’t have to be told to do that. That’s not exceptional, that’s a priority and that’s something that you have to do. So I encourage these kids to dream big and continue to strive to do better.

Masai Ujiri has received several awards and honours including Face2Face Africa’s F.A.C.E. List Award, NBA Executive of the Year Award, the 2018 WISE Champion Award, the IABC/Toronto Communicator of the Year (COTY), Honorary Doctorate of Laws from Ryerson University’s Faculty of Community Services among others.

Masai Ujiri is married to Ramatu (Barry) Ujiri, a model originally from Freetown, Sierra Leone. They have a four-year-old daughter and a two-year-old son.

Face2face Africa will be hosting a masterclass with Masai Ujiri as part of the FACETalk Series. 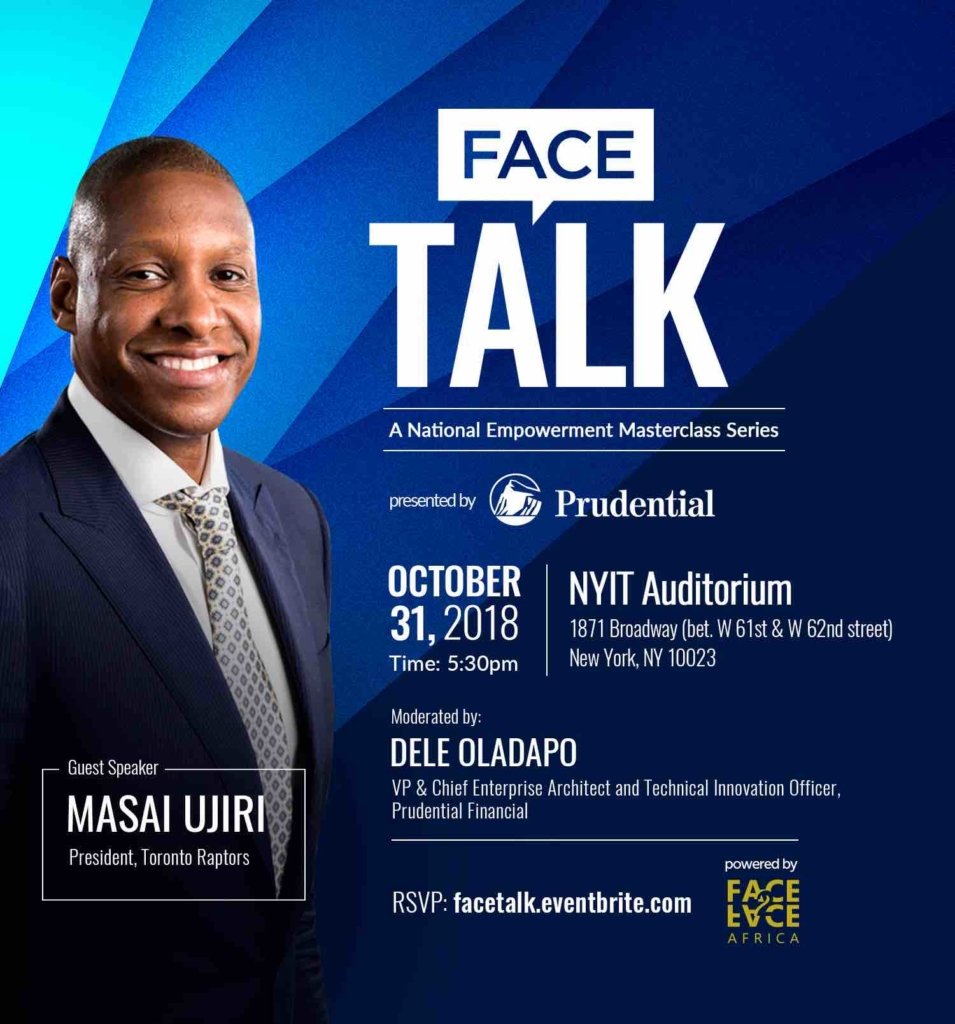