The quest for diversity inspired two women to team up and create a collection of dolls with facial and body features of African and Caribbean children to help encourage black girls to embrace their natural beauty.

Caroline Hlahla, a Zimbabwean based in the UK, and Khulile Vilakazi-Ofosu, a South African, started the Sibahle Collection brand in 2017, and have since not looked back. 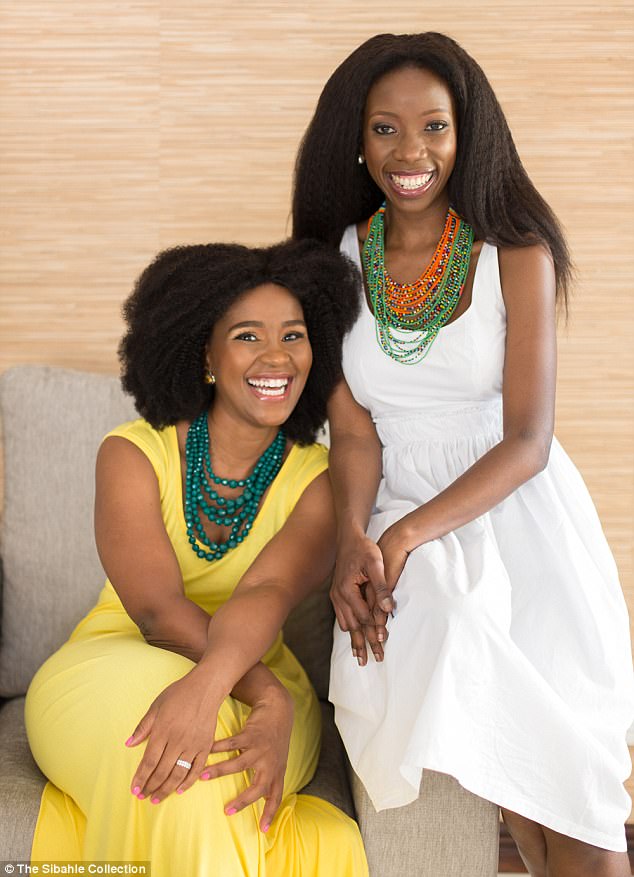 In March 2018, the duo launched a line of albino dolls called Zuri – Swahili name for “beautiful” – to address discrimination and violence against those living with albinism, and for girls with albinism to have a doll they can relate to. 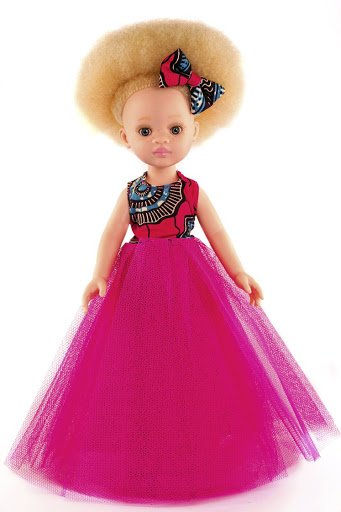 Finally! A doll our kids can identify with! Thank @Sibahledolls my friends daughter loves her new friend❤️ omg I’m so emo it’s so beautiful!#happygirlsaretheprettiest #Dolls pic.twitter.com/W1uU7t6PSd

In December, Sibahle Collection will launch a new black doll with vitiligo named Ndanaka, which means ‘I am beautiful’ in Shona.

Khulile Vilakazi-Ofosu told local media that the vitiligo doll idea came up after seeing South African actress with vitiligo, Leleti Khumalo on TV, and she wondered if children with the skin condition have dolls to remind them that they are beautiful.

“We want to be a brand that represents everybody who hasn’t been represented before … Every child deserves to see themselves in the toys they play with,” she told W24.

?New doll coming soon? Ndanaka is our next doll???. She has a condition called Vitiligo. Her name means “I am beautiful” in Shona.
Follow our Kickstarter Campaign to get your hands on her first???. Share & Follow the link below to see more https://t.co/Zons94SIiA pic.twitter.com/dYwzLb0Cxy

Sibahle Collection has however started a Kickstarter project to raise enough funds to be able to produce the dolls in bulk during the festive season. “Making the doll is quite expensive when we’re not funded; a lot of the funds come out of our own pockets,” Vilakazi-Ofosu explains.

The growing African doll brand started after the duo had created a 100 percent natural textured hair extensions brand called Bounce Essentials to match the African woman’s natural hair. They later realized that they had to do something to boost the identity and confidence of the African girl child.

They were also spurred on by Khulile Vilakazi-Ofosu’s now four years old daughter who was demanding for blond and straight hair like the one she saw on most dolls in toy shops. 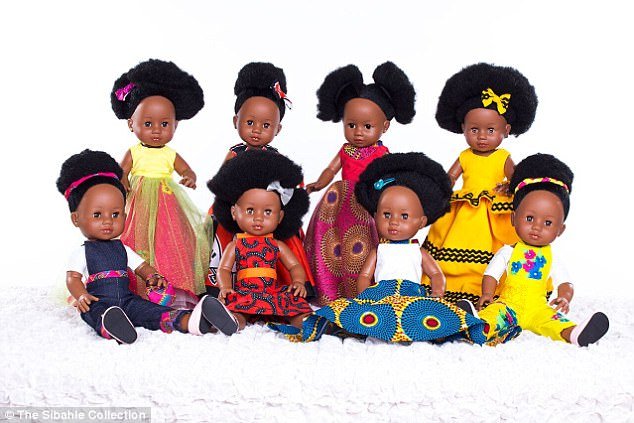 One of the major hurdles they had to overcome at the initial stages was to find a reliable manufacturer since most of them were producing white dolls.

They decided to partner with two South African clothing designers to help them manufacture the dolls. One of the designers operated from her garage while the other one was a stay-at-home mother who sewed from her dining room. 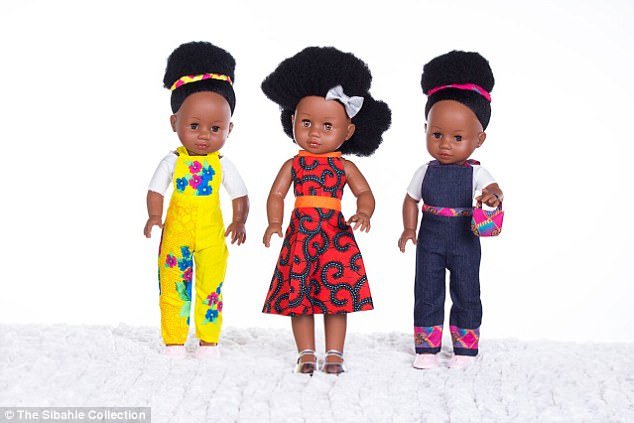 “Our first doll under the collection is called Nobuhle, Buhle for short, which is a Zulu word that means ‘the one that represents beauty’. Her hair is the most distinguishing feature of this doll,” Caroline and Khulile said last year.

There was a positive response in demand for the dolls which sold out twice. It sold for $50 each. 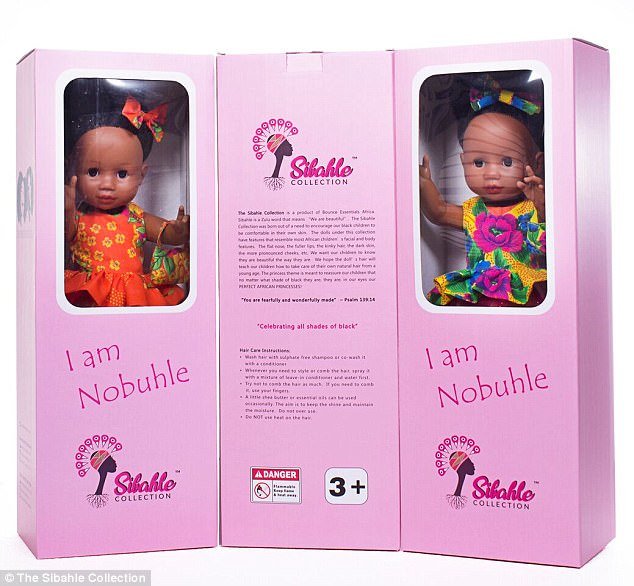