A video purportedly showing Lissu of the main opposition Chadema party calling Magufuli a dictator and accusing him of making appointments based on favoritism and nepotism has been making the rounds on social media in Tanzania. 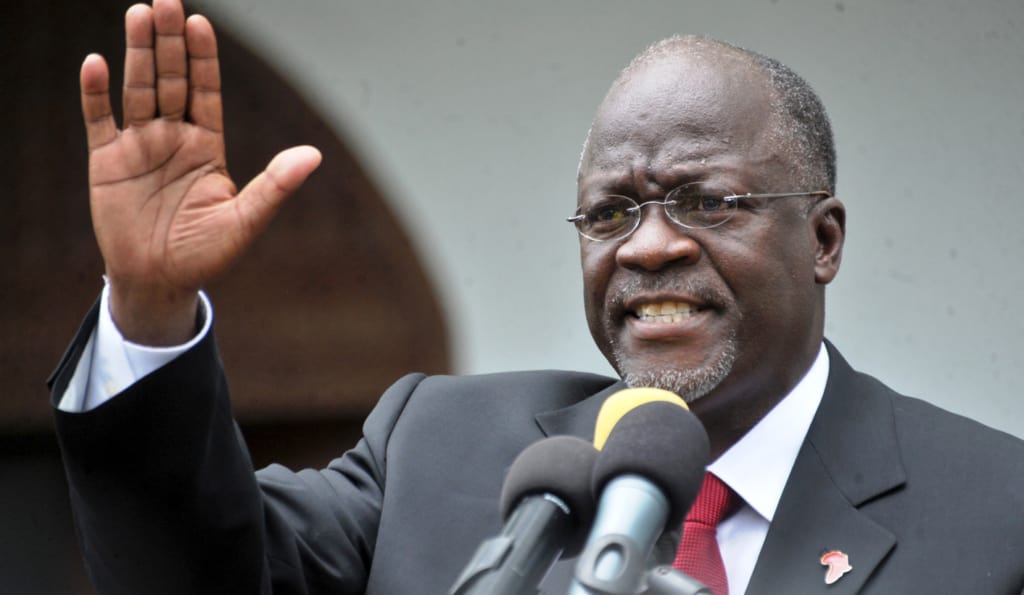 President Magufuli has been accused by his critics of increasing intolerance since he won elections
by a landslide in 2015. Photo credit: Daily Maverick

Police say Lissu’s statements are inciting the public and could lead to a breakdown of law and order.

Lissu  was arrested on June 20th at the airport in the commercial capital, Dar es Salaam, before he could board a plane for Rwanda, ABC reports.

In an appearance in court Monday, prosecutors accused Lissu of repeatedly making seditious remarks and told the court to refuse his application for bail. His lawyer denied this claim, though, arguing that the allegations against him are unproven.

In a news conference, Lissu rebuked the government for its alleged attacks on the opposition and the media and urged Western donors to freeze aid to the government. He called on the international community to treat Tanzania as the “skunk of the world.”

President Magufuli, popularly known as the “bulldozer,” was swept to power in 2015 on the back of his populist campaign, but his critics have accused him of increasing intolerance: He recently ordered a stop to the live transmission of parliamentary debates and banned all opposition rallies until the next election cycle in 2020.

His supporters, however, argue that he is tackling corruption, implementing a slew of reforms, and guaranteeing stability in the East African state.

They also point to his many achievements, including plans to complete the move of Tanzania’s capital city from its present location in Dar es Salaam to Dodoma before 2020 and his refusal to seek foreign medical attention for himself and his family.