Things are not looking too well for ex- Gambian president Yahya Jammeh after the United States banned him and his family from setting foot in the country ever.

The U.S. Department of State, on December 10, announced that the former president was barred from the country because of his heavy involvement in corruption and human rights violations. According to the statement:

The Department is publicly designating former president of The Gambia, Yahya Jammeh, under the terms of Section 7031(c) of the Department of State, Foreign Operations, and Related Programs Appropriations Act of 2018, due to his involvement in significant corruption.  Section 7031(c) provides that, in cases where the Secretary of State has credible information that foreign government officials have been involved in significant corruption or a gross violation of human rights, those individuals and their immediate family members are ineligible for entry into the United States.

Jammeh is currently living in Equatorial Guinea since his ouster in 2016. It took negotiations, a military intervention by the  Economic Community of West African States (ECOWAS), threats from the international community, visits by about half a dozen heads of state and an immunity deal for him and his family before he agreed to not only relinquish power but also leave the country after losing the December 2016 elections to current president Adama Barrow.

Jammeh is accused of summary executions, disappearances, torture, rape and other crimes during his 22-year rule, and is currently under investigation by an 11-member truth, reconciliation and reparations commission.

He has also been accused of stealing more than $50 million from the state, according to the country’s justice minister and of going away with more than $11 million and a number of luxury vehicles when he left the country in 2017.

According to records, Jammeh loves the United States and even has property in Potomac, Maryland. 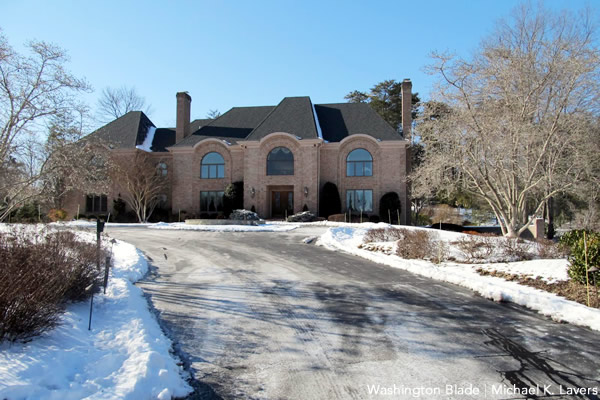 According to a former employee, the ex-dictator and his wife considered the U.S. a favourite destination, usually accessed by private planes. Their daughter is a student in an expensive boarding school in Manhattan.

Questions abound as to why the U.S. waited two years before issuing such a designation to the ex-president.