On Thursday, the University of Cape Town (UCT) will remove the statue of British colonizer Cecil Rhodes from campus grounds, after it recently became a target of students who view it as a symbol of “institutional racism,” reports the BBC.

Rhodes was a politician and businessman who expanded the British Empire during the tail end of the 19th Century by passing legislation that effectively disinherited Africans of their land with the Glen Grey Act and looked to erase African voting rights with the
Cape Parliamentary Registration Act of 1887. 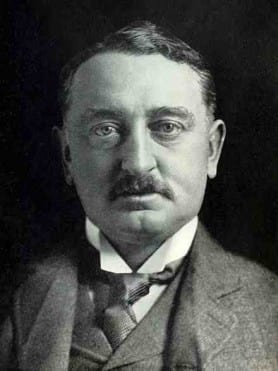 Last month, students who were fed up with the enduring symbol of White imperialism protested Rhodes’ statue by defiling it with excrement, prompting school officials to seriously consider whether its continued existence on campus grounds is necessary.

“The university’s 30-member council governs the institution and is made up of staff and students. In a statement released after the vote on Wednesday, the council said it had immediately applied to the heritage authority to have the Rhodes statue taken down.

The council said it would temporarily remove the monument, over concerns for its safety, while the authority considered the application. “ 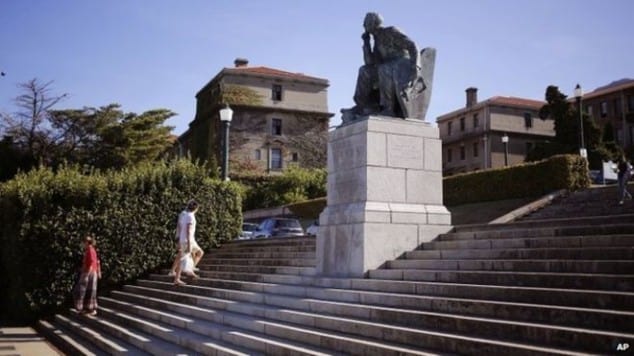 Rhodes’ statue isn’t the only one to be targeted. The statue of Paul Kruger, a contemporary of Rhodes, recently had green paint thrown on it as well.

Not surprisingly, many White South Africans are unhappy with the removal of Rhodes’ statue as well as the possible removal of other White figures throughout South Africa.

“On Wednesday, crowds of White South Africans rallied at statues of Paul Kruger in the capital Pretoria, and Jan van Riebeeck in Cape Town, saying they were part of their heritage and should not be targeted.

A White protester at his statue held a placard which read: “Hands off our heritage. This is genocide.”

“We need to craft a new symbolism to remember and commemorate the colonial and apartheid past that is not based only on icons of white supremacy like Jan van Riebeeck and Paul Kruger but shows freedom fighters, black and white, who opposed it.”

SEE ALSO: THE DAY I STOOD UP ALONE: A TED TALK