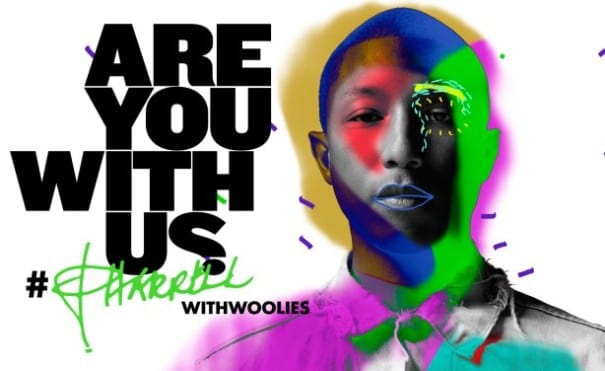 SEE ALSO: “The Day I Stood Up Alone”: A TED Talk

Woolworths, which is affectionately called “Woolies,” has created the hashtag #PharrellWithWoolies “to work together to uplift education in South Africa, for food farming that goes easy on the planet, and to create fashion that’s not just cool, but also sustainable.”

Calling out to the world’s citizens who care about the environment — and the children who live in it — Pharrell challenges the masses to get involved in a four-pronged approach: his fans can register to win a seat to his private, one-night-only concert, artists can submit their designs for a chance to be featured on a bionic yarn T-shirt, donors can give money to South Africa’s schools by swiping their Woolies card each time they shop, and singers can compete in a competition that will be announced this May.

Watch Pharrell’s “Are You With Us?” message here: