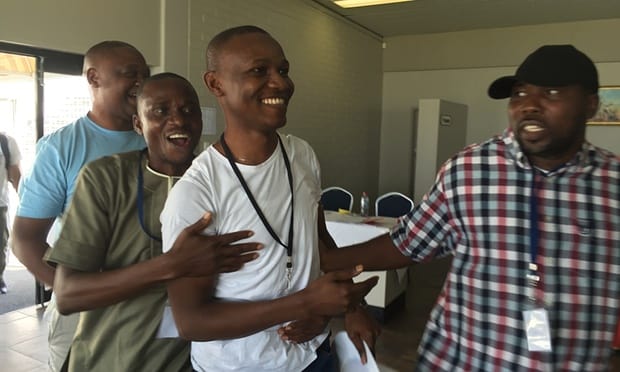 Nigeria came out on top in the English-language World Scrabble Championships Sunday, with the championship win of Wellington Jighere (pictured center) who beat 129 competitors Sunday to take the crown in Perth, Australia, the Guardian reports.

Arriving in Perth with his team just the day before the tournament meant that he and his teammates were forced to play immediately after a 20-hour flight and a seven-hour time difference.

On how he managed to compete in spite of the jetlag, 32-year-old Jighere, who is the first African to win the competition, said that his fatigue training helped, even though prior to arriving in Perth, he had already played 31 rounds of matches in four days. 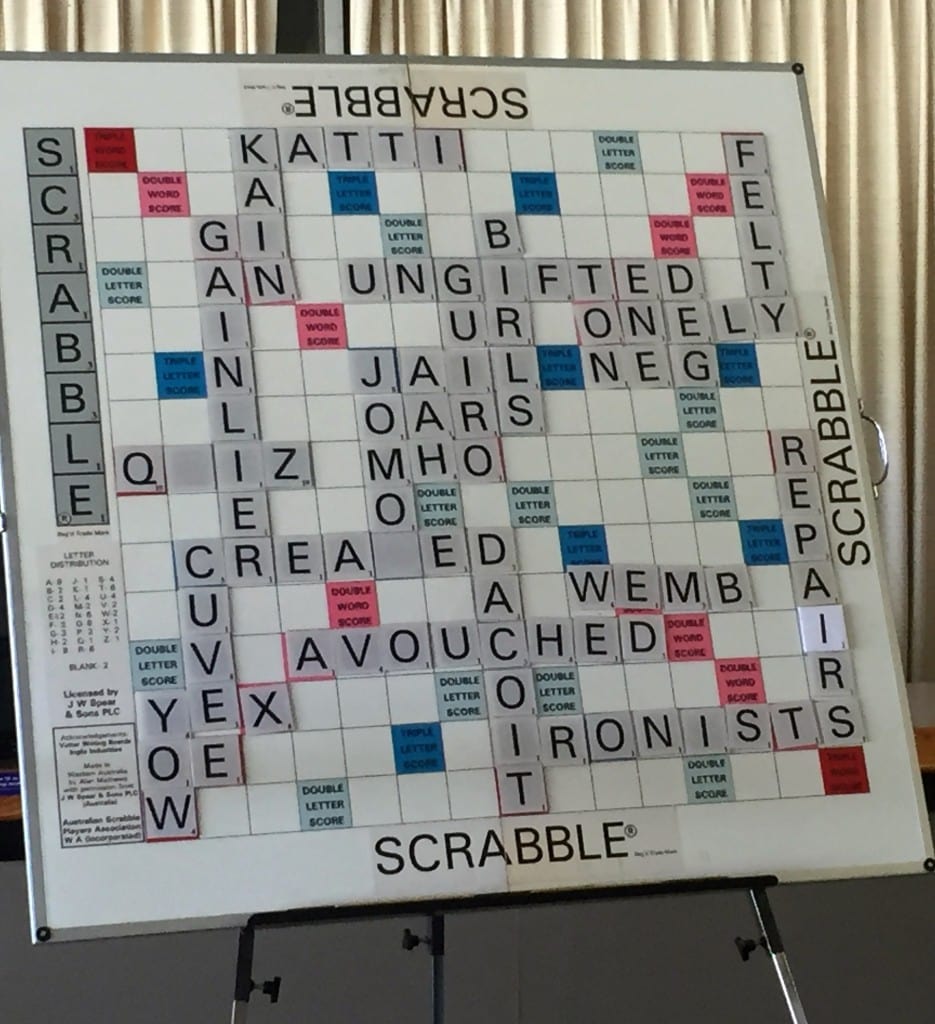 After accepting the congratulations of the spectator room Jighere walks into the open tournament where his teammates are competing and the orderly proceedings are broken by the shy winner’s thumbs-up. The clinking of Scrabble tiles and soft murmur of voices are briefly replaced by joyful whooping as four other Nigerian players throw back their seats to [run] and hug Jighere, and the room breaks into applause. 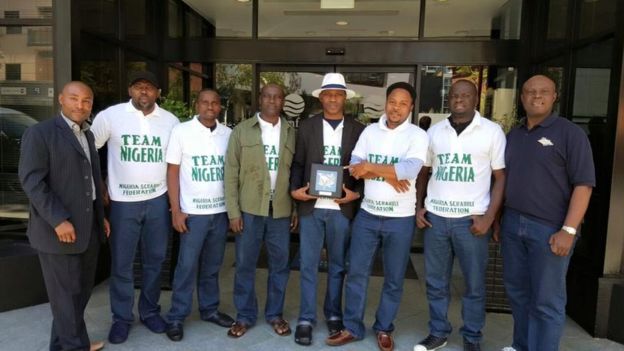 “Team Nigeria” also finished the competition as the best team.

About the win, Jighere said that he was “baffled,” particularly because he was exhausted and had “not slept well in about a week.”

On its significance, Jighere, who came in third in the Mumbai Scrabble championships in 2007 and 11th in Malaysia in 2009, said, “It is the first time that an African has won in these world championships so I have to go and celebrate with them.”

Nigerian President Muhammadu Buhari reportedly called Jighere, who is fresh off of completing his national service following his graduation from university, to “rejoice” and let him know that he had “done the country proud.”

Jighere will soon be returning home with his $10,000 prize.