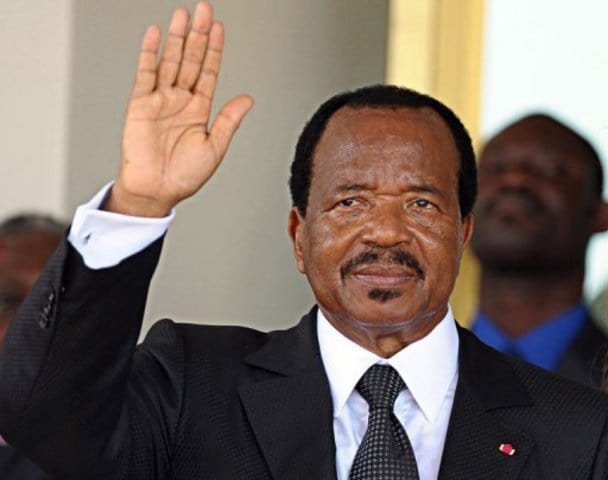 Despite having no military background, President Paul Biya of Cameroon consistently ranks as one of the worst dictators in the world. Biya is a career politician who previously held several leadership positions under former President Ahmadou Ahidjo. In 1982, Ahidjo resigned from office and installed Biya as a chosen successor. Relations between the two, however, quickly deteriorated and Ahidjo fled in to exile.

In 1984, Biya foiled a military coup against his government. In the aftermath, he solidified his hold on power. President Biya regularly makes elaborate pretensions of conducting democratic elections, but in practice, Cameroon remains under his tyrannical grip.

Under Cameroon’s constitution, Biya has sweeping executive and legislative powers. In 2008, he forced a constitutional amendment that removed presidential term limits and made him eligible to seek re-election indefinitely.

At 83 years old, Biya rarely makes public appearances in Cameroon, choosing instead to spend as much as three months straight holidaying in exclusive European resorts at the expense of his fellow countrymen.

He is also Africa’s highest paid head of government with an annual salary of nearly $500,000 — more than 229 times that of the average Cameroonian. He surely needs to save his countrymen all that money.