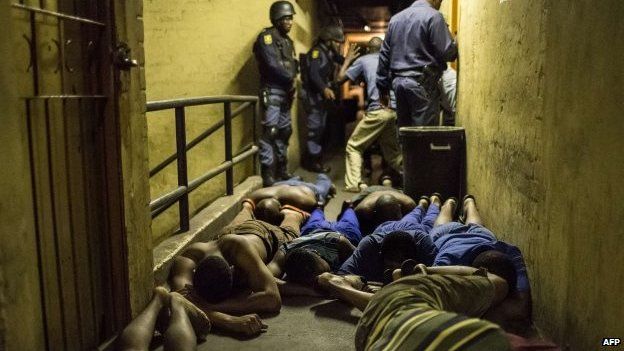 With seven people being killed by South Africans in a rash of xenophobic violence in recent weeks, on Tuesday, the government sent the army to a number of hostels (pictured) in order to deter further violence, reports the BBC.

One of the areas soldiers were sent to included the KwaZulu-Natal province, where violence first began about three weeks ago against foreigners, and the indigent township of Alexandria, where Mozambican Emmanuel Sithole was recently killed. 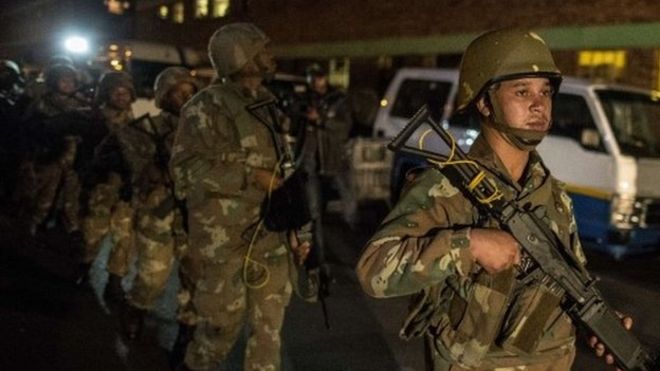 Hostels used to serve as mine laborers’ homes during Apartheid.

While no weapons were found during the raid, 11 people were still arrested for stolen items and the possession of marijuana.

Many are said to believe that hostel residents may have been tipped off about the raid.

Defense Minister Nosiviwe Mapisa-Nquakula explained that the soldiers were deployed “as the last resort. The army will serve as a deterrent.”

This week, more than 900 foreigners have been repatriated to their respective countries and 5,000 have reportedly been left homeless in the wake of the violence.

Since foreigners have been targeted in South Africa for supposedly taking jobs away from locals, residents of the targeted countries have been speaking out.

In Harare, Zimbabwe, riot police recently broke up a protest outside of the South African embassy (pictured): 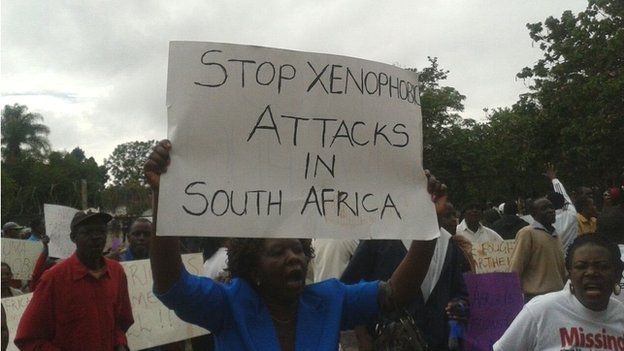 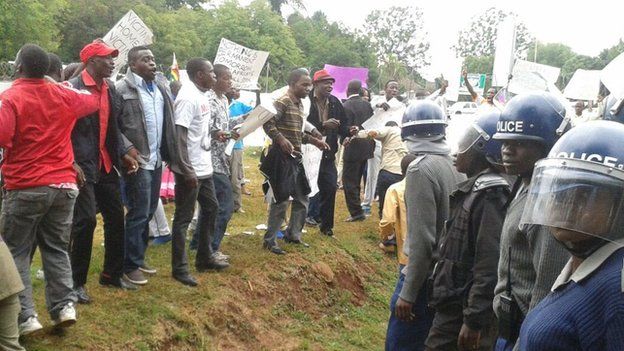 On Twitter, hashtags regarding xenophobia (pictured) are mounting, with many discussions focusing on the boycotting of South African goods: 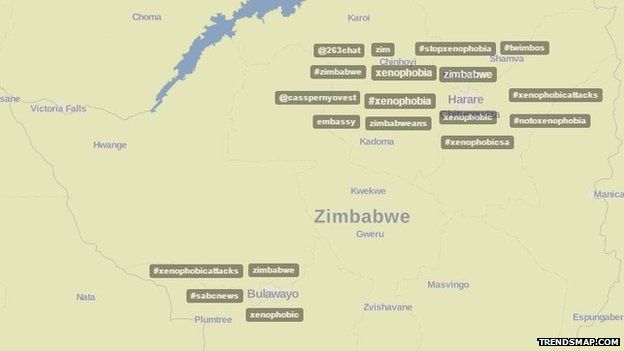 In Zambia, protesters also came out in their numbers to protest the treatment of their countrymen at the South African High Commission in Lusaka (pictured): 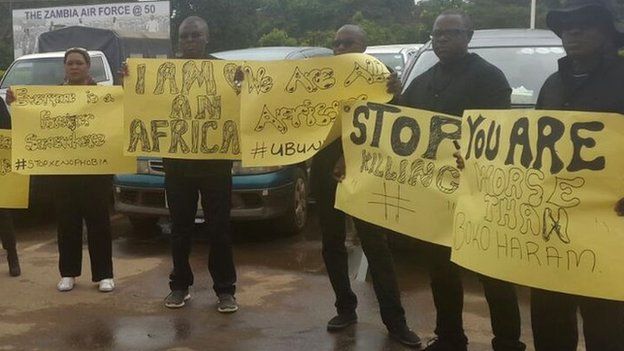 Zambians are also taking their grievances to Twitter with the hashtag #BlackFriday:

Millions of Africans from other countries work in South Africa – perhaps 1m from Zimbabwe alone – and the violence against some of them has been met by anger and solidarity online from across the African continent. Especially in Nigeria, Ghana and Kenya as well as inside South Africa itself, thousands of people on social media used a hashtag, #XenophobicSA, to condemn attitudes in the country.