Zimbabwe’s national rugby union team were given a poor welcome when they arrived in Tunisia for a World Cup qualifier forcing them to sleep on the street on Monday.

The players of The Sables protested after they were held for six hours by immigration when they arrived and then sent to a hotel which was in a poor condition. 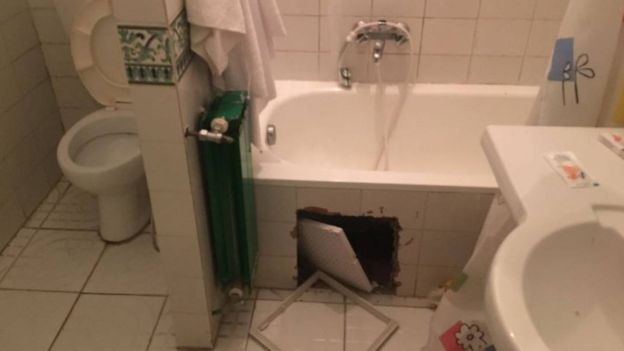 Photos of the team sleeping on the street with their luggage went viral on social media on Tuesday and Rugby Africa, the administrative body for rugby union in Africa, apologized for the situation, adding that a suitable accommodation had been found for them in Beja, reports the BBC.

Zimbabwe’s National Rugby Team, The Sables have been forced to sleep on the streets of Tunisia, due to lack of provision of accommodation, while they got ready for their next Rugby World Cup qualifier match. Zimbabwe has accused Tunisia and Rugby Africa of neglecting the players. pic.twitter.com/AshYTOkw3k

The Tunisia Rugby Union said that it had no hand in the incident. Its representative, Khaled Babbou, said there was “no intention to destabilise our opponents” before Saturday’s match in Beja.

“Something went wrong for which I am sorry‚ but this was corrected this morning in consultation with the Sables management team. I can assure you that there was absolutely no intention to destabilise our opponents and we will make every possible effort to ensure they have a good preparation ahead of Saturday’s match,” he added.

The Sables of Zimbabwe will play Tunisia in Beja, west of the capital Tunis in the Africa Rugby’s Gold Cup competition. The winner will qualify for the 2019 Rugby World Cup in Japan.