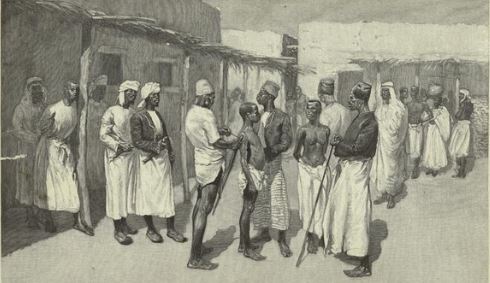 This was a somewhat rare form of slavery but very popular in West Africa. People were offered as pawns to secure an agreement, make payment or erase a debt that could not be paid. People kept as pawns were restricted and often kept under protection until the other party completed their end of the bargain. Pawns were set free after a while or after the death of someone involved in the agreement. In very rare cases, pawns were stuck with their new owners for life but were treated well. They were often children who would grow to become a part of the family. At their own will, a pawn could leave for his or her original home once he or she was an adult.

Chattel slavery like the transatlantic slave trade existed in North Africa and was practised mainly by Arab traders before the coming of the Europeans. Many Africans who partnered with British, Spanish and Portuguese slave traders had no idea about the inhumane treatment that slaves taken to the West went through until the trade had become a lucrative and uncontrollable venture. The ignorance of the local slave traders does not, however, justify the treatment of slaves during the transatlantic slave trade.